The US Call for a New Relationship 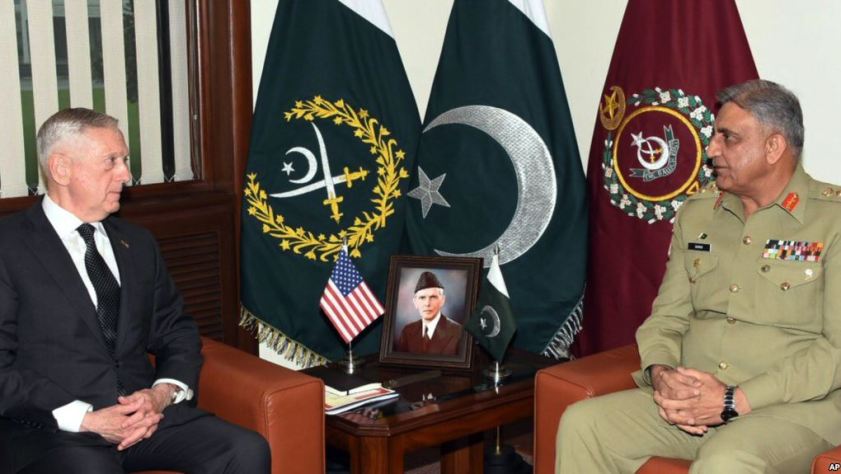 ‘Trust, but verify’ an Old Russian proverb that President Reagan liked to repeat often. Trump is neither the first President nor he is going to be the last to criticize Pakistan of deceit and threaten to cut off American assistance. Notwithstanding, the last six decades of the US support, the US has failed in cultivating an ally in Pakistan nor has it meaningfully changed the nature of its relationship with Pakistan, which can be best described as ‘transactional.’ A quid-pro-quo relationship between the two has never been established with regards to the assistance they both offered to each other. In truth, United States has never really trusted Pakistan.
President Trump avowed in his New Afghan Strategy that the US has been paying Pakistan ‘billions of billions of dollars at the same time they are housing the very terrorists that we are fighting for,’ but the mantra should be put to a halt. Likewise, the US must be conveyed boldly to stop continuing its false claims that Pakistan shelters the ‘agents of chaos’ and be reminded that friends don’t put each other on notices.

Similarly, statements and avowals that India now is the strongest ally to the US, disturbs Pakistan, chiefly because of the irony at Trump administration’s part which only sees the glittering Indian market but pay no heed to the growing Indian ceasefire violations across the LoC and the atrocities India commits against the unarmed civilians of the Indian held Kashmir.

The recent visits and statements however by the senior US officials and Trump’s aides reflect the US call for a new relationship between the US and Pakistan, which once used to be close allies in the US-led ‘Global War on Terror.’

Pakistan’s foreign policymakers at this point must be mindful of the fact that the US is a major trading partner and should adhere to a relationship more than ‘transactional.’ Moreover, the risks and fears at the US part of ‘rampant destabilization and civil war in Afghanistan’ increments further the region already devoid of trust. For, nobody knows whether the US will stay or eventually leave Afghanistan.

The Afghan war has now become a war of logistics, in words of Sun Tzu ‘the line between order and disorder lies in logistics,’ Pakistani supply lines thus provide Islamabad with leverage in the absence of shorter, cheaper and acceptable alternative routes. Given these circumstances, Pakistan should make the best use of the US call towards a more robust bilateral relationship.

The move for a ‘new relationship’ and improved ties began last week with senior Trump aide’s visit to Islamabad to hold talks with Pakistani leaders. Earlier also the impressions that Pakistan and the US were on a collision course were dispelled by a top US general. Likewise, US department’s acting Assistant Secretary for South and Central Asia Alice Wells asserted that the US was not thinking of cutting its ties rather assured that the US still cogitate Pakistan indispensable to the resolve in Afghanistan.

The developments mentioned above clearly indicate that the strained US-Pakistan relations would improve soon and that the suspension in the military aid is also not permanent.

To conclude, achieving long-term stability and defeating the insurgency in the region will be difficult without Pakistan’s support and assistance.