Home Commentary Promises of the Past, Predicaments of the Present and Hope for the...
Facebook
Twitter
WhatsApp
Linkedin
Email
Copy URL 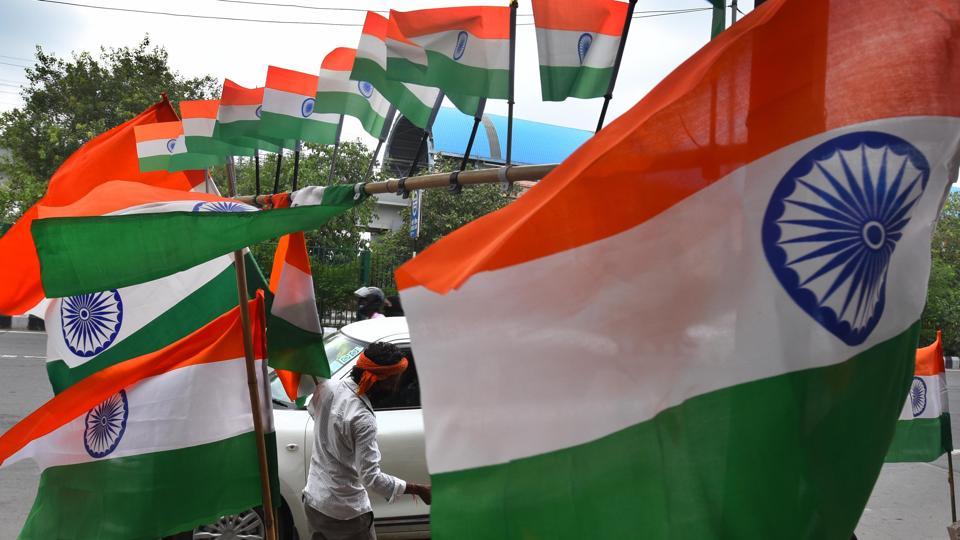 Indians are going to unfurl the tricolour to celebrate the 75th anniversary of India’s Independence on 15th of August 2022. Indian freedom struggle has not only shaped India as a modern constitutional democracy but also shaped the nature of state, society and citizenship. The anti-colonial, anti-capitalist, anti-feudal and anti-imperialist struggle were the four pillars of Indian freedom struggle that laid the foundation of a sovereign nation state promised to pursue a society based on socialist, scientific and secular values to ensure egalitarian citizenship rights without any form of discrimination. These inalienable values are central to the unity, integrity, peace, prosperity and progress of India as a multicultural society and secular state. It is time to celebrate these values and promises of Indian independence, a product of struggles and sacrifice of millions of working-class people across the country. India at 75 is still a young nation but old enough for a critical introspection and evaluation of all the achievements, failures and challenges ahead.

The post-colonial India has manged to pursue economic progress, advancement in science and society in an unprecedented scale.  The United Nations Development Programme has released its 2019 Multidimensional Poverty Index which documents that India has lifted 271 million people out of poverty in a decade a decade. The growth of availability and accessibility to health and education has increased considerably over the years. The infrastructure for transport and communication is visible across the country. These significant improvements are testimonies of welfare state in India.  These achievements are not enough for the masses because of unequal outcomes of a class, caste, gender and urban bias development process. The widening gap between rich and poor, men and women, rural and urban areas, rising unemployment, poverty, homelessness, hunger and food insecurities are crucial challenges India is facing today. These challenges are accelerated by the capitalist development policies followed by the Hindutva government led by Mr Narendra Modi.

The Hindutva government is also trying to transform the nature of state and society concomitant with exclusionary ideology of Hindutva shaped by the RSS. The Hindutva forces led by RSS did not participated in the anti-colonial struggle for Indian independence, but these forces manage to pursue electoral democracy as a means to establish a capitalist Hindu Rastra (state) incompatible with constitutional, liberal and secular democracy in India. The Hindutva ideas and visions are completely opposed to the ideas and visions emanating for the Indian freedom struggle. The flag waving Hindutva nationalism is historically anti-national forces in India. The farmers, youth, students, Dalits, tribals and women were the flag bearers of Indian freedom struggle whereas Hindutva forces were collaborators of British colonial rulers.

Mr Narendra Modi, the Hindutva poster boy and PM of India is campaigning to celebrate the 75th anniversary of India’s Independence by flying the tricolour Indian flag in each houses and families (Har Ghar Tiranga). How do the hungry belly raise their hand to unfurl the national flag Mr Narendra Modi? More than 2 million Indians are homeless. Where do all these homeless people unfurl their national flag Mr PM?  These Indians are not homeless by choice. These people are homeless due to the economic policies pursued by the erstwhile Congress Party and BJP. The successive governments including the Hindutva government today do not care for poor and homeless. These Hindutva and non-Hindutva elites only care for their crony capitalist friends whose profit is expanding in an unprecedented scale while masses are suffering from multiple forms of marginalisation in the country. Hindutva politics is also ruining the multicultural, multi ethnic, multi religious and multi lingual society in India to pursue the idea of Hindutva, Hindi and Hindustan. These monolithic ideas are posing serious challenges to unity, peace, prosperity and progress in India.

The tricolour within Indian flag represents egalitarian, inclusive and secular values of Indian freedom struggle. It represents the sacrifice of all Indians who participated in anticolonial struggles unlike Hindutva forces. It is time to celebrate the achievements of the struggles of the masses for the independent India and equal citizenship rights. Har Ghar Tiranga exposes the hollowness of Hindutva, it is therefore the responsibility of all progressive and democratic Indians to reclaim the Har Ghar Tiranga campaign to defend the values of Indian constitution enshrined in the Constitution of India that the Hindutva forces are destroying on a daily basis, because Indian Constitution is not compatible with Hindutva ideals and visions. Indian state and the government belongs to all the people in India, let’s reclaim it from Hindutva forces and their crony capitalists for the future generation of Indians. The celebration of the 75th anniversary of India’s Independence on 15th of August 2022 is an opportunity to defend Indian constitution and defeat Hindutva in politics, society and culture in India.