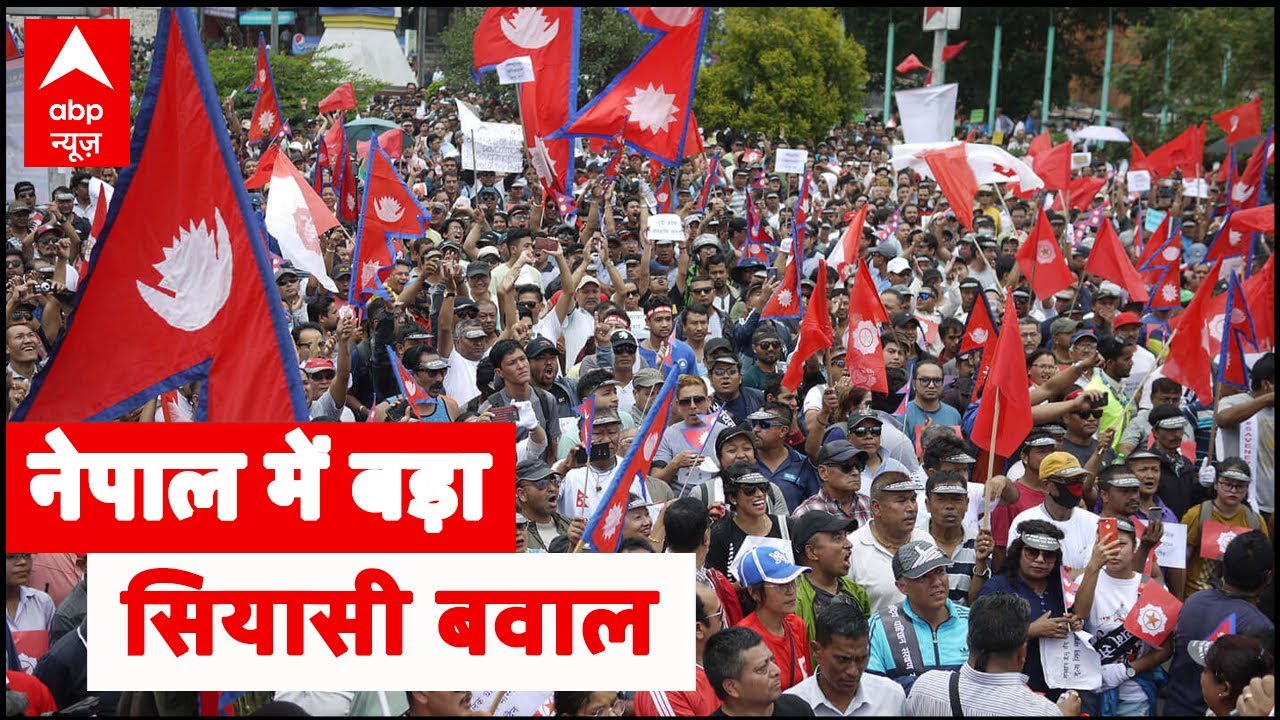 Nepali people had great expectations after the promulgation of a new constitution in 2015 and the formation of the two-third majority government in 2017 led by KP Sharma Oli, for accelerated national development. However, as a result of continued incapacity of the government, and after the dissolution of the house of representatives, time and time again, the country fell into a whirlpool of uncertainty and backwardness.

As a result of a power struggle amongst top leaders of the ruling party, the government completely failed in its performances and service delivery. During the Covid-19 pandemic, the role of the government seemed to be further down than a satisfactory level.  “Hell is empty, and all the devils are here”- it is a line from Shakespeare specifically from ‘The Tempest’. This line suit to leaderships, who have no value and responsibility for poor and marginalized people in a time of pandemic and extreme difficulties.

The extremely poor and unemployed people faced hunger and food insecurity; high numbers of them forced to restrict meals or portion sizes during the pandemic. Workers, who lost jobs, received no monetary, food support, or relief packages.

Hundreds of thousands of people working abroad, who returned to Nepal during the pandemic could not get jobs or food support for their survival and now they are going back to India and Gulf countries for employment; for them, hunger is more dangerous than the virus.

In the federal budget, the government announces billions of rupees Covid-19 stimulus and bailout support packages for formal businesses and the industrial sector, however, it did not touch hunger, poor and unemployed people. The government was only pushing the problem to lengthen by not providing enough relief materials and cash incentives.

Extreme poverty is a condition in which a person or community is lacking in the basic needs for a minimum standard of well-being and life due to lack of income.

As a result of the pandemic, the increase in poverty runs parallel sides with unemployment, hunger, high risk of infections and fatalities, and higher crime rates. In long run, poverty is harmful to both the poor and the rich people equally.

In Nepal, around nine million people are living in extreme poverty and around 5 million are undernourished. This figure would certainly rise owing to the Covid-19 pandemic and it is expected to have the greatest impact on poverty and economic growth. The increase in poverty runs parallel sides with unemployment, hunger, a high risk of infections and fatalities, and higher crime rates.

The same people who have historically suffered from poverty are persons with disabilities, Dalit communities, abandoned children and displaced persons, landless persons, or those with very few assets, bonded laborers, illiterate and unemployed populations, among others, who have continually been lacking adequate support and services and have been compelled to live in deficient circumstances.

Experts claim that as a result of the pandemic, around a million malnourished people will be added and poverty may increase at the rate of one percent for every three percent loss in economic growth.

Based on a report of a task force formed by the National Planning Commission of Nepal, it revealed that during the Covid-19 pandemic, last year Nepal lost 193 billion in GDP, 1.6 million workers lost jobs and 1.2 million poor have been added. Before covid-19, 15.9 million people were employed in different sectors, however, after Covid-19, 2.56 lakh in the informal sector and 1.2 million people in the formal sector lost their jobs.

The national GDP of Nepal is expected to grow between 1.5-2.8 percent this fiscal year while the growth would be roughly three percent in the next fiscal year, the World Bank said.

Moreover, as per the report, Industrial capacity declined to 30% from its earlier 60% and around 80% of cottage industries were closed. Lost to the transport sector was estimated at Rs. 54 billion and in the agriculture sector Rs. 19 billion loss has been assessed.

The tourism sector, which contributes more than three percent in GDP, is in a state of complete closure. It would take years for airlines, hotels, and other sectors of the tourism industry to recover from this shock.

The agriculture sector contributes 27 percent of GDP. Its share in the economy is expected to decline. The highest contributors in GDP business other than agriculture such as real estate, construction, forest, communication, and services have also been seriously affected.

Remittance in Nepal is expected to drop by a whopping 14 percent and the private sector, which has around 65 percent share in the economy, is facing severe losses by this pandemic.

Nepalese economy, both in terms of GDP and employment is survived by the farmers, labors working abroad, and workers in informal sectors, who are the most neglected groups of people by the state.

They contribute approximately half in national production and two third in employment. But interestingly government takes no responsibilities to support these backbones of the economy. During a pandemic, it exposed terribly the government.

The majority of poor people in Nepal live in rural areas and small towns where there are no jobs, the schools and health centers are abysmal, and state service delivery are not effective, people from these areas are migrating to big cities especially in capital city Kathmandu for jobs and better livelihood.

Poverty is the result of inequity in society rather than an individual’s own fault.  As a result of increasing economic, political, and social discriminations, more conflicts in society are likely to occur.

Income inequality, which is apparent in both urban and rural contexts, affects and is affected by many other forms of inequality, such as inequalities of wealth, political power, and social status. Income is a major determinant of quality of life, affecting the health and well-being of individuals and families, and varies by social factors such as sex, age, and race or ethnicity.

There was widespread criticism that the federal government was heavily involved in the misappropriation of resources in the procurement of materials and medicines during the pandemic. The local governments have also seen severely embroiled in irregularity and misuse of funds. Many local level leaders were arrested by the local administration in charge of corruption and distributing substandard food grains.

Our agriculture sector is still in a primitive stage. If India stops exporting food grains and vegetables, we might be in crisis and we have no alternative plans in time of emergency. Interestingly, our farmers did not get even fertilizers in time even by paying price.

In the western and far western mountainous regions, food supply by the World Food Program of the United Nations has been a yearly routine job; the long queues for rice have been a never-ending phenomenon. Approximately 45 of the country’s 75 districts fail to produce enough food to meet the population’s basic needs. Our food distribution system seems to be weak and least effective.

Nepal, with poor health facilities, is also weak in preparing and implementing post-disaster recovery plans. Corona’s death rate has reached 0.6% (6 person/thousand), one of the highest in the region. Sooner or later, Nepal may escape the virus but not the economic crash in days to come.

Racial, gender and ethnic discriminations backed by politics are also causing a vicious cycle that leads to poverty and inequalities. Due to the widening gap in inequalities, rising poverty, and lack of resources, it is expected to affect performances of education, health, nutrition, food security, child mortality, maternal and child health.

Even in the normal period in Nepal, when the economy performs satisfactorily, the trickle-down effect to the poorest people spotted insignificant; it widened only the inequality gap, and wealthy people benefitted from the economic growth.

According to reports, it is estimated that around 10 percent of the urban poor population lives in informal settlements in Nepal and they are vulnerable during an epidemic. Moreover, around 5 percent of infected people are seriously sick and most of them require intensive medical care.

Nepal, with poor health facilities, is also weak in preparing and implementing post-disaster recovery plans. Corona’s death rate has reached 0.6% (6 person/thousand), one of the highest in the region. Sooner or later, Nepal may escape the virus but not the economic crash in days to come.

There are hundreds of programs linked to poverty reduction in Nepal and the federal government, states, and local governments spent billions of rupees on these programs. According to some research, most programs are perceived as less effective in poverty alleviation and more supportive in the reproduction of poverty.

As the government’s overall policy has never been least supportive to weak and poor people, the recent incidents of irregularities, inefficiency, negligence to combat against Covid-19 have exposed ill-distribution of resources and wealth only favoring the interests of the “wealthy elite” or the “financial aristocracy”. Such deep-rooted dreadful practices could never narrow down inequalities and poverty in society.

Political turmoil, poor governance, and corruption have always been major causes of deprivation in Nepal, and the never-ending political instability has always hard hit the impoverished people, whose sufferings seem to be also never-ending.

When the incapacity of government and its institutions diminishes to protect people and to provide basic support and services, it can have detrimental consequences for the citizens, especially for the impoverished, and the way in which the government operates the systems makes their lives more difficult and causes more poverty. We can blame not only a single government and a single party but also all the previous governments and the parties were also equally responsible for destroying the nation.