India and China: The Risks of a Reset 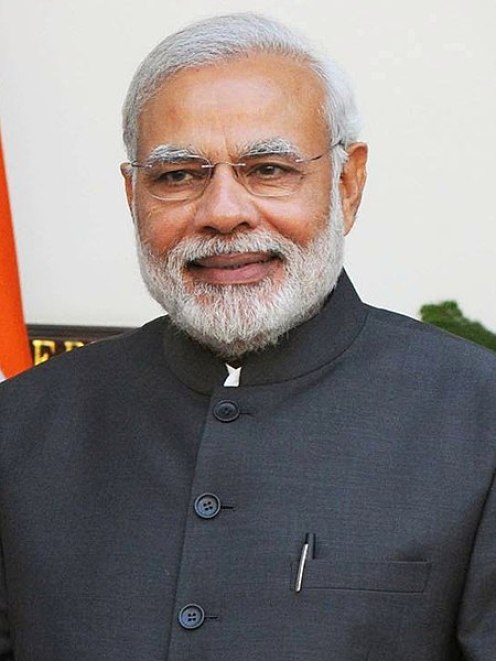 Modi’s visit to China this week could lead to an easing of their strained ties—but any reset will benefit Beijing far more than New Delhi.

When Indian Prime Minister Narendra Modi travels to Wuhan, China on April 27, many will be waiting with bated breath to see whether there will be a reset in India-China relations. On the Chinese side, Foreign Minister Wang Yi is already setting the tone, promising “a new starting point in the relationship” after a particularly difficult year of high-profile disagreements. Whatever the outcome of the summit, however, Modi should be wary of such rosy promises: As Japan has already learned the hard way, a reset in relations with China at this stage is likely to benefit China far more than its counterparts.

Japan’s experience should be a cautionary tale for India. Tokyo spent decades investing in deepening economic ties with Beijing, hoping that a China that was integrated globally would rise peacefully, enabling the eventual resolution of all pending bilateral issues. China, however, used the space provided to build its economic and military capabilities and cultivate North Korea as a deterrent to Japan. To this day, China refuses to accept any Japanese sphere of influence, and continues to arouse anti-Japanese sentiments in the Chinese media whenever convenient.

India must avoid falling into the same trap. Delhi has long sought to compartmentalize its disputes with all its neighbors, hoping that economic ties and people-to-people relations will over time build trust to help resolve any lingering border disputes. While this policy has worked with some of India’s immediate, smaller South Asian neighbors, history suggests that it is unlikely to succeed with China.

More than two decades after the 1962 war, Sino-Indian relations improved after the 1988 visit of Prime Minister Rajiv Gandhi. The two countries sought to build people-to-people ties and economic relations while putting the border issue on the backburner. Today China is one of India’s top economic partners and the two countries do collaborate globally in the World Trade Organization (WTO) and on issues like climate change.

China has used the last four decades of peace with India to create its economic miracle and modernize its military. India’s economy, by contrast, has not grown consistently at double digits, and its military modernization is decades behind what it should be. Meanwhile, the border disputes are no closer to resolution, as last summer’s outbreak of hostilities along the Doklam plateau made clear.

The fundamental problem is simple: India believes it is China’s equal, but China does not believe the same of India. South Block mandarins may believe that a high-level visit will “break the ice” and help resolve key issues. But while Beijing may play along to give Delhi the pretense of a victory, at its core China is pursuing a policy consistent with its decades-long, adversarial strategy in Asia.

From the start, the “peaceful rise” of Communist China has been a function of Beijing’s savvy ability to convince other countries to give up their own areas of influence. China has achieved this by building economic and strategic relationships with the immediate neighbors of its competitors—in India’s case, all of its South Asian neighbors—and then egging the neighbors on to push back against perceived hegemony by the country in question.

Starting from the 1950s, China built a close relationship with Pakistan, an alliance which today has a strong military, nuclear, and economic component. From assistance in the nuclear arena to protection at the United Nations Security Council, China has openly supported Pakistan. In return, Pakistan has become, in the words of scholar and diplomat Husain Haqqani, China’s secondary deterrent against India.

Beijing has consistently encouraged Pakistan’s desire for parity with India, and its pursuit of superpower allies who would provide economic and military assistance to enable its debilitating competition with India. The $53 billion China Pakistan Economic Corridor (CPEC), the showcase initiative of China’s Belt and Road Initiative (BRI), is a prime example. All the massive infrastructure being built inside Pakistan will provide China with access to the Persian Gulf via the port of Gwadar. Unless Pakistan’s economy grows substantially, the country will only end up further in China’s debt under the project’s massive high-interest loans.

Knowing full well that all of India’s smaller neighbors bear a latent resentment against Indian predominance in the region, Beijing has always used the India card in its relations with these countries. Ever since the 1990s, 60 percent of China’s arms exports have gone to three of India’s immediate neighbors: Pakistan, Myanmar, and Bangladesh.

To be fair, Delhi has often hurt its own interests in the region by intervening too deeply in its neighbor’s affairs and ignoring their interests and demands. While the majority of India’s developmental assistance is provided to its immediate neighbors in South Asia, Delhi has never expended enough resources to provide sufficient aid. Further, India’s ability to deliver projects on time has also been hurt by complacency, bureaucratic negligence, and political indifference.

Sri Lanka is another case in point. Sri Lanka’s relationship with China dates back to the 1950s, during the era of Asian bonhomie and non-alignment. The long civil war in Sri Lanka, and India’s sporadic support for Tamil rebels, hurt India’s relations with the country, creating an environment of mistrust which Beijing has subsequently exploited. Defense cooperation between the two countries began in the 1980s, with Chinese support for the Sri Lankan military in its civil war against the terrorist group LTTE (Liberation of Tamil Tigers Eelam). China has since become the leading provider of arms to Sri Lanka. Beijing pursued closer economic relations with Colombo beginning in the 1990s, and large Chinese investments began flowing after 2003. The relationship has only deepened since the Chinese inked a deal to build the Sri Lankan port of Hambantota in 2007.

Bangladesh owes its creation to the 1970 civil war and the 1971 war between India and Pakistan. Delhi’s level of trust with Dhaka is better than with Colombo, but this has varied depending on which government is in power in Bangladesh. Bangladesh is critical to India’s security, especially its northeastern states, but Delhi’s policy has traditionally been one of emphasizing security while ignoring the economic needs and interests of its immediate neighbor.

China supported the government of West Pakistan during the 1971 war, but over the next few decades it built close relations with Bangladesh. China is Bangladesh’s top trading partner, with most of its investment focused on infrastructure, from bridges and highways to power plants.

Most recently, China has set its sights on Nepal, which has long been seen as India’s buffer with Tibet and China. Nepal is also the only Indian neighbor with whom India has an open border policy, which has helped trade and tourism but has also created security challenges. Delhi had strong relations with the Nepalese monarchy for decades, while it supported the nascent democratic movement within the country.

But Nepal’s own identity issues and long civil war, Delhi’s support to the ethnic Madhesis in Nepal, and the perennial fear of Indian economic might overwhelming the smaller landlocked Himalayan state have increasingly led Kathmandu to turn to Beijing for economic assistance. In 2016 a Madhesi-led blockade of the India-Nepal border led Prime Minister K.P. Oli to sign deals with China that allowed Nepal to use Chinese roads and ports. Nepal also supports China’s Belt and Road Initiative, with Oli stating that Nepal would like to remain “neutral” between India and China. Just a few days ago, as part of BRI, China proposed a trans-Himalayan trilateral corridor connecting China, Nepal, and India. New Delhi is wary of any such corridor and will attempt to dissuade Kathmandu from accepting it as well. But the fact remains that China is already the second largest trading partner of Nepal—and the two countries are deepening their military cooperation as well, to India’s consternation.

Modi should not let China’s charm offensive obscure its fundamentally hostile actions. Beijing has mastered the art of using a democracy’s own tools against it. The formula is simple: first, instigate a minor conflict with a country like India (as happened last summer in Doklam); then, display aggression and rattle sabers; then summon traditional and social media platforms to create a major stir—and then, after enough time has elapsed, offer talks or back off, playing the role of the conciliatory peacemaker.

The endgame is to allow that country’s own leaders, media, and business elite to make the argument for why that country should talk to China and avoid conflict. This leads to a semblance of “win-win” cooperation and enhances Chinese prestige, all without forcing China to surrender one inch of its territory or give up on any core interest. Unfortunately, this line of thinking has clearly taken hold of much of India’s leadership in recent months. In December 2017, BJP General Secretary Ram Madhav stated that “China is our important neighbor and we want to strengthen our ties with it” and also remarked that “engaging with China” was “the best available option” for the resolution of the issue of Tibet. Since January 2018, senior BJP leader Subrahmanyam Swamy has stated that instead of “embracing” the United States, India should hold secret talks with China to improve relations.

Modi should beware of this trap. South Asia and the Indian Ocean region were and should always remain India’s core area of influence. Any signs that Delhi is willing to accommodate Beijing’s interests in these regions will only hurt Indian interests.

The article appeared in the American Interest published on: April 25, 2018
Aparna Pande is Fellow and Director of the Initiative on the Future of India and South Asia at the Washington-based Hudson Institute. Her latest book From Chanakya to Modi: An Evolution of India’s Foreign Policy (Harper Collins India) was released in July 2017.