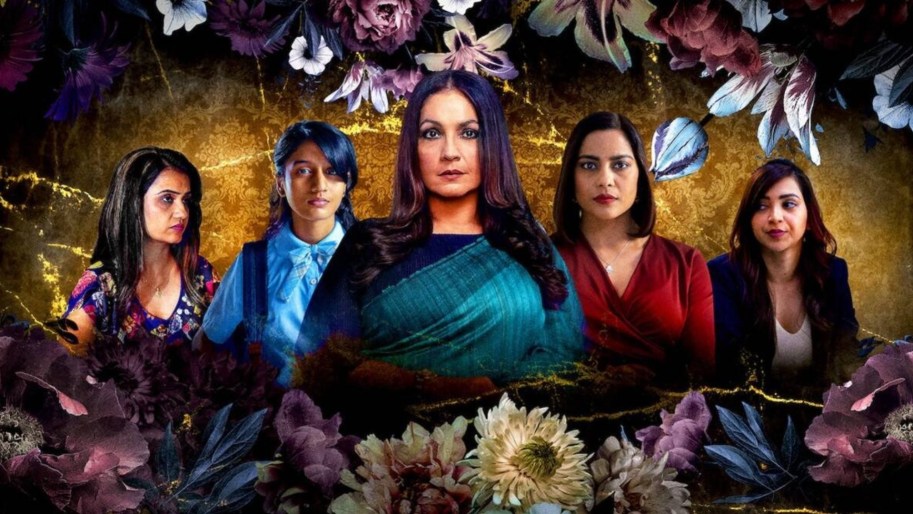 Alankrita Shrivastava’s Bombay Begums depicts women’s professional success’s struggles and fragility in a context where gender scripts remain immutable. And despite its formulaic writing and uneven performances, the film’s celebration of the female desire and experimentation with sexuality is noteworthy. Unhindered by India’s morally diffident sexual culture, the series privileges the female gaze, bisexual imageries, and sexual ambitions of women rupturing the heteronormative regularities of marriage and family.

Despite this uplifting narrative of choice and sexual pluralism, I argue that Bombay Begums turns sex (and “sexiness”) into a consumer good that is packaged to the female (sexual) entrepreneur in the upbeat language of choice, agency, and freedom. In the process, women are unwittingly moulded as complaint subjects of neoliberalism. I ask if this shift in women’s representation democratizes desire or reproduces objectification? More generally, I wonder what the dangers of combining a seemingly flexible sexual apparatus under neoliberalism are?

Female desire under neoliberalism
Broadly speaking, neoliberalism is economic and political rationality marked by privatization, deregulation, and a state’s systematic withdrawal from several social provision areas. As a noted economic geographer and political anthropologist, David Harvey puts it, “neoliberalism is, in the first instance, a theory of political, economic practices that proposes that human well-being can best be advanced by liberating individual entrepreneurial freedoms and skills within an institutional framework characterized by strong private property rights, free markets, and free trade.” Hence, embodying this neoliberal ‘ethic’ implies subjects that are self-managing, autonomous, and enterprising.

Notably, it is also a seductive ethic as it allows a putative erasure of caste-class barriers through the neoliberal triad of aspiration, ambition, and consumerism. This shift of making every citizen a good consumer and an enterprising agent of her economic destiny abounds in all-female (and male) characters in Bombay Begums. From the impeccably dressed, luxe-loving upper-middle-class boss-women of “Rani Irani” (Pooja Bhatt) and “Fatima” (Shahana Goswami) to “Lily” (Amruta Subhash) a sex-worker who is determined to achieve social mobility through sheer entrepreneurism, shrewdness, and hard work. Conceivably, neoliberalism alleges to bridge social inequalities by self-optimization. By relying on a narrative of personal responsibility, it risks ignoring the wider structures of inequality. The responsibility here is decidedly hinging on the entrepreneurial subject, and its achievement is made conditional on mastering the neoliberal ethic. Lily’s success in opening the ‘machine factory,’ although immediately appealing, epitomizes this ethic. More interesting is when desire gets caught in the neoliberal drama of social class distinctions creating divergent sexual aesthetics for the female characters. While upper-middle-class women’s (Rani and Fatima’s extramarital sexual liaisons with their corporate heavyweights) desire is crafted in the language of legitimacy, openness, and an abundance of choice, it is rendered illegitimate, foreclosed and morally wrenching for its marginal others (such as Lily, whose Dubai-based lover offers her a socially inferior status of a ‘kept wife’s).

That said, Bombay Begums captures the tentativeness of navigating this new sexual landscape with sharp poignancy. While the lead characters celebrate sexual pleasure and self-expression by turning (socially stigmatized) promiscuity on its head, it also shows how this seemingly liberal ethic peddles old sexual stereotypes wrapped in a new, glossy postfeminist guise. This paradox is best portrayed by the media shaming of Rani following the betrayal of her male lover, as well as Fatima’s marriage that crumbles under the burden of her infertility or Ayesha’s mother’s relentless persuasions to get her married to a “strong man” disavowing her daughter’s fondness for same-sex friendships. This hybrid discourse of women’s freedom and simultaneous surveillance by male codes of honor is neoliberalism’s ‘bastard child.’

What does this ethic hold for contemporary sexual politics? Authors have noted that neoliberalism’s political rhetoric aligns well with the values of diversity, pluralism, and flexibility. This implies that under neoliberalism, one can expect heteronormative scripts weakening or becoming flexible and same-sex lifestyles no longer being criminalized. Certainly, increased openness in the portrayals of LGBT lives is evident in the popular media. However, these representations often get trapped in the logic of consumerism. That is, the focus of these new representations does not necessarily offend heteronormativity but is more on imagining a ‘gay lifestyle.’

For example, the character “Ayesha” (Plabita Borthakur as an ambitious and spirited woman engaging in bisexual encounters) in Bombay Begums is positioned as inhabiting a free, dynamic, avant-garde, consumerist lifestyle; one that is desirous of individual freedom and self-determination. By expanding the market’s logic to the previously sexual ‘marginals,’ neoliberalism configures non-binary persons as appropriate consumers. Social scientists have cautioned us that this alleged expansion of a right to sexual privacy also runs the risk of narrowing the ‘political’ in the name of individual freedom. In other words, it crushes and depoliticizes a collective, democratic gay movement under the weighty logic of the self. Seen this way, sexual diversity and ideals of (consumer) inclusivity are utilized as potential routes to achieve economic success.

To be sure, this trend of how sexual visibility being expressed in consumerist logic is not unique to Bombay Begums. In fact, with other women-centric shows, including Four More Shots, Please! (Amazon Prime), Bhaag Beanie Bhaag (Netflix), Masaba, Masaba (Netflix), Inside Edge (Amazon Prime), Aarya (Hotstar), OTT platforms are acknowledged to be rewriting Bollywood’s rules in crafting women with power, sass, and sexual savviness. In this model, to be successful and assertive, women have to engage in compulsive consumption, workaholism, and ‘sexual entrepreneurship’-a condition where sexual freedom is intimately entangled with neoliberal consumerism. As such, evidence of sexual entrepreneurship is widespread in our popular culture. She can be seen in magazine sex advice, advertising, social media, or as a self-help guru intervening to rejuvenate ‘dysfunctional’ sex lives.

Arguably, the rise of the sexual entrepreneur coincides with a contemporary shift in sexual permissiveness, suitably capitalized by the OTT platforms. OTT platforms are replete with content that showcases new forms of sexual experience, fondness of sex scandals, glamorous love affairs, and panics around sex. I argue that this sex-positive OTT activism is not without contradictions. While it ushers a discourse of choice and empowerment at one level, it also sexualizes a culture where sexual objectification of women (and girls) is repackaged as empowerment.

Bombay Begum’s portrayal of “Shai Irani” (Aadhya Anand as the lonely teenager and the contemplative sutradhar of the series) is both significant and disturbing in advancing this logic. While the series runs the risk of sexualizing children, particularly young girls (or the Lolita Effect, as it is otherwise known in academic scholarship), by making them desirable sexual objects of the adult gaze, it nonetheless reveals the anxieties of pubescent teenagers inhabiting a rapidly shifting sexual landscape. Shai and all other female characters are incited to be compulsorily sexy and always ‘up for it’ in which sex is a labor that requires upskilling and re-skilling of their bodies.

This is movingly evident in young Shai’s anxious obsession with her undeveloped breasts while attempting to discipline her body through expensive padded bras, sexed-up clothing, and make-up. Similarly, Fatima’s struggles with infertility compel her to re-skill her body to meet the demands of the ‘maternal markets’-fertility treatments, sperm donation, egg freezing, and children. Since neoliberal femininity is constituted by economic productivity, maternity in this model is associated with economic redundancy anxieties. It is interesting to see how in one of the chic corporate dinners that Fatima attends, she assures her corporate friends with the neoliberal mantra of ‘have it all’ where professional women successfully combine high-profile careers with motherhood. In both cases, the sexually agentic (and fertile) representation renders them into the service of patriarchal consumer capitalism. Ironically, sexual entrepreneurship as a neoliberal project of self-expression and self-realization is a new kind of confinement for young girls and women. Seen this way, feminist ideologies become the handmaiden to achieve this neoliberal ethic.

Overall, Bombay Begums’ (and other women-centric shows in OTT platforms) celebrating sexual openness involves ingenious marketing of a lifestyle that the urban upper-middle class can purchase through a range of divergent consumption choices. And in their representation of ‘successful’ femininity, there is a risk of Third Wave feminism being trapped in the discourses of choice and freedom that are complicit rather than critical of neoliberalism.

Tannishtha Samanta is an Associate Professor of Sociology at FLAME University, Pune. Her work lies at the intersection of family sociology and aging studies. In another inquiry line, she examines the nexus of motherhood, sexual politics, and medical markets. She tweets: @tannistha14