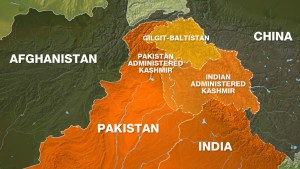 On June 24, 2018, a Pakistan Army soldier, identified as Sepoy Niaz Ali, was killed in an exchange of fire across the Pak-Afghan border in the North Waziristan District of Khyber Pakhtunkhwa (KP) [the Federally Administered Tribal Areas (FATA) merged with Khyber Pakhtunkhwa (KP) on May 31, 2018]. “We shall… complete the fencing undeterred,” Director General (DG) Inter-Services Public Relations (ISPR) Major General Asif Ghafoor vowed, as he tweeted news of the sepoy’s death. He added that Afghanistan’s cooperation was required [for fencing of the border], and that this was in the mutual interest of both countries.

This was the second cross-border attack coming from Afghanistan in 10 days. On June 15, 2018, five terrorists and three Army soldiers were killed during action when militants from across the Pak-Afghan border attempted multiple raids on Pakistani posts in the Shawal area of the North Waziristan District. According to ISPR, SFs repulsed the attempts to overrun posts and inflict major damage. During exchange of fire, three Army soldiers Havaldar Iftikhar, resident of Sargodha (KP), Sepoy Aftab from Chitral (KP) and Sepoy Usman, resident of Gujarat (Punjab), were killed.

On June 3, 2018, SFs repulsed attacks from across the Pak-Afghan border, killing six militants in the Bajaur District of KP. ISPR disclosed that the attacks targeted border posts and border fencing parties. SF personnel had foiled seven infiltration attempts in the Bajaur area alone during the preceding 24 hours. An ISPR Press Release stated: “Four security personnel and a soldier of the Pakistan Air Force, deployed at an observation post, got injured during the exchange of fire… Taking advantage of ungoverned spaces and [with] facilitation [from] inside Afghanistan, terrorists are resorting to such attacks to prevent fencing and construction of border posts.”

On May 13, 2018, at least six Army personnel, including a junior commissioned officer, were killed and another injured in a terrorist attack near the Afghan border in the Shawal Valley area of North Waziristan Agency. Security officials stated that members of the Bomb Disposal Squad (BDS) were clearing a road near the Afghan border for SFs, when a group of terrorists from Afghanistan’s Paktika Province ambushed them. No militant group has claimed responsibility for the attack.

On April 26, 2018, three militants and one soldier were killed during an exchange of fire along the Pak-Afghan border in the Mohmand Agency of KP. The deceased soldier was identified as Sepoy Farman Ullah (21).

On April 15, 2018, at least five Frontier Corps (FC) personnel deployed on the Pak-Afghan border were killed, and another five injured in an attack from across the border, at a border post in the Laka Tika area of the Kurram Agency in KP. ISPR stated that FC troops were fired upon from the Khost Province of Afghanistan while they were busy in “routine surveillance along Pak-Afghan border for plugging of gaps and making necessary preparations for starting fencing in that area.”

In a series of tweets posted on his official account, ISPR Director General (DG) Major General Asif Ghafoor disclosed, on November 13, 2017, that there had been an increasing trend of cross-border terrorist attacks on Pakistani posts from Afghanistan. Almost 308 terrorist attacks had taken place in 2017, the highest number since 2012, when 324 attacks were reported. On an average there have been 248 attacks every year since 2012. About 29 soldiers were killed in the attacks over the preceding six years.

Pakistan’s unilateral fencing and construction of new observation posts on the long border with Afghanistan is a bone of contention between the two countries, as well as with the militants who have been crossing over the border at will. Afghanistan contends that the installation of a physical barrier would make this border permanent. In September 2005, Pakistan had announced for the first time that it had plans to build a 2,611-kilometre fence (1,230km in KP and 1,381km in Balochistan) along its border with Afghanistan to check armed militants and drug smugglers moving between the two countries.

The conflict over the legitimacy of the Durand Line – the border imposed by Imperial Britain – between Pakistan and Afghanistan is more than a century old. The Durand Line, named after British diplomat Mortimer Durand, was drawn in 1893 as the international border between British India and Afghanistan in an agreement with Afghan ruler Abdur Rahman Khan. No Afghan Government has accepted the border since the creation of Pakistan in 1947, on the grounds that the agreement with the British lapsed after their withdrawal from their Indian empire, and because it divides the Pashtun ethnic homeland and tribal communities living on both side of the border. These tribal populations are accustomed to moving back and forth freely and, in some cases, own land on both sides of the border.

Pakistani plans for mining and fencing the border were renewed on December 26, 2006, but were again opposed by the Afghanistan Government. The South Waziristan Agency of FATA saw a border skirmish in April 2007. Pakistani SFs operating in South Waziristan made a three-tier security deployment on April 11, 2007, to stop cross-border infiltration by militants into Afghanistan. Pakistan fenced 12-kilometers of its border stretch with Afghanistan to ‘choke off’ cross-border infiltration, but Afghan troops tore down the fence on April 19, leading to a gun-battle, though there were no casualties.

Despite Afghanistan’s opposition Pakistan later started excavation work on a several-hundred-kilometer-long trench along the Balochistan border in April 2013. After about three years of constant efforts, an 1,100 kilometer trench in Balochistan along the Afghan border was completed on June 20, 2016. The 11-foot-deep, 14-foot-wide ditch on the entire stretch of the border was excavated under the supervision of FC at a cost of PKR 14 billion.

After the border skirmish with the Afghan Army on May 5, 2017, the Pakistan Army initiated work on constructing fence along the 2,611-kilometre long border between Pakistan and Afghanistan on June 20, 2017, with an anticipated budget of PKR 56 billion (USD 505 million). According to ISPR, the process of phased fencing on the Pak-Afghan border has commenced on the directions of the Chief of Army Staff General Qamar Javed Bajwa. In Phase 1, high infiltration-prone border areas in the Bajaur, Mohmand and Khyber agencies of FATA are being fenced. In Phase 2, fencing of the remaining border areas, including Balochistan, is to be executed. Besides fencing, the Pakistan Army and FC are constructing new forts/border posts to improve surveillance and defensibility.

To demonstrate the progress on the Pak-Afghan border fencing, ISPR arranged a trip for journalists from the national print media to Miramshah Valley on February 9, 2018. A senior Army officer at Miramshah Divisional Headquarters told the reporters that fencing on 830 kilometres of the 1,229 kilometers-long Pak-Afghan border covering the Chitral and FATA region would be completed by December 2019. Thousands of soldiers and hundreds of vehicles are deployed at 14 different sites on a daily basis to undertake the task of fencing from Chitral to South Waziristan, putting in 7,000 man-hours for the installation of pre-fabricated material. The first phase of the project, which will see the fencing of 432 kilometres of the most critical points along the border, is slated to be completed by the end of 2018. The second phase, called “desirable”, would see the fencing of another stretch of 400 kilometres. The entire project was set to be completed in the next two years.

As part of the project, construction of 150 of the 443 planned forts, some on mountaintops as high as 12,000 feet, had been completed. Another 750 forts with an inter-fort distance of 1.5 to 3 kilometers are under construction or at a planning stage. Meanwhile, according to February 10, 2018, report, at least 1,100 border posts have also been established.

Despite the Pakistan Army’s claim of strengthen border management along the Pak-Afghan border, cross-border attacks on border check-posts have occurred at regular intervals and resultant in the death of SFs. In the meanwhile, the border’s porosity facilitates the movement into Afghanistan of Pakistan-backed terrorists of the Taliban and Haqqani network, among others, and this flow has not diminished in any measure. The border fencing is evidently intended to legitimize contentious borders. Controlling cross-border infiltration appears to be little more than a pretext.