“Time is running out,” said Salih Hudayar, prime minister of the East Turkistan Government in Exile and leader of the East Turkistan National Movement, at a news conference Thursday (Jan. 19). “If China’s genocidal policies and colonialism continue, Uyghurs and other Turkic peoples … will cease to exist as a people within 50 years.”

Mamtimin Ala, strategic adviser of the ETGE, said the world has an “inescapable, sacred and humanistic responsibility” to stop the genocide. Speakers at Thursday’s conference said the violence can only be halted via East Turkistan independence. They noted that while the overwhelming majority of Turkic people from the region practice Sunni Islam, the movement for independence is not tied to any form of Islamic extremism.

Ghulam Yaghma, president of the ETGE, announced that the exile government and East Turkistan National Movement would soon be releasing a 300-page report to combat Chinese propaganda about East Turkistan and the Uyghurs. A nine-page summary of the report is available online. 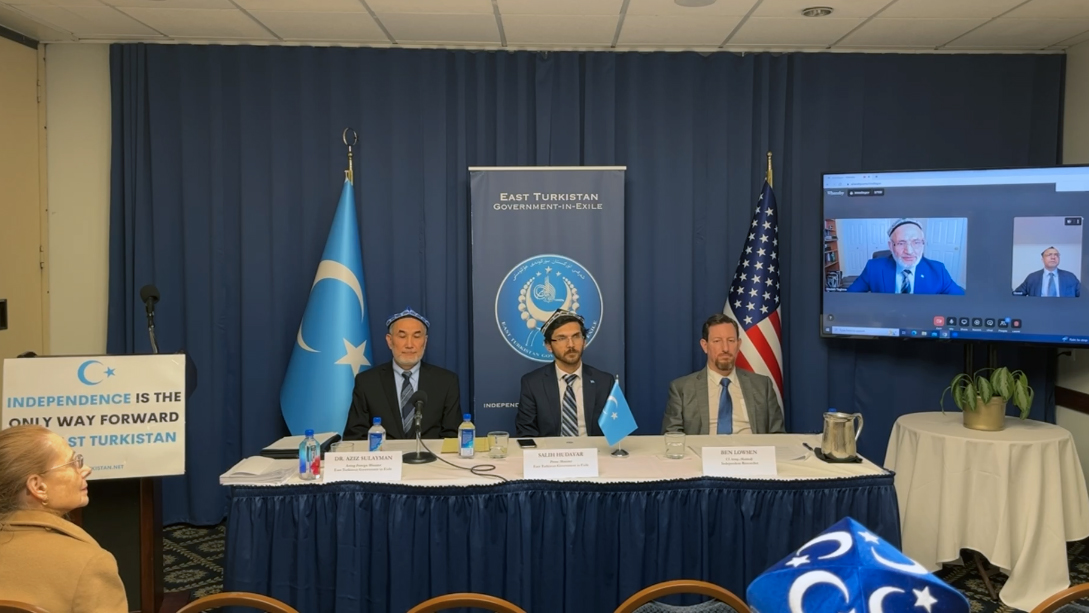 China has long targeted Uyghurs in the East Turkistan/Xinjiang region, where there is a history of tensions between the group and the Chinese majority Han people. In response to the Uyghur independence movement and an uptick in Uyghur attacks against civilians in 2014 — which East Turkistan groups claim were actually carried out by Chinese intelligence operatives — President Xi Jinping began detaining reportedly more than 1 million Uyghers in prisonlike camps for alleged infractions, ranging from having more than two children to wearing a headscarf.

RELATED: The world needs to make China pay for its maltreatment of the Uyghurs

Despite global attention on the plight of the Uyghurs, China has unilaterally denied accusations of genocide and forced labor. While the government acknowledged the existence of the camps, it called them “vocational education and training centers” and said they were designed to promote counterterrorism. The government maintained that the centers closed in 2019. The United Nations has been unable to confirm whether the camps are still in use, but in a 2022 report, the U.N. contended that “the legal and policy framework that underpins the operation” remains and could be reengaged at any time.

The U.N. report detailed mass detention in camps where Uyghurs and other Muslim-majority groups endured forced labor, birth control, abortions and unidentified injections. Detainees interviewed for the report also described torture, sexual violence and being in a state of constant hunger and surveillance. They said they were forbidden from speaking their languages or practicing their religion and were subjected to overt political indoctrination. 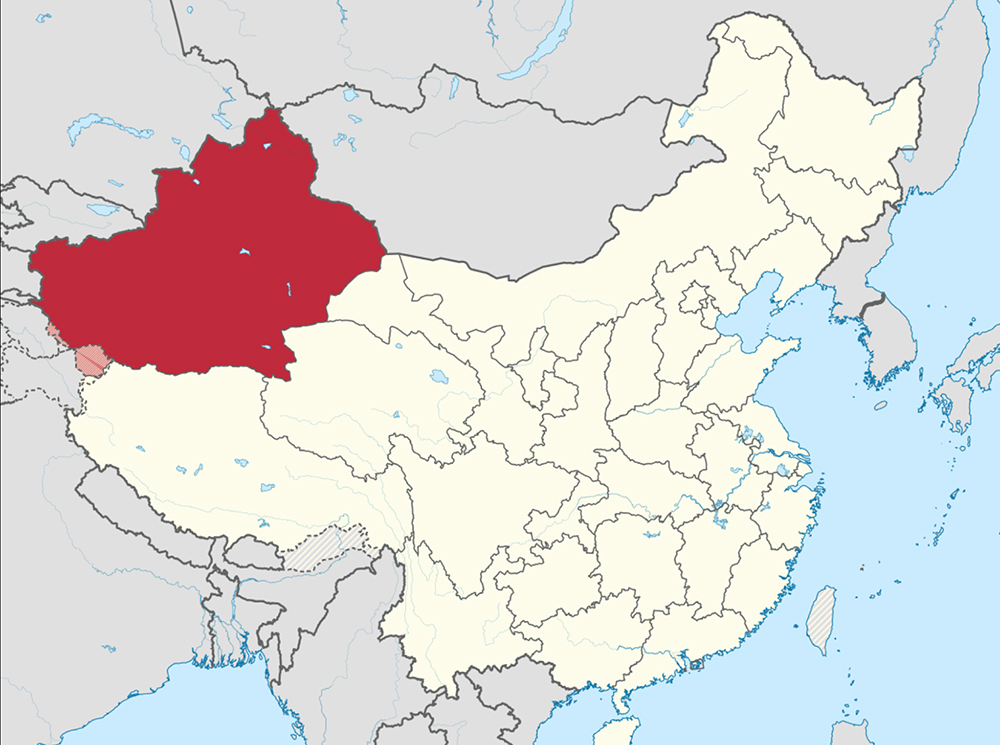 The Xinjiang province in western China where many Uyghurs live. Map courtesy of Creative Commons

Since January 2021, other governments, including Canada, France, the United Kingdom and the Netherlands, have joined the U.S. in condemning China’s actions as genocide. In December 2021, Congress passed the Uyghur Forced Labor Prevention Act, which presumes that products made in Xinjiang were manufactured with forced labor and blocks them from entering the United States. But the leaders at Thursday’s conference said those actions fell short.

“The only way forward for people of East Turkistan … is to restore our independence and our freedom,” said Hudayar. “That is the only way to truly end the genocide and ensure the survival of our people.”