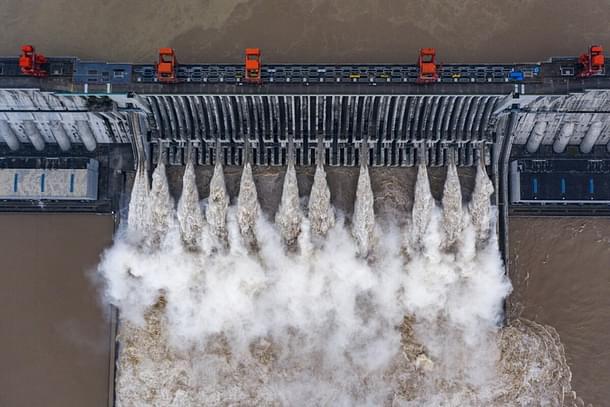 India is taking steps to counter any potential misadventures by China in the Brahmaputra River, reports say.

The proposed 11,000 MW hydro power project on the Brahmaputra in Arunachal Pradesh’s Upper Siang district is being reportedly ‘redesigned’ due to concerns over China’s proposed 60,000 MW hydropower project in Medog, Tibet.

According to reports, the design of the Indian project now includes a “buffer storage” of 9 billion cubic meters of water during monsoonal flow.

This could act as a reserve for water normally available from the Brahmaputra or protect against sudden releases.

The move is being seen as a precautionary measure to ensure the protection of India’s water resources in the event of any misadventures by China in the Brahmaputra.

In 2017, amidst increasing tensions between India and China, Beijing halted the sharing of data on the Sutlej and Brahmaputra rivers, citing that the flood had caused the destruction of the hydrological gathering sites. Data sharing was resumd only in March 2018.

The Brahmaputra, also known as the Yarlung Tsangpo in China, is a transborder river that originates in the Mansarovar lake and flows 1,700 km within Tibet, 920 km in Arunachal Pradesh and Assam and 260 km in Bangladesh.

It accounts for nearly 30 pr cent of freshwater resources and 40 per cent of India’s hydropower potential. Diverting its flow could mean agricultural impacts downstream in Assam and Arunachal Pradesh.

The concern is that China’s proposed 60,000 MW dam in Medog could reduce the natural flow of water from the Brahmaputra, away from India during lean patches, or worse be used to trigger “artificial floods” which is a matter of “concern to India,” said sources.

The “pre-feasibility report” on the 11,000 MW project, which is more than five times the size of the largest such projects in India, has been submitted to the Central Electricity Authority for appraisal in December by the National Hydropower Corporation (NHPC) last month.