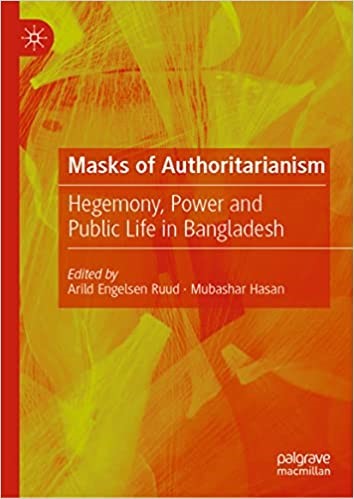 Political Scientists Steven Levitsky and Daniel Ziblatt, in their masterpiece work entitled How Democracies Die (2018), perfectly portrayed the contemporary democracies’ breakdown across the world. The central argument of their work was that democracies die not only in the hands of military generals but also in the hands of democratically elected politicians and leaders. The first way to break down democracies was to change institutions, the vital pillar of liberal democracy. In many parts of the world, democratically elected presidents or prime ministers violated the old institutions, both formal and informal, and undermined the democracies. The exact process of democracy declined happened in Bangladesh, and the country moved from a potential liberal democracy to a hybrid regime.

After a long bloodshed war against the occupied Pakistani army, Bangladesh started its journey towards the promised Sonal Bangla (Golden Bangla) for fulfilling equality, fraternity, and ensuring human dignity.  After a feeble beginning and the military rules for two decades that heavily impacted the democratic promises of the country, Bangladesh showed the promising possibility of democracy practice since the 1990s.  However, the growing trend of authoritarianism worldwide is manifesting itself in Bangladesh.

Arild Engelsen Ruud and Mubashar Hasan, in their recent book Masks of Authoritarianism: Hegemony, Power and Public Life in Bangladesh, exposed the causes, nature, and consequences of manifested authoritarianism in Bangladesh.  Based on Hannah Arendt’s classic work The Origins of Totalitarianism (2017), the writers flawlessly unmasked the masks of Bangladeshi authoritarianism, its hegemony, power, and the life of ordinary people.

Methodologically this is an enriched and praiseworthy work.  The essays enlisted in the book have been written by more than twenty writers and experts about the politics, economics, culture, tradition, ethnicity of Bangladesh.  Each essay is based on fieldwork or ethnography and focuses on specific aspects of public life.  The book’s central argument highlights the actors who support authoritarianism and why they do it.   The writers argued that freedom of speech is diminishing, and a ‘section of journalists, academics, business people, political parties, secular and Islamist activists all act against the spirit of freedom of speech in Bangladesh. It is a Bangladeshi paradox subscribed its people to impose self-censorship over them.

The book consists of five major sections and an afterword. Each section includes three chapters discussing distinct themes, cases, ideas, and issues. The first part of the book deals with three case studies of local and national journalists and filmmakers, who are persons whose job is to have an opinion on the country’s affairs. Julian Kuttig and Sarker Shams Bin Sharif discuss the new media landscape of a provincial town in the title ‘the everyday politics of rumors and information. They argue that the state’s exercise of power, even at the local level, is a product of local competitive dynamics, at least in part. Culture of fear inspires media, intellectuals, and civil society to impose self-censorship, as Ali Riaz and Fahmid Zaman outlined in the book’s second chapter. Digital security act 2018, writers dubbed it a ‘draconian law’, has heavily obstructed independent journalism in Bangladesh.

Fahmidul Haque, a professor at Dhaka University, argues that cinema making in an authoritarian country like Bangladesh is challenging. He claims that self-censorship is prevalent in the film industry at this moment.

The second section discusses three different tales of ‘insiders’ to the life of politics, activists, and leaders of political parties.’ In the final chapter of the section, Akram Hossain and Mahmudul Haque discuss the survival strategies of Jamaat e Islami, the largest Islamist party in Bangladesh, under the current regime. Based on interviews with Jamaat and Shibir activists, writers argued that the incumbent government makes the political and personal life difficult for the party members and activists.

Section three comprises three subsections; each examines a different aspect of society, including the state’s ostensibly neutral apparatus. According to three perceptive studies, despite feeling uncomfortable for many issues, individual bureaucrats and government officials need to work for the country’s sake. Kajalie Shereen Islam’s chapter evaluates the arguments that academics fall into trapped between the principles of free speech and the reality of much more confusing, frequently nepotistic, and corrupt practices.

Three images of society’s “outsiders” make up part four. On the basis of interviews with rap musicians, Mubashar Hasan and Priyanka Kundu explore the recent scenario and trend of music industry. The writers point out that being critical, especially in a distinctive musical style, elicits hostility and, in many cases, direct threats. The final chapter in this section, ‘Targeted by terrorists and abandoned by the state,’ by Lisa Knight and Ahmedur Rashid Chowdhury, emphasizes vulnerability. Vulnerability, or precarity as they prefer to call it, is not relatively dispersed throughout society.

The fifth section is divided into two chapters, each focusing on a different aspect of vulnerability and selective precarity. Maha Mirza exposes how the government perceives many individuals, families, and communities to impede the government’s megaprojects. ‘In the last chapter, Marte Nilsen describes arbitrary dictatorial interference by government officials, including representatives of the military forces, in lives that are already insecure in Bangladesh, notably in the Rohingya camps. Again, the lack of recourse or avenues of dissent is startling.

Taking all things together, the essays in the book are well-researched, fully documented, and academically weighty contributions to Bangladesh studies. The writers examine the vital areas of creativity, the art of governance, and the economy of Bangladesh. The authors and their essays highlight the importance of the people revolution that Bangladesh has been yearning for. The book is thought-provoking and valuable for changemakers, human rights activists, and interested readers to comprehend Bangladesh properly.