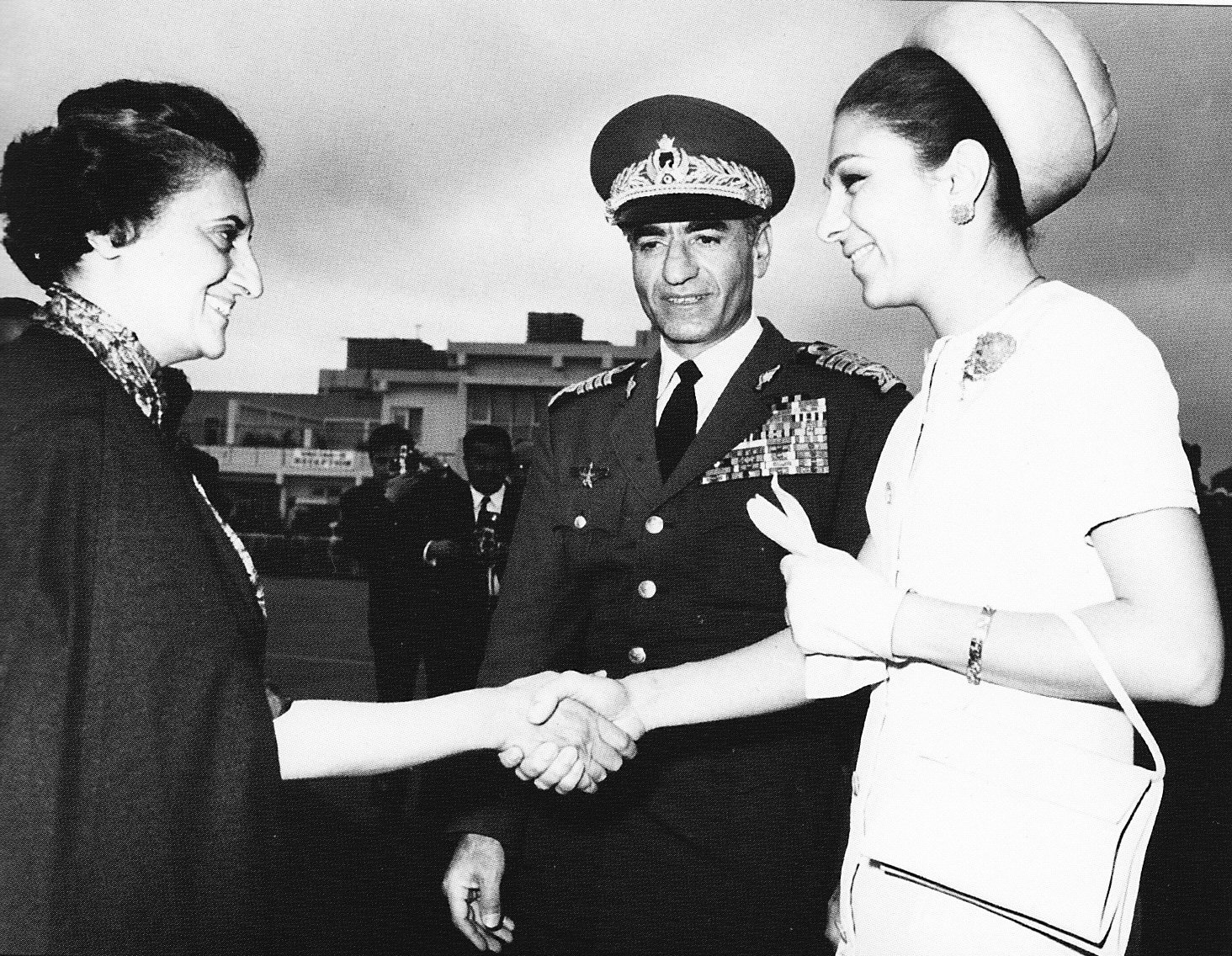 Wars are made by men for they are territorial by instinct. Such is the argument presented by many commentators of the role of gender in the maintenance of societal harmony. The phenomenon of “youth bulge” deserves adequate discussion owing to its novelty and for the simple fact that it presents an interesting argument. Gunnar Heinsohn says that an excess in young adult male population predictably leads to social unrest, war and terrorism, as the “third and fourth sons” that find no prestigious positions in their existing societies rationalize their impetus to compete through religion or political ideology. According to Heinsohn, most of the genocides, wars, terrorism and even the instances of the Rise of Fascism, and the Great Depression, can be explained by a disproportionate increase in the young male population in a land. If this is to be true – that the male population has certain effects on the social dynamics of the world; then the presence of female population would also have certain impacts on the nature of the society.

Leadership is perhaps one major area wherein India needs more women to come forward to take on the reigns. While increasingly women leaders are rising up the ladder, the presence of a glass ceiling is still too visible. Case in point: India. The Indira Gandhi(s) and Indira Nooyi(s) of India are exceptions rather than the rule. There is a need for women leadership to become a rule. It is needed for solving critical issues such as the prevalent disharmony in the society, for the simple reason that women provide the sort of national leadership that men cannot. Women have been, as per research, found to have qualities that are unique and could be advantageous for the growth of communal harmony and national integration. In a sample survey of approximately 16,000 leaders across organizations, it was found that women as leaders come out to be more effective than men.

The research goes on to make an interesting point. It establishes that: “The effectiveness of women as leaders appears to change over time. As women and men begin their careers there is very little perceived difference. Then men soon are perceived to be slightly more effective than women. As women mature they are perceived in an increasingly positive way and more effecting than their male counterparts. The gap between them and men continues to diverge, until they reach their 60’s, when the gap begins to narrow. At its peak the largest difference between males and females is 9 percentile points.”

Does this not remind of the career-graph of late Indira Gandhi, who initially was dubbed as the “Goongi Gudiya” (the mute doll) at her inception into politics, but later rose to become one of the most influential politicians for India’s integration. The above mentioned research further delves into the causes as to why women tend to become better leaders. An interesting finding has been in competency “Practicing Self Development” (which measured the extent to which people ask for feedback and make changes based on that feedback), women tend to perform better with the advancement of their careers while men become closed to feedback and to being corrected. As a result women improve as leaders over time and tend to rectify their mistakes, which over a long period of time gives them an edge and builds them into seasoned leaders.

These are the general trends collected from research over a large sample size. While they may not establish that all men are inferior leaders to women, or vice-versa, they nevertheless do point towards the innate capability of women to be better leaders. Needless to say, that in India, where leadership is perhaps the need of the hour, we need more women to provide the country the essential direction it requires. Women can therefore be the solutions to problems of communal strife and separatism. Women through their leadership can help carve an integrated, unitary and harmonious nation.

The ‘culture of separatism’ can be fought when the 3 Cs are in place – Contact, Common goals and Categorization. According to the 3 Cs model, it is only after the fulfillment of the three conditions will conflicting groups become harmonious. According to this model, when various groups come in contact in a neutral environment, they foster mutual understanding. Which in turn result in greater tolerance towards each other. According to research, women have better communication and networking skills and can thereby play, as leaders, a critical role in fulfilling the first of the three Cs – Contact. Women use communication as a tool to enhance social connections and create relationships, while men use language to exert dominance and achieve tangible outcomes. Women are, overall, more expressive, tentative, and polite in conversation, while men are more assertive, and power-hungry. Women can, for example, use their innate communication and networking skills to form organizations and networks, both formal as well as informal, to develop inter-group understanding.

The second C – Common goals, can bring conflicting groups to come together and do aside with their differences to form a common identity. According to research, men and women also differ in their relations towards others in society. While women strive to be more social in their interactions with others, men value their independence. The society in India, requires more leaders to consolidate people and to forge them into a common nation by giving them common goals. Here as well women seem to have a natural ability to benefit the nation.

Finally, the third C – Categorization; is, in simple words, one of the basic prerequisites for harmony. It calls for people not to see themselves as part of distinct and conflicting identities. For example – they do not see themselves as Hindus or Muslims rather “Indians”, hence, create a superordinate category to define themselves. In behavioural psychology, it is found that men by nature tend to differentiate themselves in order to form a stronger sense of identity. On the other hand, women tend to find common grounds while socializing in order to fulfill their need of identity. Here again, the notion of having a common identity is what India requires in order to free itself from the communal strife and to stand up as integrated. India certainly has to find greater unity in the face of greater diversity.

Apart from cultural differences that cause the inter-community competition and communal strife, economic scarcity has also been identified as a primary reason for the creation of protracted competition and inter-group conflict. Economic scarcity, would come by an increased participation by the population in economic activities. In India, there are approximately 943 females per 1000 males, which means that approximately half of the Indian population is female. Nearly 64.6% of the females are literates which is nearly 320 million. However, only a 25.5% of the total female population engages in economic activities. In fact, out of the 320 million literate females, only around 149 million females are engaged in economic vocations (which is less than 50% of the total literate females). Such a situation reeks of the humungous underutilization of human resources in India. When the additional workforce of women – who are hitherto unemployed – join the workforce of the nation, the economy of scarcity and the resultant inter-group strife will be a thing of the past. Concrete policy measures are required to get women to join the national workforce in large numbers.

The basic unit of the society is the family. Women are the shapers of the mindsets in a households. In fact, much of a newborn’s linguistic skills and even social outlook are formed through the influence of the mother. The role of the female in nurturing healthy familial ties have been stressed in subsequent researches. According to a World Health Organization, a healthy familial atmosphere is fostered by the mother and it is negatively correlated to delinquency in children. In simple words, good maternal care avoids delinquencies in children. Positive influence of women in the household can positively impact the character of the society. Hence, the tendency to look down upon the household role of the woman is essentially detrimental to the society at-large. In order to achieve a peaceful and prosperous society, the household responsibilities need to be given greater admiration.

The place of women in national integration in a democracy is in adequate representation. In a nation where women constitute approximately 50% of the population, their representation in the public sphere is not commensurate. The number of women in the parliament, in judiciary, in the civil services is not proportional to their deserved representation. Perhaps, a true democracy will be born on the day when India sees approximately half of its Parliament seated with women representatives, half of its benches filled with female judges and half of its civil services run by female bureaucrats. Historians have traced the advent of slavery in Rome, and beyond, in parallel with the subjugation of women. Hence, true liberty can only come about with the liberty of the womankind.

The basic idea of democracy is to have a government, which can embody the aspirations of all the different sections of the society. When India was born as an independent nation in 1947, many global intellectuals speculated, how long this democracy would survive. Many are still astonished as how India, despite the various internecine wars and bloody conflicts, has survived. The reason, perhaps, is hidden in the simple fact that we have had women of caliber who have worked, at times in the foreground, at other times behind the curtains, to provide the nation with the critical moral force. Given this reality, India now ventures ahead to become one of the superpowers of the world. A real salute to all contributing women is much overdue.