Will ‘minorities’ now back Ranil for presidency, too? 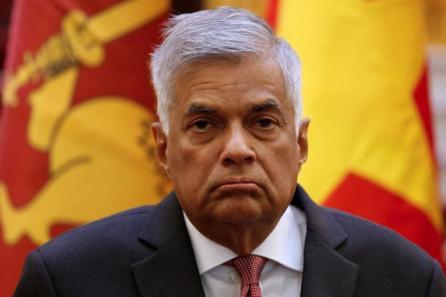 Between them, the LG polls of February and the no-trust vote of April have set the mood and mode for the presidential polls of 2020, which is not unlikely to be held by end-2019. The question is if the ‘minorities’ whose multiple political parties and their MPs have voted en bloc for Prime Minister Ranil Wickremesinghe’s continuance will vote likewise for his candidature or for a candidate of his UNP’s choice in the presidential polls.

If they did so, it would not be the first time, not even the second time that they would have done the Ranil-UNP’s bidding in presidential polls. Needless to recall, incumbent Mahinda Rajapaksa conceded defeat even before votes from his southern stronghold had been counted half-way through. The figures from the Tamil-majority North and the multi-ethnic East, where again the Tamils and Muslims dominate the electorate dominate the poll scene, was enough for him to call quits.

Of course, the Tamils voted with the UNP electorate in the North and the East even in the post-war Elections-2010. The irony was that they voted for the war-time army chief, (now) Field Marshal Sarath Fonseka – and, against war-time President Mahinda R. The Muslims still voted mostly for Rajapaksa, and that also made the difference to Mahinda’s victory-margin, but it was not impossible that he could still have managed to win, riding high on the majority Sinhala-Buddhist vote.

Truth be acknowledged, the Sinhala votes for Mahinda included not only the self-styled ‘nationalist’ hard-liners and their families. They also included middle-of-the-road semi-urban and rural supporter-families of the UNP from the pre-Independence era. They could at last breathe easy that with the LTTE gone, their children and other family members working and/or living in Colombo and other urban centres will be free of eternal terror-threat.

It was also this constituency that promptly reverted back to the middle-path and later on, anti-Rajapaksas, given the ‘liberal democratic’ blood in them. The question arises if Mahinda could have retained this constituency if he had thought beyond the immediate? Rumours and reports of ‘white-van abductions’ and the like apart, they could not stomach Mahinda wanting to grab power and keep it through 18-A, and having Chief Justice Shirani Bandaranayake impeached and such other undemocratic and anti-democratic acts.

It is the story of how victors become losers without external aid or aggression from within. There are no answers to the questions: “What if Mahinda had not contested and fielded another, say, Gota R, in his place for the presidential polls, which he had made a habit to advance at will – another undemocratic act that the urban liberals, whose numbers were spreading down to the south, could not stomach? What if he had not impeached CJ Shirani but had initiated other appropriate legal actions against her, or her husband, who was claimed to be a wrong-doer?

Such questions assume greater and ready relevance in the emerging electoral context, which of course is more than a year away. This is because the more that Ranil and UNP become indebted to the ‘minority parties’ and their constituencies, greater are the pressures that they would face from them, more especially the TNA and allies, especially on war-crimes probe, going beyond the ‘symbolism’ (?) of the kind that the ‘Office of Missing Persons’ now represent.

Going by reports, TNA’s 16 MPs voted against the no-trust motion and with PM Ranil only on a commitment over 10 related issues, including fast-tracking a new Constitution. Ahead of a presidential poll, that again is a live issue, livelier if taken to Parliament. Some of what the TNA wants for the Tamils, including a North-East re-merger, purportedly under a new constitutional scheme, will have few takers in the Sinhala heartland. This could well include many of the traditional ‘liberal democrats’ of the UNP kind.

On other specifics of power-devolution, again, there could be quick return to strong differences between the TNA and much of the rest of the majority Sinhala polity, including some/many in the UNP itself. It is not about ‘Sinhala constituency’ politics as many Tamils and many more in the international community would want Sri Lanka and all Sri Lankans to believe. It is also about the absence of any post-war TNA commitment of the kind that they expect from the Sri Lankan State and the Sinhala polity, to a ‘unified’ nation and a ‘unitary’ Constitution – now, and more so, EVER!

There is then the question of such amendments going in for judicial review, where the Supreme Court has been conservative at best on most counts. Yes, the court in 2016 did rule that talking ‘federalism’ of the ITAK kind did not mean ‘separatism’, but it did not necessarily flow that the court is going to uphold new provisions that may (have to) take the nation and the State away from the ‘unitary’ character enshrined in and ensured by JRJ’s very own Second Republican Constitution of 1978.

Should the court then say such provisions could not be accepted without a public referendum under the present Constitution, then that could become another general election of sorts –- ahead of the presidential polls, whenever held. Ranil or anyone in his place would want it to happen post-presidential poll, rather than ahead of it. It is the kind of double-edged sword that the TNA has picked up all over again, and could well blame the Sinhala polity, all over again, if their non-calculations go awry between now and the presidential polls.

Suffice is to point out it was fears of the kind that had forced the Sinhala majority to vote for a Rajapaksa against Ranil in the forgotten presidential polls of 2005. It is another matter, much of the ‘credit’ (!) for Mahinda’s hair-line victory was (mostly) attributed to a ‘motivated’ LTTE ban for Tamils to vote (for Ranil?). Was it the whole truth, and nothing but the truth.

What then about larger Sinhala voter-perceptions, going beyond the self-styled ‘nationalist hard-liners’ on ethnic issues and solutions –- now as then, with fear and hate for the LTTE replaced only by apprehensions about an inevitable international probe into allegations of war-crimes, even if called ‘hybrid at best’, by whoever, whenever and wherever. The more a presidential candidate, whether Ranil or anyone else from the UNP, or even from outside (possibly including incumbent Sirisena), is seen as courting the ‘minorities’ now, more especially the Tamils and the TNA, greater are the chances of a ‘Sinhala consolidation’ against their opponent candidate, whoever from whichever party and ideology.

The Rajapaksas stand as much an advantage on this score as they stand to continue losing the minorities votes, of both the Tamils and Muslims, and a substantial share of the Upcountry Tamils, too. The irony thus of being a Rajapaksa, whether Mahinda, Gota or anyone else, is that without anyone having to seek it, the ‘minorities’, especially Tamils and Muslims, would not vote for them still.

For Tamils, who voted even commander Fonseka against politician Mahinda, the Rajapaksas are an anathema, also because their Diaspora ideologues seem to have concluded that the politicians are a harder nut to crack. In the case of Muslims, it’s so even after Kandy violence, where the incumbent Government was seen as having failed the community, but not to the levels of the Rajapaksas in power when the Bodu Bala Sena (BBS) started/revived it all, like only the LTTE, of all outfits, had attempted but succeeded to a much greater/worse extent.

This is where the presidential poll campaign seems to have been flagged off already, without anyone knowing and anyone acknowledging. It can in turn trigger issues from within the UNP and the larger UNF on the one hand, and aspirations and accusations from within the TNA and the larger Tamil community and polity, all over again. The Muslim parties seem to be cohesive just now without being cooperative.

But then Kandy has proved to be a reminder of what had happened in the last leg of the Rajapaksa regime, just as periodic Geneva sessions of the UNHRC seems to be weighing down the Tamils and the TNA, likewise, not just viz the Rajapaksas or ‘Sinhala hard-liners’, but against the incumbent Government, which they had voted in, both in general elections and in successive parliamentary votes, including annual Budgets since 2015 and now, the ‘historic’ no-trust vote, which may remain ‘historic’ for all the wrong reasons.

If nothing else, at least to ‘satisfy’ possible rebels from within, including the parliamentary group after the relatively poor showing in the LG polls in Tamil areas, the TNA leadership kept its ‘options’ on the no-trust vote open almost until the end. So did the Muslim parties, especially after the Kandy violence. That was not the case with the Upcountry Tamil parties in the Government. Their Progressive Tamil Alliance (PTA) was believed to be backing the Government, of which they were a part, all along, though they too delayed a formal announcement.

The greater hitch lies elsewhere. TNA’s Selvam Adaikalanathan, belonging to the EROS, was reported to have said that their support to the Government flowed from PM Ranil’s commitment to their 10-point demands. Their demands were all were centred on their ethnic concerns and aspirations – none of it much to do with other aspects of Constitution-making, which was one in their list.

The response to the same, if any from the UNP-UNF side came from PTA’s Minister Mano Ganesan, from among the Upcountry Tamil polity. There was no such commitment from PM Ranil’s side, Mano G reportedly told newsmen, post-vote. Where he represented PM Ranil and or the Government, and whether he had their clearance to say what he reportedly said is in the realm of possibility, not necessarily probability. But then, there by hangs more than one tale!