Will Justice for Sahar be the Tipping Point for Pakistan’s Rule of Law?

After four long and painful years, the parents of Sahar Batool finally got a taste of justice last month. In 2014, their seven-year-old daughter, who belonged to the Hazara minority ethnic group in Balochistan province, was raped, murdered, and left on a pile of garbage in her hometown, Quetta.

The night before the judgment, a video surfaced on social media in which Sahar’s mother made a nationwide appeal for support in her quest for justice. The much-publicized hearing brought together people from different walks of life who awaited the final decision on the case with bated breath. In a flurry of emotions, on March 20, the Anti-Terrorism Court sentenced the accused to three counts of rape, terrorism, and the murder of a minor.

The case has gripped and divided Pakistan and brought into question the country’s ability to deliver justice and protect its children. The latest reports of violent crimes in Pakistan indicate a recent drastic increase in crimes against children in Pakistan, especially of girls. Sahil, a non-profit working for child protection, recently published a detailed report revealing that over nine children are subjected to sexual violence on a daily basis across the country. This has been characterized by a rise in the disturbing trend of the sexual abuse and subsequent murder of children. At the same time, other vulnerable groups such as women, religious and ethnic minorities, persons with disabilities, and transgender people also face severe discrimination and violent acts and have little recourse to justice. 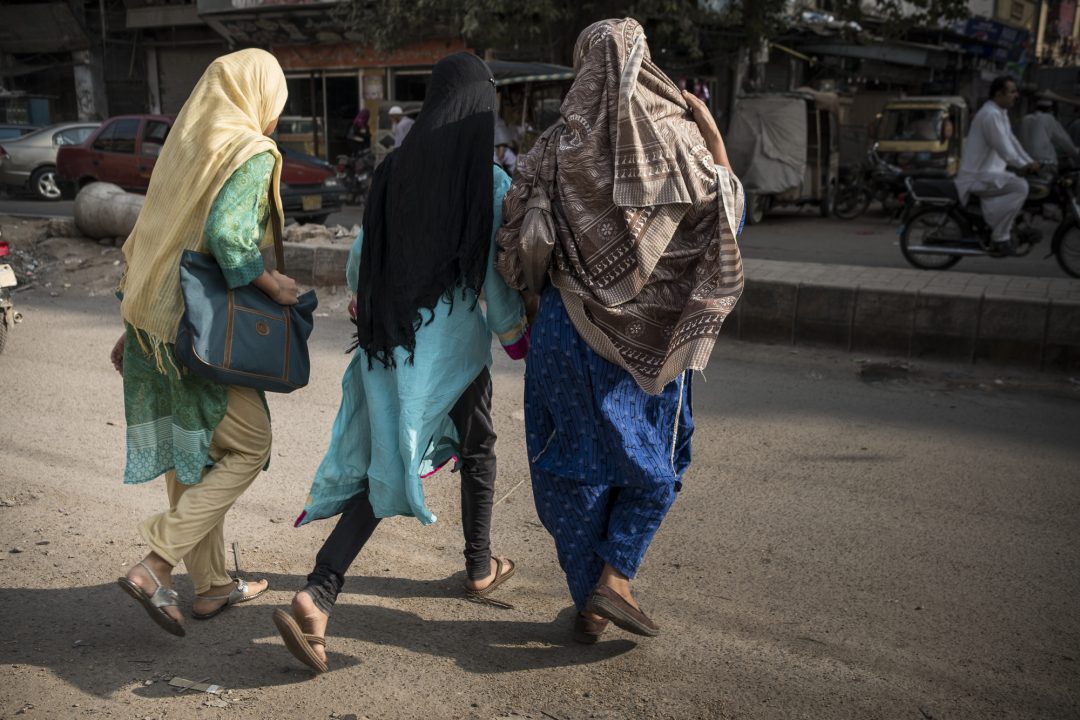 Pakistan has seen a disturbing rise in sexual abuse of children, as well as vulnerable groups such as women, religious and ethnic minorities, persons with disabilities, and transgender people who also face severe discrimination and violent acts and have little recourse to justice. Photo/Conor Ashleigh

In a country where the provision of justice is often delayed (the 2017 Rule of Law Index ranked Pakistan’s criminal justice system at 81 among 113 countries), the judgment in Sahar’s case is a hopeful step in the direction of bringing the perpetrators of heinous crimes against children to justice. Pakistan’s constitution declares access to justice a fundamental right and the right to legal aid a basic right under the “due process” clause of Article 4. Article 37-D requires the State to provide “inexpensive and expeditious justice.” While constitutional provisions protect the right of the vulnerable on paper, poor implementation of the law means that many vulnerable groups still lack access to justice.

While the government has begun to introduce systems that provide access to legal aid, including the District Legal Empowerment Committees (DLECs), they are not fully functional, and those that do exist suffer from a lack of strategic management which has led to many centers becoming defunct. There is also a dearth of monitoring mechanisms to ensure their optimum functioning. Moreover, there is a lack of awareness on the part of those seeking justice, which further leads to poor access to justice.

However, there are signs that this is changing. Over the last decade, Pakistan has seen an increase in rule of law programs working on things like provision of free legal aid, strengthening judicial institutes, capacity building of law enforcement agencies with a focus on human rights and gender equity, and alternate dispute resolution. Since 2014, The Asia Foundation’s “Access to Justice for Vulnerable Populations in Pakistan” program has provided free-of-cost legal aid to three groups of vulnerable communities in 13 districts of Pakistan: persons with disabilities, survivors of gender-based violence, and ethnic and religious minorities. Sahar’s case was one among 1,422 cases managed by these legal aid centers.

The causes for the inequitable access to justice are deeply rooted, not only in existing legal frameworks but also linked to the imbalance within socio-economic power structures. A robust and inclusive legal structure requires the collaboration of the judiciary, policymakers, media, and civil society organizations (CSOs). New avenues that provide speedy justice, such as alternate dispute resolution (ADR), need to be mainstreamed into the country’s judicial system. Additionally, sustained outreach campaigns that include community engagement and awareness-raising programs will help to facilitate greater buy-in for legal reform to improve recourse to justice for the vulnerable.