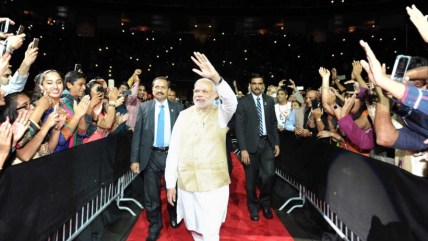 Immediately after the Prime Minister Narendra Modi announced Start up India program and organized an inauguration function in his characteristic event management style, there was much euphoria in the country about this program. Many thought that Mr. Modi had given a tremendous opportunity to young persons with enthusiasm and ideas to launch their projects that would lead to a chain of projects in multiple directions. Liberal schemes and incentive programs were also announced by Modi government.

Has the project run its course:

Catching up with the mood, several equity funding organizations and wealthy industrialists like Mr. Tata and Mr. Nilenkeni came forward to invest in such projects by extending capital support. However, the Startup India scheme now appears to have run its course, leaving disappointment and loss of hopes about the long term prospects of Mr. Modi’s initiative. While a few start-up projects may be doing well, the ground reality is that the overall scenario is one of despondency.

One of the primary requisites for success in any commercial and industrial venture is the high-quality pre-investment studies which should be carried out in a methodical and systematic way, instead of rushing with the ideas to announce the projects. In the absence of carrying out an investigation on the challenges and prospects of the project opportunities, costly mistakes would inevitably set in, and the project promoters will learn at the cost of the projects.

Many young persons jumped into the Startup India fray without adequate experience and exposure in chosen field of activity. Nothing is a substitute for experience in launch and management of ventures. Mere possession of investible resources or availability of fund or academic or professional qualification will not by itself ensure the success of the venture, in the absence of intimate knowledge of the issues involved and the project promoters having the essential attributes to face the trials and tribulations.

In any project, taken up for implementation, there will be positive and negative factors. The success can be ensured only by the capability of the project promoter to tackle the negative factors. This is where most of the startup entrepreneurs have failed to measure up to the need.

Most of the startup entrepreneurs have chosen the soft options and involved themselves in activities such as distribution and trading or simple service oriented functions, where there is bound to be severe competition. In such activities like retail marketing services, there are traditional entrepreneurs in India whose families have been involved in the functions over several generations and such persons may not have lofty qualifications but would do extremely well, due to the intimate knowledge of the functions, attained by firsthand experience over a period. In such competitive conditions, start-up entrepreneurs have been found to be wanting and not equal to the traditional competitors involved.

An especially noteworthy factor is that very few promoters have entered into manufacturing activities or in fields such as chemical and biotech industries where the challenges may be high but competition much less and profit potentials very attractive.

The absurdity of unusual salaries offered to the executives by several startup ventures only indicates the lack of care and caution by the promoters. Obviously, they would have done optimistic calculations about the profitability, succumbing to wishful expectations. Before long, they find that they have burnt their fingers. They just do not play according to the business rules due to lack of training and experience, and abnormal salary offers clearly prove this.

What is strange that even experienced persons like Mr. Tata and Mr. Nilenkeni have failed to see the writing on the wall when extending generous support to the startup entrepreneurs by way of equity?

It is high time that an organized investigation should be carried out by the government of India to clearly find out as to what has gone wrong and why this good scheme has failed to match the expectations.

One only hopes that a proper investigation on the state of Startup India projects would be ordered by the government of India that would provide right lessons for the benefit of the future players.

Mr. Modi’s Start up India project scheme is certainly a good and progressive idea. But, many times we find that good plans fall out on the way when the implementation is done without the needed caution, planning and in a great hurry.