Cities all over the US have seen protests against the killing of an African-American man, George Floyd, by the police. 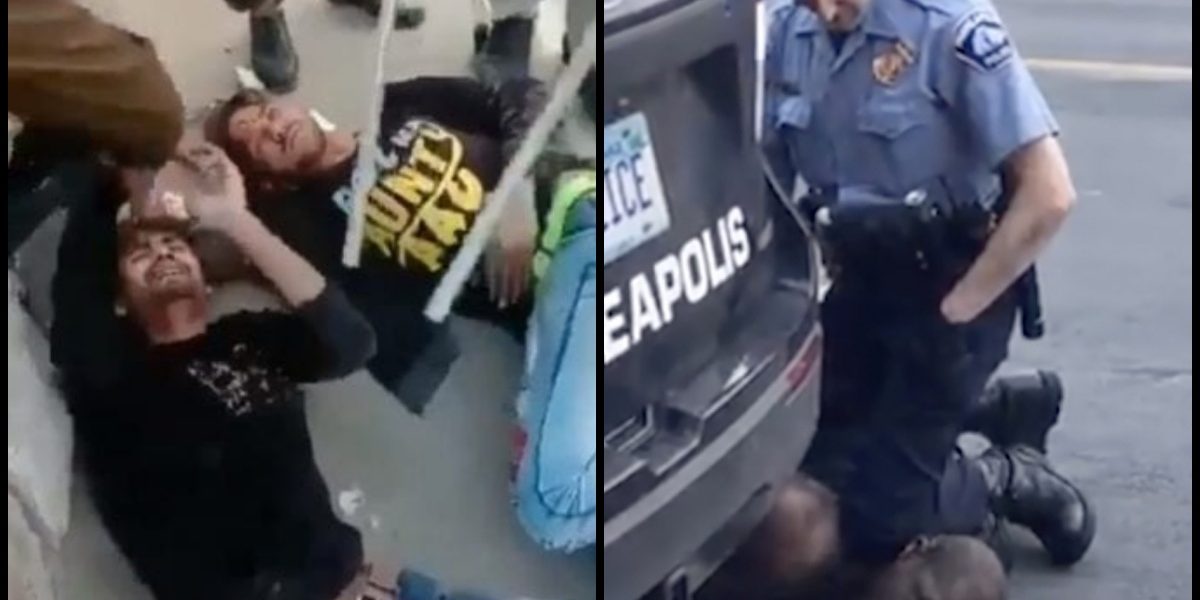 In the middle of a pandemic and lockdown, tens of thousands of Americans have stormed the streets of cities to protest against the killing of George Floyd by the police in Minnesota. Discarding rules for social distancing and home quarantine, they have marched in solidarity – black, white, Asian and others – to register their anger and fury against police racism, no less endemic in the US than any disease.

Floyd, an African American security guard in Minneapolis, died during an arrest when a policeman pinned him down with his knee. Videos showing the burly cop kneeling on Floyd’s neck for a few minutes have created a stir on social media, in which Floyd can be heard saying he cannot breathe. Four police officers had reportedly approached him while he was in a car and claimed he tried to ‘resist arrest’. The policeman who knelt on Floyd, Derek Chauvin, has since been arrested and charged with murder. Three others who were present and watched the scene unfold have not yet been charged although they have been dismissed from service.

Also read: Amidst a Lockdown, Why Must Cops Wield the Lathi With Such Impunity and Callousness?

There has been widespread looting and burning of property and reports of police violence to break up the protests. The media is full of images of fearsome looking policemen in full riot gear and Minneapolis is reported to have called out the National Guard to quell the rioting.

Floyd’s killing has triggered renewed conversations around systemic and disproportionate violence against African Americans by the police in different parts of the US. The hashtag #Ican’tbreathe has gone viral. Meanwhile, President Donald Trump tweets against the protestors, calling them ‘thugs’, threatening to have them shot. 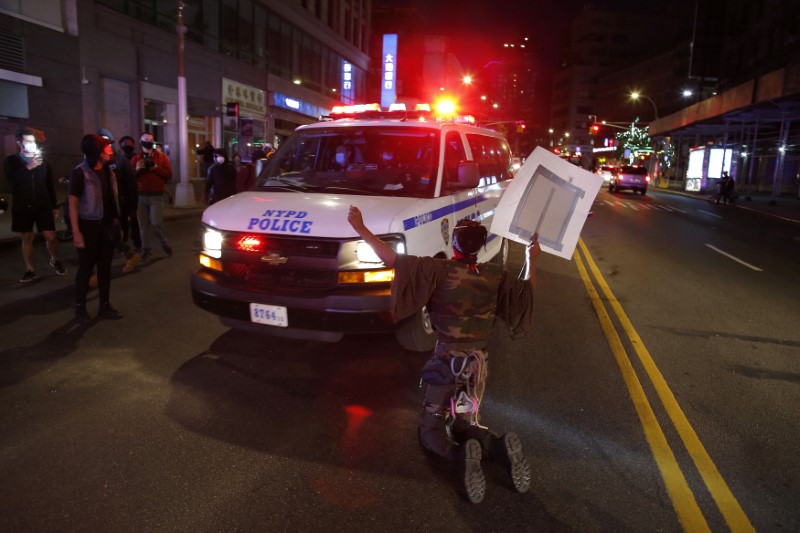 A woman tries to stop a NYPD car as people take part in a protest against the death in Minneapolis police custody of George Floyd, in Brooklyn, New York, US, May 31, 2020. Photo: Reuters/Eduardo Munoz

In India, we all know about gratuitous police beatings and custodial deaths and the indifference of politicians to blatant state violence. In recent times, many instances of police violence against citizens have been filmed and circulated. They invoke outrage on social media. Instances similar to the manner in which George Floyd was treated are very familiar to us in India. Yet the reactions are vastly different here; vicious police brutality, often communal, is not enough to get us out on the streets.

Where thousands have come out in major cities in the US, a cop mindlessly beating up a hapless man provokes barely a ripple in India; no one ever stands in public protesting it. A good example is the video of policemen beating up four Muslim youths, one of whom, Faizan later died. It was a heart rending clip, but like many similar ones, it had its moment on Twitter and Facebook and then faded away, without any national outcry, much less protests of the kind we are witnessing in the US.

The policeman in India is a law unto himself and for him – constable or officer – beating up people without any fear of being held accountable is a routine matter. No superior is going to question him, no politician is going to call him for an explanation and citizens will also take it in their stride.

Also read: What Milgram’s Experiment Tells Us About Police Violence During the Lockdown

If anything, many Indians may agree with the police, even applaud their initiative. Police brutality is just not the issue in India that it is in the US. Though many efforts to clean up police departments in US cities have failed to make a difference, it is unlikely that the general public will praise the police for killing a man in custody.

In the 1980s, ‘encounter specialists’ became the heroes of Mumbai for killing off criminals rather than going through the long-winded judicial process.

The shooting of eight suspected SIMI members who had “escaped from jail” by the Madhya Pradesh police raised serious questions and was likely fake, but was praised by the state’s home minister.

A policeman wields his baton to disperse protesting migrant workers, during the ongoing COVID-19 nationwide lockdown, in Ahmedabad, Sunday,May 17, 2020. The migrants were demanding a means of transport to travel to their native places in Bihar. Photo: PTI

Popular culture too plays a role. Indian films have no compunctions in showing policemen torture suspects in custody, almost approvingly, despite the rules against it. This would not happen so easily in a Hollywood film, even though in real life it must be happening.

The middle classes, especially in the cities, have a difference experience of the police than the poor or the minorities. A citizen who looks as if they could be well connected would rarely face a hostile policeman, which is not the experience of someone from a lower economic rung.

There is thus no reason for the middle classes to come out on to the street and if the poor did – as we saw during the mass migration from the cities to the villages – they would be beaten up. Police heavy handedness in the US is being covered in great detail, including by the mainstream newspapers; Indian television channels would call protestors anti-nationals, as we saw during the anti-Citizenship (Amendment) Act protests.

Young Indians may view things differently, if the anti-CAA protests are anything to go by. In the US too, the protesters are overwhelmingly young – black, white, Latinx and others. The passing of the CAA was seen as an issue that would affect everyone, not just Muslims. Similarly, police brutality should shake up all of us, even if we may not have personally faced it. These are things about our system that have to change and only public opinion, expressed jointly and forcefully, can do that.