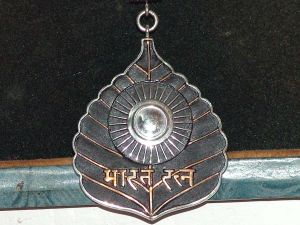 Unfortunately, India is suffering  from  ill-focusing on national award by easiest ways and cricketers think they can get national awards by using corporate lords who got the Congress government to offer Bharat Ratna- the highest national honor for hard work- to a fake sport boy Sachin Tendulkar of his fake 100s arranged through mafias- both state and non-state elements.

There cannot two opinions that cricket is fake but what is intriguing that the cricketers want to keep the cricket fake forever so that they could mint huge money and national awards on false presumptions of the regimes. The mafias of the regimes do not let any real reform of cricket to make it a genuine sport.
Genuine cricket means a fever runs for any “big or tall” batboy and celebration for the bowlers and fielders. Batboys who jointly control cricketism, like GST (Global State Terrorism) powers by capitalist powers, oppose any change to weaken their position as weak guys and girls.

It seems global cricket mafias operating across the cricket world now wants Indian regime to offer national awards to Indian women and so there have been concerted efforts to boost the image of women Batgirl players also by providing 10ss and 50s by other teams in the so-called World cup. As the teams have done so far in promoting Indian batboys like Tendulkar, it has become very easy to do the same without any hassles. Bowlers are e told how bowl nice balls for 4 and 6s after pretending to finish them off in a few overs as a mere stunt.

Special favors from bowlers and opponent teams do not come freely;  there is a price tag, like for any government job or important postings and transfers,  attacked to every such favor.  The payments are made by the cricket board directly or through the mafia or directly by the country concerned through the ambassadors, as the case may be.  Of course, a high-level secrecy is maintained by all concerned so that no body suspects the records and rankings.

England, Australia, New Eland, etc., have joined other teams to promote Indian lady batboys.
Funnily, the BJP government is no different from the previous Congress government in fixing tournaments and awards for the cricketers as gods.

Interestingly, all players maintain a strict vigil on their mischief so that none would detect their secret deals. The governments, filled with corrupt and criminal minded people, do not allow any possible revelations about the match fixings.

Cricket was invented in England to keep the youth of their occupied colonies in good g humor by offering 100s and 50s and asking them to return the favors. They made the p[itches exclusively let the batboys hit 6s and 4s  and bowlers to struggle and suffer without getting a wicket.  The bowlers are advised not to worry about run flow and offer enough runs and they should try to get a wicket or two initially, and they offer big scores.

Thus the bating strategy continues today without any basic changes.  Bowlers, who seek a career in the main team, are instructed not to complain about patches or speak to the media directly without permission from the cricket board.  The way the bowlers jump up to the sky and down when they by fluke get a wicket is indeed amazing.

It is necessary to make cricket a real sport by bringing in elements of neutrality and justice for the nations concerned- and not for the batboys alone. Batboys also must struggle like bowlers to get a run on board, but as of today now they keep hitting 4s and 6s and go fast get 100 runs   because only 50s and 100s are counted for awarding national fake honors and a black money.

Both boys and girls enjoy being the case with a stick and a “nice” pitch that promotes them. They hit and get 6 or 4 or fewer runs. Hardly any wickets fall.  That is the strategy of international frauds like the mafia, cricket boards, sports ministries and even governments themselves that promote cricket as a fake sport like India, Pakistan, Bangladesh, Australia, England and South Africa, in fact, all cricket countries.
Cricketism is illegal as there is an official mischief inherent in the game.

Neutrality and justice cannot be ensured without masking pitches neutral that would make the bat boys roil to get a run. Every ball should be a potential wicket for bowlers. Batboys cannot enjoy their immoral stay at the crease to hit big runs in 4s and 6s should be declared OUT as the ball is hit directly outside the boundary. And 4s also be abolished let the batboys earn their und by running between the wickets.
The reform would sp stop the greedy people from entering cricket for 100s and national awards- the easiest way to obtain that.

Will cricket boards, sports ministries, corporate lords and their medias, and corporatist governments themselves?

That is indeed a trillion dollar question- more the money the mafias and cricketers get as their booty for playing mischief with the public for centuries.

Meanwhile, Muslim nations would do better if they give up cricket which is invariably fixed for 100s and 50s or at least done as a “give and take” exercise, and concentrate on real sports to win medals properly. Cricket is spoiling the mindset of young Muslims to increase their greed for wins and more wealth immorally and illegally. For non-Muslims, cricket is a way of their life to mint money and property illegally. Muslims who practice Islam as true religion need not follow the wrong paths for fame and wealth.  In fact, Muslims are not supposed to eat everything that others enjoy or practice ways of behaviors other do.
Muslims have their way of life.