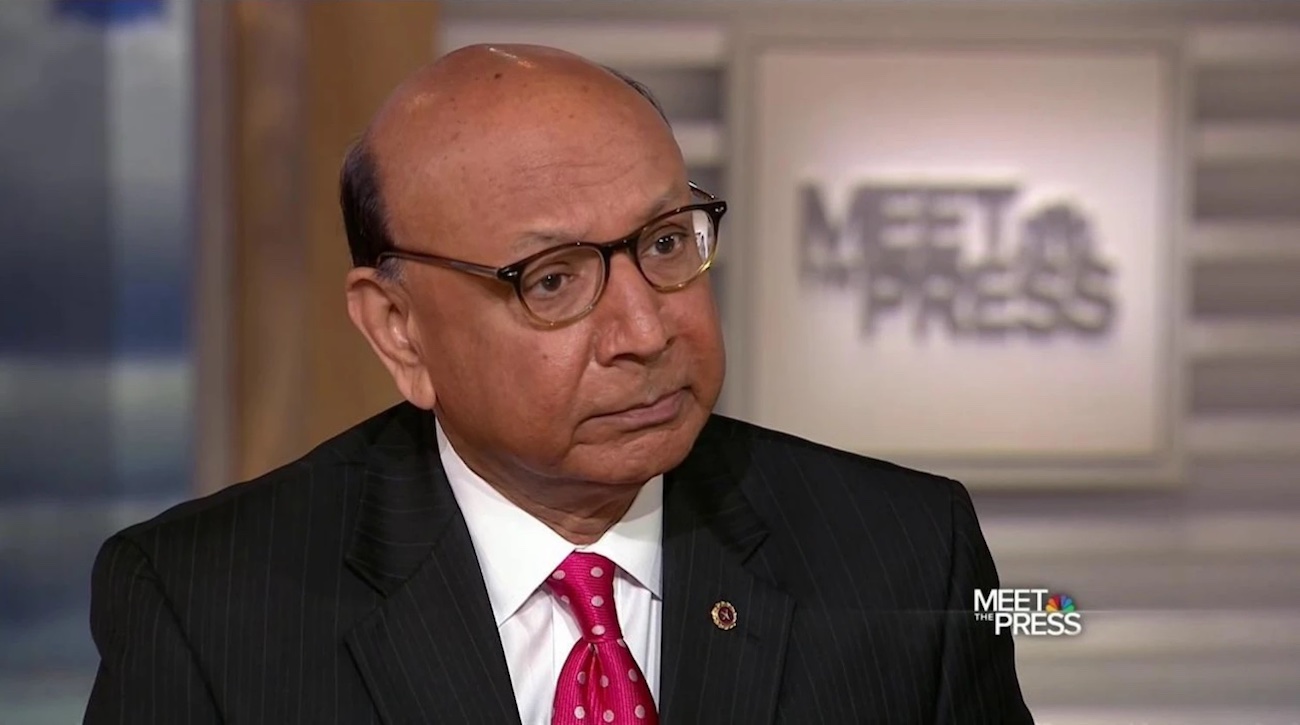 Gold Star father Khizr Khan has become the first Pakistani American to receive the Presidential Medal of Freedom, the White House announced today (July 1). He is only the third South Asian to receive the honor after Mother Theresa (1985), the Albania-born Roman Catholic nun and missionary, who later became an Indian citizen (1985) and Muhammad Yunus (2009), a Bangladeshi social entrepreneur, banker, economist and civil society leader, and founder of the Grameen Bank.

The nation’s highest civilian honor, the medals are presented to individuals who have made “exemplary contributions to the prosperity, values, or security of the United States, world peace, or other significant societal, public or private endeavors,” according to a White House press release.

The 17 recipients chosen this year “demonstrate the power of possibilities and embody the soul of the nation – hard work, perseverance, and faith. They have overcome significant obstacles to achieve impressive accomplishments in the arts and sciences, dedicated their lives to advocating for the most vulnerable among us, and acted with bravery to drive change in their communities – and across the world – while blazing trails for generations to come,” added the press release.

Khan, 71, of Charlottesville, Virginia, made headlines in 2016 for criticizing former president Donald Trump during the Democratic National Convention in Philadelphia. He and his wife Ghazala Khan are the parents of Capt. Humayun Khan, who was slain in Iraq in 2004, after he ran toward a taxi cab that was approaching the soldiers under his command. The cab contained a bomb that exploded, killing Khan, while the other soldiers remained safe. He was posthumously awarded the Purple Heart and the Bronze Star.

Founder of the Constitution Literacy and National Unity Center, Khan, a Pakistani-born and Harvard-educated lawyer, is a prominent advocate for the rule of law and religious freedom and served on the United States Commission on International Religious Freedom under President Biden.

In 2017, he published the book “An American Family: A Memoir of Hope and Sacrifice,” in which he talks about his journey from Pakistan to the U.S. and his years in his adopted country. Khan and his wife immigrated to the U.S. in 1980, becoming American citizens six years later.

Last week, Khan, a member of the advisory council of South Asians for America (SAFA), joined representatives from several Asian American groups at the Arlington National Cemetery in Virginia, June 26, for the AAPI Salute to Service event honoring Asian Americans and Pacific Islanders veterans. The AAPI Salute to Service event included a ceremonial wreath-laying at the Tomb of the Unknown Soldier, followed by a walk of reflection to the burial plot of Capt. Humayun Khan.