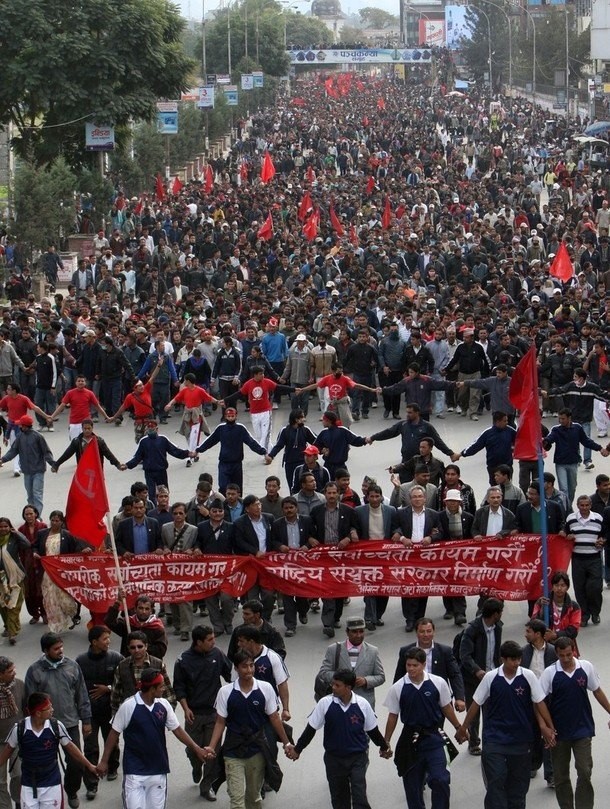 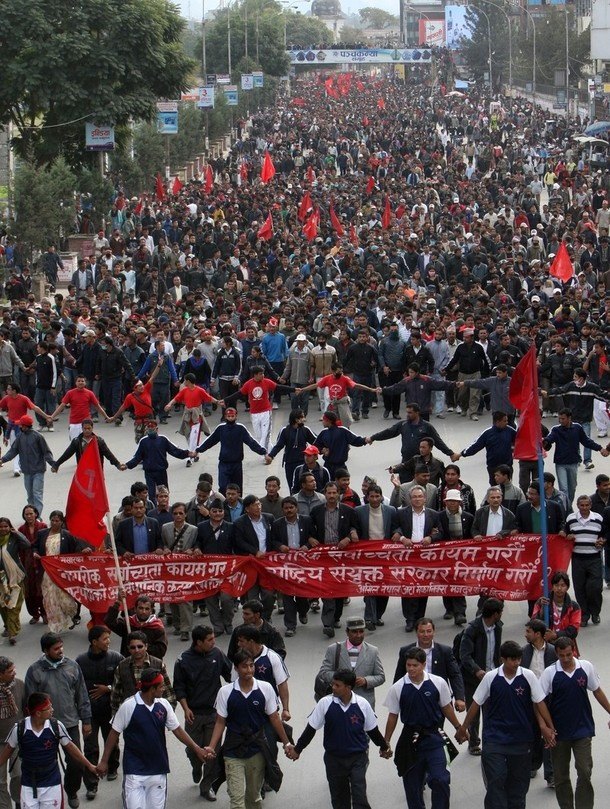 Politics, in Nepal, has been flourishing as a profitable business and all the tools of conventional business analysis are applicable here.  It is becoming one of the biggest invisible sectors in the economy, especially to its stakeholders.

The scenario of the forthcoming local level election to be held on 13th May 2022 portrays its trailers by breaking and uniting a coalition between political parties to keep intact the monopolies against a group of independent candidates challenging to break it.

It also signifies that Nepal’s political parties have no principles, at any moment any party can be united and break up in elections or during government formations to fulfill personal and party interests rather than national interests, which has been the prime character of multi-party democracy in Nepal.

Instability has been a major characteristic of Nepali politics. After the dawn of multi-party democracy in 1951, a parliamentary election was held in 1959 and Nepali Congress was led by B.P. Koirala formed a government of a two-thirds majority. It could not last for its full tenure. In 1961, King Mahendra overthrew the democratically elected government by introducing an absolute monarchy with party less Panchayat system banning all political parties. It continued for thirty years.

In 1990, through the people’s movement, multiparty democracy was reinstituted, which brought monarchy under the constitution and reinstated multi-party democracy. On 1 February 2002 King Gyanendra took political power and suspended the parliament; appointed a government led by himself and enforced martial law. Again in 2006, the seven-party alliance decided to oppose this step of the king and called for a protest movement. After immense pressure from the people, King Gyanendra announced the reinstatement of the House of Representatives, and an agreement was made for the monarchy to be abolished and the country to become a federal republic with the Prime Minister becoming head of the state.

A federal republic was established in 2008. Thereafter, constituent assembly elections were held, which promulgated the new constitution of Nepal in 2015.

The current Constitution of Nepal is a document of compromises among political parties. It has accepted some norms of parliamentary democracy and some norms of absolutism. It has brought positive changes in federal and social structures to some extent; however, some serious fault lines in it are breaking norms of democratic elections and separation of power by bestowing exceptional superpowers to the executive and the party leaders.

For example, the selection of Member of Parliament (MP) in the House of Representatives (HoR) by the political parties through Proportional Representation (PR) has been,  more or less a part of the flourishing centralization of power and a passage to be always in power for political parties.

The HoR has 275 members; 165 are elected from single-member constituencies by first-past-the-post voting and 110 are elected through a proportional electoral system where voters vote for political parties, considering the whole country as a single electoral constituency. These 110 MP 40% strengths in HoR have been the most supportive factor for political leaders to select their favorable MPs without contesting elections. There are many criticisms of this system, some are as follows.

Due to the PR system in HoR, no political parties have been in majority in parliament, and hung parliament could be a permanent character of the house.

As a result of the futility of forming a majority government by a single party, the coalition partners and the oppositions are easily playing the game of toppling and forming a government.

It could work better at the national assembly and provincial level but in HoR, this has been proved to be inappropriate and devastating.

As we have experienced that multiparty coalitions have been quite fragile, breaking apart due to squabbles between the parties over policy issues and the small party has been able to determine the composition of the ruling coalition.

Moreover, it undermines the intimate relationship that exists between constituents and representatives in the district.

Under the PR system, the voters can only vote for entire slates of party candidates, not the individual candidates themselves. However, being able to vote for individuals gives voters more direct control over exactly who gets elected. Moreover, sometimes independent candidates cannot stand on the PR list.

The Economist Intelligence Unit rated Nepal a “hybrid regime” in 2019, while the polity data series considers it to be a democracy.

Hybrid regimes are nations with regular electoral frauds, preventing them from being fair and free democracies. These nations commonly have governments that apply pressure on political opposition, non-independent judiciaries, widespread corruption, harassment, and pressure placed on the media, anemic rule of law, and more pronounced faults than flawed democracies in the realms of underdeveloped political culture, low levels of participation in politics, and issues in the functioning of governance. It has been often argued that Nepal’s transition to democracy is an ‘unfinished project’.

Being a hybrid country, Nepal has mixed regimes with some elements of democracy mixed with strong autocratic features. Most stable countries are either full democracies or full autocracies. Nepal presents a façade of democracy but lacks its substantive elements. Mixed regimes are inherently more unstable and prone to disruptions than either full democracies or full autocracies. The current trend of Nepal following the path of Sri Lanka is also a byproduct of political monopolies. Nepal’s constitution is very young, and it has the majority of a young population. Young countries tend to be more turbulent because young men are largely responsible for violence and crime. If young people lack jobs and rates of urbanization are high, social exclusion and instability follow.

The judiciary and the constitutional bodies in Nepal are so debilitated that the political party or parties in the parliament can suspend any of them immediately after tabling an impeachment motion against them by one-fourth number of HoR members, it is a kind of sword in their neck, which keep them always apprehensive with the political parties. Until HoR endorsed the motion with the required votes, suspension of constitutional heads is against the norm of separation of power.

Moreover, the pressing breakage in the constitution is also control over appointments in the judiciary by most executives and the political parties.

The Constitutional Council, headed by the Prime Minister, comprises of Chief Justice, leader of the opposition party, Speaker in HoR, Chairperson of the National Assembly appoint Chief Justice and chief and members of constitution bodies.

After the promulgation of the new constitution in 2015, there was an expectation among the people that Nepal would move towards political stability and economic prosperity. But those expectations went in vain as the political parties are still first and foremost struggling for power and the bitter power struggle with increased government scandals has undermined trust in the government. And now there is a widespread belief in people that Nepal has certainly headed toward the path of deep crisis, both in politics and economy.