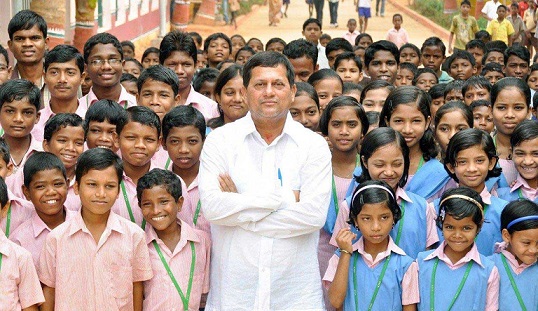 The executive committee of the International Union of Anthropological and Ethnological Sciences (IUAES) has decided to withdraw its collaboration with the KISS to organise the World Anthropology Congress 2023 in its campus. The decision of the executive committee is a product of “mounting national and international pressure” from academics, activists, and civil society networks. Who are these academics, intellectuals, and activists? What are their caste, class location, and professional base? These people are both subjective and objective outsiders to the predicaments of indigenous and working people.  The decision to drop KISS University as the venue of the World Anthropology Congress 2023 is not only short-sighted but also incisively reactionary.  The justifications behind such a decision look dubious and lack progressive vision. The decision is a disservice to the progressive character of Anthropology as a discipline and emancipatory knowledge traditions within it. It denies accessibilities to knowledge, infrastructure, and available opportunities to learn to the very indigenous people, it claims to serve. This decision gives more space to Hindutva right-wing forces to Hinduise indigenous communities without any restrictions.

The World Anthropology Congress 2023 in the KISS University would have been a great opportunity for the 30,000 indigenous students and their teachers to learn the limits of factory schools, dangers of privatisation and Hinduisation from the critical researchers and anthropologists across the globe.  It would have been a great opportunity to expose the economic logic of Hinduisation as a cultural and political project of the Hindutva fascists and their crony capitalists during the conference. It was an opportunity lost for both the participating anthropologists, students, and staff members of the KISS, Utkal, Sambalpur, and other universities in Odisha. The Indian Anthropological Association has lost an opportunity for progressive intervention within the limited available opportunities within India today.

There is no doubt that most of the private universities, residential schools, and colleges are functioning like sausages factories. These institutions treat their living and non-living infrastructures like profitable and portable car parks. The curriculums are designed to serve the market forces undermining the intellectual integrities, secular and scientific knowledge traditions, and sanctity of the educational institutions. The privatisation is a bane for working classes in general and indigenous and rural poor in particular. Factory schools are the products of marketisation of education. The privatisation and marketisation of education are not sustainable as it destroys every foundation of education, training, and knowledge. The Indian private educational institutions are bastions of Brahmanical-Hindu-hierarchical-social order based on caste, class, gender, urban, and rural marginalisation. The marginalisation of the poor is written within the rotten structures of private educational institutions. Both private and public educational institutions in India are facing four threats; fear of authoritarian government, funding crunch, Hinduisation, and loss of academic independence under Modi led BJP/RSS government in New Delhi.

The conditions of schools, colleges, and universities are pathetic in Odisha. The lack of academic infrastructure is visible from the collapsing boundary walls to dust-filled bookshelves in the libraries. The hostels, classrooms, conference halls, laboratories to lavatories mark the failures state and governments in funding quality education. The situation is more deplorable in the tribal areas of Odisha. There is no educational institution in Odisha, which has world-class facilities and funds to organise and manage large international conferences like the World Anthropology Congress 2023. The neoliberal economic and educational policies destroyed public education and paved the path for the growth of privatisation of education in India. The KISS university is not an isolated example. It is the product of the system but within all valid criticisms and limitations, KISS university provides free accommodation, food, dress and every other education facility for indigenous students from class-1 to post-graduation degree. The KISS University has produced and facilitated some amazing sports stars and Olympiads among indigenous students. What would be the future of these students without the KISS University?

With all its limitations and valid criticisms, the KISS and KIIT Universities have the academic infrastructure to organise and accommodate international conferences like the World Anthropology Congress 2023. It is naïve to oppose it in the name of factory schools, corporate funding, and Hinduisation. Every state and government-funded schools in Odisha celebrate Hindu religious festivals. Even the state and government-funded schools in tribal areas of Odisha celebrate different Hindu religious festivals. There is a serious distinction between the celebration of Hindu religious festivals in the schools and Hinduisation of indigenous communities. The first one is a slow poison of Hindu socialisation and the second one is the cultural and economic genocide of indigenous communities by the RSS and BJP, which helps the mining corporations to exploit natural resources in the tribal areas of Odisha. There is still little progressive space within the KISS university, the progressive anthropologists and their organisations must engage with it to expand emancipatory ideals. The search for puritanism is a dangerous game in emancipatory politics, which helps right-wing, reactionary religious and market forces.

Neotraditionalist anthropological museums and neoliberal Hindutva laboratories are unnecessary evils. These forces cannot protect indigenous culture and their economic future. The indigenous communities only can sustain their culture, social, and cultural identities better by accessing all modern health and educational facilities provided by the state and government. The indigenous communities can write their own political and economic narratives by getting exposed to the power structure that exploits them in their everyday life. They do not need guidance from the salary seeking social servants from the republic of People Like Us (PLU). Scientific and secular education is crucial for resistance to neoliberal Hindutva and all its infrastructures.  The liberals, progressives, and secular people and intellectuals must use every little opportunity to expand emancipatory ideals for marginalised communities in particular and people in general. If the progressives do not engage with little liberal spaces, it will be captured by the religious reactionaries like Hindutva forces.

Anthropologists (the objective and subjective outsiders) have made enormous strides to recover their discipline from the lineages of its colonial past and neotraditional present for a progressive future. Anthropology has played a major role in shoddy shaping of knowledge in binary terms. European knowledge is philosophy and science whereas knowledge from outside Europe is branded as ethnography. The colonial legacies of such dubious distinction continue to percolate to the local level and destroy pluriversal foundations of indigenous knowledge in different parts of the world. The anthropological knowledge has helped to conceptualise and categorise of people as ‘native’, ‘foreigner’, ‘original inhabitants’, and ‘immigrants. Such categorisations are not only socially sterile but also intellectually bankrupt. It gives breathing space to the right-wing politics to thrive.

Anthropology as a discipline continues to evolve and separate itself from such ruling class seraglios to enhance emancipatory power of people and their knowledge traditions. It is only possible via progressive engagements and not by disengagement with the existing environment. The freedom of indigenous people and a sustainable future depends on progressive engagement with all available spaces. It is within this context, the executive committee of the International Union of Anthropological and Ethnological Sciences (IUAES) and Indian Anthropological Association must rethink their decision. Let Anthropology grow beyond its narrow silo to reclaim its radical promises for people, let anthropologists guide us in a progressive and emancipatory path free from reactionary forces in society, culture, religion, politics, and economy. There is no ideal option here. Be with the liberal devil to defeat the neoliberal Hindutva fascists.