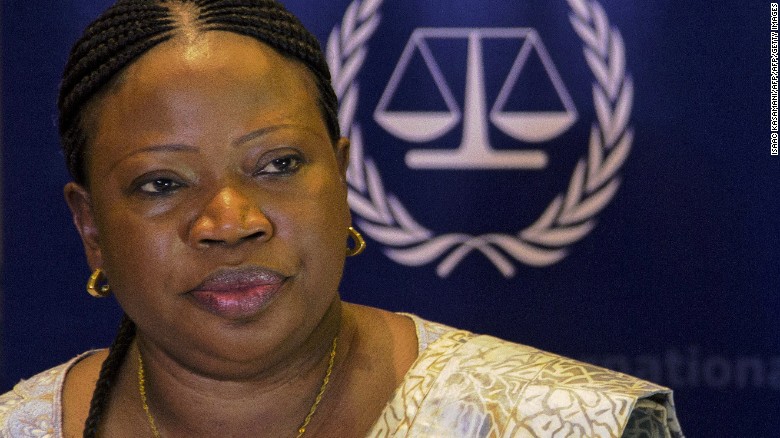 The US imposed new sanctions on ICC prosecutor Fatou Bensouda.

Washington (CNN)Secretary of State Mike Pompeo on Wednesday announced sanctions against two International Criminal Court officials — the Trump administration’s most aggressive move yet to try to deter an ICC investigation into possible war crimes by US military and intelligence officials.

The top US diplomat said he was designating ICC Chief Prosecutor Fatou Bensouda, and the ICC’s Head of Jurisdiction, Complementary, and Cooperation Division Phakiso Mochochoko “for having materially assisted Prosecutor Bensouda.”
“Individuals and entities that continue to materially support those individuals risk exposure to sanctions as well,” he warned during a press conference at the State Department. “Additionally, the State Department has restricted the issuance of visas for certain individuals involved in the ICC’s efforts to investigate US personnel.”
The move was swiftly condemned by the international tribunal, human rights organizations and the foreign minister of the Netherlands, where the ICC is based.
“These coercive acts, directed at an international judicial institution and its civil servants, are unprecedented and constitute serious attacks against the Court, the Rome Statute system of international criminal justice, and the rule of law more generally,” the ICC said in a statement.
Read More 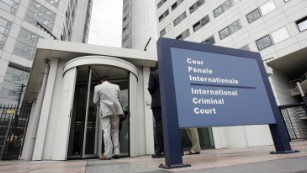 Trump authorizes sanctions against International Criminal Court officials
In a separate statement, O-Gon Kwon, the president of the Assembly of States Parties — the management oversight and legislative body of the ICC — rejected the measures, saying, “They only serve to weaken our common endeavor to fight impunity for mass atrocities.”
“We stand by our Court and its staff as well as those cooperating with it in implementing its judicial mandate. A meeting of the Bureau of the Assembly will take place shortly to consider the measures imposed by the United States and ways to give effect to our unstinting support for the Court,” Kwon said.
Dutch Foreign Minister Stef Blok said on Twitter that he was “disappointed” at the US action against The Hague-based tribunal.
The Netherlands “will continue to support the ICC’s independence and functioning in its fight against impunity. With our EU partners we’ll look at how we can best support the Court,” he said.
In June, President Donald Trump authorized sanctions and additional visa restrictions against ICC personnel.
Under his executive order, any individuals who “have directly engaged in any effort by the ICC to investigate, arrest, detain or prosecute any United States personnel without the consent of the United States” or have attempted the same against a US ally without that country’s consent may be subject to sanctions.
It came months after the ICC authorized a probe into alleged war crimes committed in Afghanistan by US and Afghan forces as well as alleged war crimes and crimes against humanity committed by the Taliban. It also followed a push by Bensouda to investigate potential crimes committed by Israel against the Palestinians.
Trump administration officials have long rejected the authority of the ICC — noting that the US is not a party to the international tribunal — and had already taken steps meant to deter the investigation, including revoking Bensouda’s entry visa last year.
“The International Criminal Court’s actions are an attack on the rights of the American people and threaten to infringe upon our national sovereignty,” White House press secretary Kayleigh McEnany said in a statement in June.
“As the President’s Executive Order makes clear, the United States will continue to use any means necessary to protect our citizens and our allies from unjust prosecution by the International Criminal Court,” she said.

CNN’s Casey Riddle and Richard Roth contributed to this report.