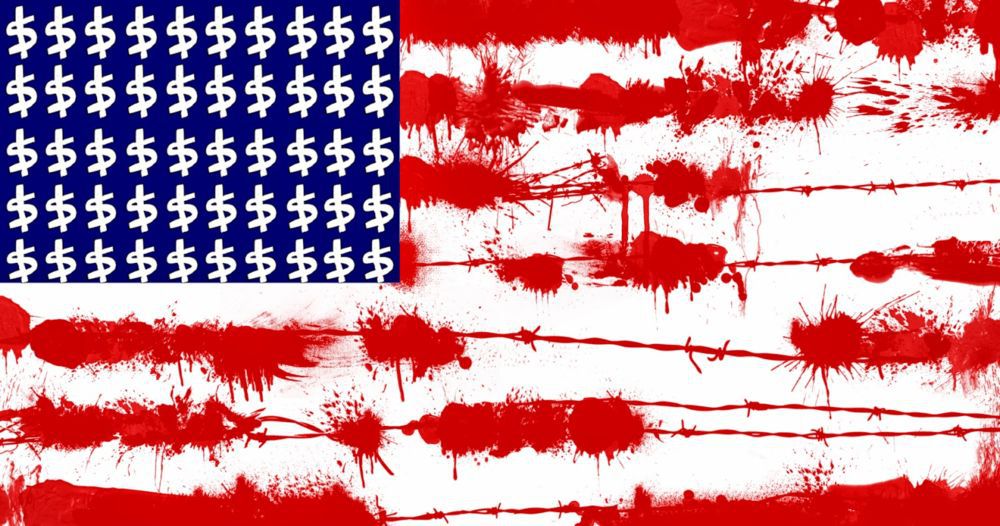 The United States is now locked in a confrontation with several adversaries within and outside around the world.

On the domestic front, it’s struggling against the challenges that arose from domestically grown ultra-right fascist elements that are endangering its very “Democratic foundation” by getting new life during the “Trump era”. Up til now, there was a universal belief that Democracies like the US and other Western societies were fundamentally highly stable; however, Trump’s presidency proved, that was not true. A democracy like the US may very easily fall under autocracy within the blink of an eye. That’s why President Biden recently made a remark by saying,  “Democracy doesn’t happen by accident.  We have to renew it with each generation”. It was a unique example of how vulnerable can be a more than 300 years old democracy to the brink of falling apart. Therefore, no system is for sure or guaranteed and that needs to be taken care of continuously. That is why some social scientists call democracy “an ongoing experience or an experiment” to give the impression of a “collective ongoing process”. Perhaps, the realization of this fact prompted Biden Administration to put efforts into strengthening democratic values among countries around the world which was undoubtedly a positive move.

Now, whatsoever may be the US stated intention, in fact, their actual hidden agenda most of the time proves to be highly confusing and unclear. I can analyse my country of birth Bangladesh as a case in this regard. Bangladesh is a country which after a long and painful struggle against the autocratic regime for the establishment of its democratic aspirations was just trying to achieve a democratic base with the introduction of neutral transitional administration whose one and only responsibility were to conduct a free and fair electoral process and hand over power to the successive winning party to run the government. That process, was not perfect though, proved to be representative to the population. There were at least three elections conducted under the system and thus was helping the country to take democracy root slowly. Then came an unfortunate event, when, in 2008, the US along with its western allies complying with the “devilish” whispering of India, made a conspiring understanding with its regional ally India to literally pave the way to get Awami League, a pro-Indian party, grab into country’s power. It was an act to appease India and virtually handed Bangladesh’s sovereignty into the hand of that country leaving Bangladesh as a mere independent country by name. The whole hegemony was a part of America’s never-ending “war on terror” narrative under a false and made-up pretext similar to its Iraq invasion. This “US blessed” bully tactic under the Clinton administration was executed by Bangladesh’s big and expansionist neighbour India wasn’t at all in favour of US security after 9/11, rather it was more endangering for Its security. Because population-wise the third-largest Muslim country’s moderate population felt betrayed by the US when the US needed moral support “most” for their cause from a country like Bangladesh. This made me suspicious about US’s sincerity about their so-called war on terror efforts. That was an unforgivable betrayal to Bangladesh and its population.

As a result, the country fell under an unelected “fascist” régime which, for its existence, in consultation with India, created a false narrative to the US and its western allies that the country was sliding towards “Islamic Terrorism” and they are the ones who were fighting for US war. However, in reality, they were using the nation’s all apparatus to diminish all political decent by executing extrajudicial killings, kidnappings, missing by using RAB and other government forces. The regime is holding power by terrorising the population which otherwise would have been a country approaching towards the democratic path.

As the only remaining superpower US needs to reevaluate its courses of action to continue as such in the 21st century. The way the US led the world since WW2 is obsolete today. Its traditional hypocritical and confrontational fashion is no longer relevant. The US needs to reanalyze country to country and society to social relations in order to win the “hearts and minds” of different nations and remain as the moral leader of the present world.

In the case of Bangladesh, the US needs to realize why “Bangladesh” did secede from “united India” first, as a part of Pakistan in 1947, and then became an independent country/nation fighting Pakistan in 1971. Like President Biden’s recent remark, “Democracy doesn’t happen by accident”, a country like “Bangladesh was not created by accident”. Historically, it’s known that there were various social, cultural, ethnic, anthropologic, religious, and political reasons behind this country’s emergence. Therefore, the population of this country would never accept any kind of US simplification or generalization about their nationhood.

•Was it very different than the creation of the United States as a separate nation by the people of Anglo-Saxon British race through fighting their own race’s colonials? and would the US go under British rule because of their common anthropological past? or

••Was it not hypocritical for the US when it supports “democratic Taiwan” against “Authoritarian China” and does not support an “independent Bangladesh” against “expansionist India?” Do Taiwanese nationalists and the Bangladeshi population have not similar historical reasons to stay from their powerful neighbour’s “influence-free” independent status?

So. I am not very much on board with US moral leadership for the global approach when it pretends to make others see them as idols of democracy. Therefore, so far “most powerful” the US is not necessarily always the “most responsible” nation and it ideologically still wants to retain its global leadership using its bullying tactics.

US’s recent sudden attention on “Bangladesh’s democracy” was probably another poorly motivated “pressure tactic” on the Bangladesh regime under which it was trying to separate Bangladesh’s efforts to strengthen its infrastructure with Chinese investments for its “geo-political” interest and, if successful, would like to continue business as usual with the regime. While we know, it is US’s stated policy that it does not make any “infrastructure investment” in overseas countries. So, how does it make sense when the US tries to prevent Bangladesh’s efforts from getting the help of a country that was capable and willing to do that? This policy perhaps was taken to protect its regional ally India’s interest.  Was that not US intervention on Bangladesh’s independence without offering alternate development ways? Gross human rights violations is continuing for the last 13 years in Bangladesh under the whole world’s watch and nobody seems bothered so far. So, is it a turning moment or is it something else? This question arises naturally.

Unlike last “Cold War”, a new and gentrified Cold War is looming on the horizon, mostly for the continuation of US traditional leadership style in the international arena as there is no “old fashion” “communist” nation exists anymore. It, therefore, tries to make the world see them as “ moral leaders” of the free world. Yet, its confrontational attitude towards its “selected” adversaries tells otherwise. It is apparent in Ukraine-Russia border where the US is currently engaged in a confrontation with Russia about NATO expansion controversy; in the South China Sea against China; in Parisian gulf against Iran; in the Mediterranean sea against Russia and in the Middle East against so many countries that even included its NATO ally Turkey as an opponent; in Japan sea against North Korea and so on.

so, factually, it is undeniable that the US still has the greatest capability to handle crisis’s all together at the same time all over the world.

On the domestic front, none of the US’s usual agencies like CIA, FBI, Homeland Security, etc. was found to be effective to control domestic tensions and thus, very much in danger of descending into chaos and civil war situation in some year’s time and on the brink of falling apart from within, it’s more relevant for it to focus closely on addressing its social and economic justices issues.

Overseas in individual country’s level, it would, however, be seen as a welcome effort in a country like Bangladesh, if US’s recent actions were sincere enough to reestablish people’s power in Bangladesh by helping the nation to get rid of reigning “fascist” regime and not trying to play any more “geopolitics” in this case and

From a broader perspective, as the US is a country that is representative of the population from every nation of the world, I still strongly believe, the US is the only remaining Superpower that has the capability of sustaining and continuing as such in the 21st century by readjusting its courses of action and attitude from a “mob boss” to a “moral leader” (not faking any longer) should it wishes to.