Unfolding Humanitarian Crisis in India: Dalits at the Receiving End 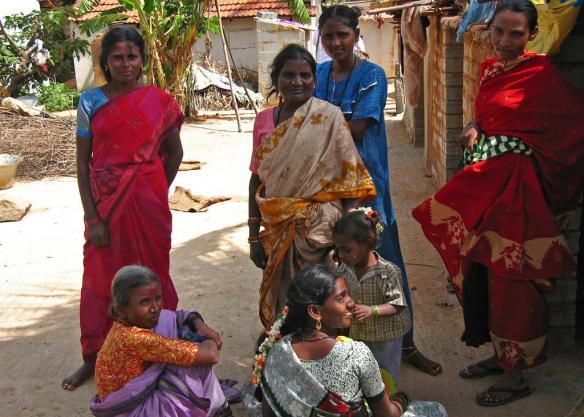 India is certainly going through a humanitarian crisis. Maltreatment of Dalits and discrimination against Dalit students on a regular basis is a case in the point. Rohith Vemula’s suicide is still fresh in the memory of Indian masses[i]. However, most of the upper caste Indian citizens seem accustomed to tolerating atrocities against Dalits and hardly react except some individuals and NGOs. A large population of Indian society may not refer (even recognise) this situation as a ‘humanitarian crisis,’ and they hardly intervene to prevent atrocities against their unfortunate countrymen. Above all, a culture of impunity also has aggravated the vulnerabilities of Dalits as most culprits go scot free.

However, to my mind, Indian culture with its millions of Dalits is going through a humanitarian crisis. A humanitarian crisis (or humanitarian disaster) is defined as a singular event or a series of events that are threatening in terms of health, safety or well being of a community or large group of people.

Humanitarian issue is something which requires immediate attention and help from the World community. I argue, in Contemporary Indian society, due to political and cultural polarisation (particularly under the influence of current Hindu nationalist party) among a large population, Dalits have become more vulnerable to the maltreatment and discrimination since they are helpless against the agents of mighty caste culture- which is supported by RSS ideology. Their life and dignity is under peril from the Hindu fundamentalist.

In this context, some incidences are well noted by media:

In October 2015, upper caste Rajputs allegedly set fire to the home of a Dalit family in Sunpedh, a village in Faridabad near Delhi, killing both the sleeping children inside aged 2 years and 9 months, while their parents have suffered severe burn injuries. On July 2016, seven members of a Dalit family were allegedly beaten up by a group of cow protector for skinning a dead cow in Una town of Gir Somnath district in Gujarat. After beating them up, the attackers reportedly took Vashram, Ramesh, Ashok, and Bechar to Una town[ii]. There, they paraded the four victims and flogged them publicly all the way to the police station.

Although stringent Constitutional safeguard exists to protect the life and dignity of a Dalit Indian citizen. However, social and religious norms stress the inferior position of Dalits perpetuating and justifying caste violence, discrimination, and maltreatment against them. All gruesome incidents of atrocities against Dalits required the immediate attention of civil society and the Indian government. It is a humanitarian crisis indeed. We are in the middle of caste war-where blood of Dalits are being butchered to maintain the age-old caste hegemony and power equations. This crisis is as important as armed conflict thus must be dealt with accordingly.

However, there seems only way one out of this crisis is – a huge social movement to reform the Indian society and bring social change – particularly change in the mindset of the upper caste people towards Dalits. Eminent Dalit rights activist Lenin Raghuvanshi has called for a neo-Dalit movement to overthrow feudalism, neo-fascism, and neo-liberalism to establish a society based on equal dignity for humankind. To eliminate Caste system, Lenin has suggested the creation of a ‘Neo-Dalit’ movement[iii]– combining Shudras and anti-Shudras (untouchable of regions, which would formulate popular movement against the ‘culture of impunity’ through mobilisation of opinion among leaders from all communities. Interestingly Neo-Dalit movement involves all progressive people from all sectors of life who believe in social change. Lenin argues that that social movement is the only solution, and stress the need for the change in attitude among the ruling classes.

Absolute and equal integration of Dalits in Indian society is possible only if social reconciliation is done through big social movements. The dignity of Dalits is at stake, and this requires immediate action from all citizens just like we react during the humanitarian crisis; otherwise, the stigma of caste infested discrimination and inequality would prolong in our society to the endless time.

Why Narendra Modi government mum on atrocities against Dalits?

Hindu nationalist Indian Prime Minister Narendra Modi is a RSS poster boy. Modi has been a hardcore RSS worker, thus, been driven by the RSS ideology which promotes a ‘paternalist approach’ towards lower castes. The aggressive assertion of Caste hierarchy (and purity of caste) is the core of RSS which is channelized through the hordes of unemployed  Hindu youths who are terrorizing masses forcing agenda of Hindutva; this is reflected in the increased Caste conflict under the Modi regime[iv].

Also, those who have been fighting for the rights of Dalits and tribal communities, been coerced by the government. In this context, the recent arrest of five rights activist, critics and journalist advocating for marginalised and repressed groups of the Indian society is the worrisome trend[v]; a trend which has intensified after Hindu nationalist party came to power in 2014. A part of this trend is calling ‘naxal’ to those working for the voiceless population of the Indian society. Thus, Modi government is clearly serving the agenda of RSS rather than following Indian Constitution. Any hope for the improvement of Dalits and tribal under the Modi regime would be a wishful thinking.