Understanding Kanpur Horror in the Context of Paranormal 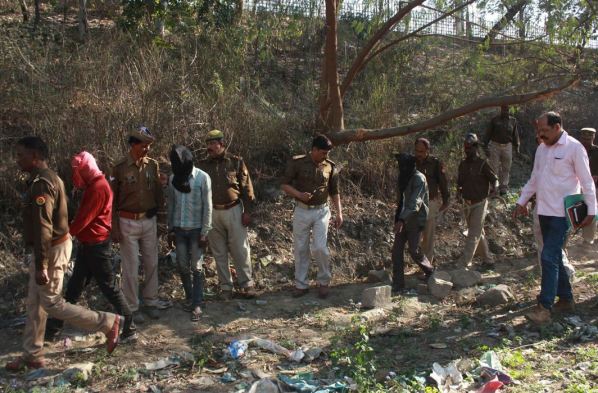 After Hathras, where a poor Dalit girl was brutally murdered, the recent Kanpur (Bhadras) horror has added a strange dimension. It is this very vicious act of human sacrifice to cure someone’s infertility. A minor girl (aged 7) was first abducted then raped and ultimately murdered as a human sacrifice.  Even her body parts (i.e., liver and lungs) extracted for sorcery merely to have the childless couple beget children, is horrendous and makes us ponder over a few underrated violent forms in the country, explicitly, the violence through fake shamanism, sorcery, and witchcraft trials.

In a horrific incident, a minor seven-year-old was found dead in Uttar Pradesh’s Kanpur on Diwali, with her liver extracted. The police suspected that the two men allegedly first kidnapped and then raped her. Having to extract her liver and lungs and present to the youth’s uncle and aunt (i.e., a childless couple since 1999) to perform an occult ritual to beget a child, she was ultimately murdered. This childless couple happened to pay Rs. 1000 to the two men who were apparently the neighbours of the child. Earlier that night, the girl had stepped out of the home to purchase something from the neighbouring shop and when she did not return for a long time, her family started searching for her. It was the next morning when the body of the child was discovered by villagers. She barely was wearing any clothes and her blood-soaked slippers lay nearby. As per the police, Ankul and Beeran were drunk at the time of the assault and committing the crime.

Kanpur horror is a plain case of illiteracy, bad shamanism, damaged cognition, and emotional instability. The acceptance of superstitions and peoples’ trust in magic leads to the belief in the paranormal healing claimed and normalised by fake shamans and believed by many in our context. Wiseman (2011) throws light on the existent prevalent examples of paranormality in society i.e., the case of the magicians endorsing the paranormal phenomenon, pertaining to the rebound effect; the entertainers faking mind-reading, instances of sleep paralysis due to created ghosts. All the above in his view are fraudulent psyche treatments.

Moreover, there are many sociological factors responsible for it like regional beliefs, local population structure, social influences, the belief in the powers of paranormal beings in solving human issues, and the belief that by the invocation of alleged supernatural powers, peoples’ lives and problems can be controlled. Paranormality is freighted with connotations of pseudo-science, bizarre and monstrous labels and these are passed in India in form of popular culture and folk oral lore and narratives. The social construction of paranormality is rendered in everyday life through paranormal phenomena including ghosts, witches, amulets, omens, rituals, astrology, religious beliefs, and the so-called god men who demand human sacrifices (balli) to solve human problems, the social construction of myths and mythical creatures and the mass belief that such things need to be done, are followed silently and not questioned or analysed on scientific lines.

Resultantly such evil faith practitioners even exploit issueless women sexually under the pretext of curing their infertility (i.e., well portrayed by films, serials, for instance, in the recent Ashram web series and winder examples from all over India like our famous arrested god men. More often than not, such practices even encourage and strengthen witch-hunting and witchcraft trials that substitute the beliefs of male-dominated classes (Mies, 1981), further establishing the massive violence against women. Roy (1998) puts forward the reasons behind the persecution of victimizing women as witches (also identified as‘fuskins’ or‘daayans’). These are certainly to maintain women in economic and social subjugation, to exploit them sexually, and to wrest property from their families. Those that do not confine to the system, do anything evil or womanly, try and assert themselves, are attacked, she adds. The system of prosecution and condemnation of women as witches is nevertheless pre-planned and systematically perpetrated. It is noteworthy to mention that witch-hunting yearly takes many innocent lives in India where women are humiliated, assaulted sexually, and even beaten to death.

The National Crime Records Bureau estimated 2097 murders for practicing ‘black magic’ between 2000 and 2012. Additionally, 54 women were killed in Jharkhand (2013) and 400 murdered for the same reason since 2001. The NCRB data pertains to cases of human sacrifice and where a murder has occurred and so are a highly unreliable indicator of the crimes and violence which surround allegations of witchcraft and involve witch-hunting in some form. In 46 out of 48 case studies collected, the ultimate victims were women. Also, the police records and the reported judgments indicated 86% of primary targets to be women. For the survivors of these hunts, being alive is no consolation at all. Not only is there torture and humiliation, stripping, shaving of the head, breaking of the teeth, physical branding, being forced to eat excreta, drink animal blood, and brutal beatings but they are also robbed of the sources of livelihood. The occult ritual practices inspired by paranormal beliefs among tribal’s (i.e., Santhals relying on the witch doctors of their community) or even among others are regressive and therefore needs education and healthcare awareness beyond paranormal practices by health care workers. The pity is that even educated people believe in such disastrous rituals.

The need of the hour is for a law to ban such local shaman practitioners, along with a thorough overhaul of the rural healthcare system as education has failed in this case. Besides, the urgent need for research of ‘Paranormality in India’ since the paranormal has almost become real and normal now. Furthermore, there certainly must be studies on people’s obsession with black magic (sorcery) and reasons why masses in some Indian rural belts still resort to such practices either for treatment or to harm others. The government has to stop bad shamanism, if not faith healing in its entirety besides addressing rural illiteracy and stringent control of fake shamans. Therefore, it is this established and structural violence that needs to be talked about by understanding the construction of the ”paranormal”. The structural violence establishes violence against women, deliberated for instance, amidst the lockdown, where many pregnant women died on the road or in taxis because the hospitals denied treatment. There were many women who died because they were of a particular community which was banded as corona spreader, hence the intermingling of religion, gender, and violence.

Now, looking for remedies, Hamilton, Nayak, and Lee Priest (2006) bring into purview the comparison of the empirical and the supernatural, in simpler terms, the young v the old debate, in which the paranormal belief for them, is linked to fluid intelligence, relatively the old, fixed way of thought and analysis. A new multidimensional and liberal way of thought thus could ridicule such a practice. Actual annihilation of the sex-specific structure of domination, took place only when it seemed to be seriously threatened by the witches. Only when sufficient attention is paid to the linkages of deprivations and neglect with witch-hunting, will the practice cease to be “othered” as barbaric, and seen as an outcome of marginalization and institutional failures. Reparative remedies that involve justice and compensation, community dialogue, protection, and shelter, promise of non-recurrence of violence, proper investigations, and where necessary, relocation should be followed. Because of their different history, women’s exclusion has primarily been a consequence of their specific social functions. Women actually have not “become hardened to self-sacrifice” and have instead maintained behavioural possibilities that resist instrumental rationality. That is why women, though not creatures of nature that men wanted to construct, will remain witches for as long as their oppression sustains.

Taking Leigh Penman’s (2015) paranormal with lack of care for others as one of its characteristics, the practice of shamanism still thrives in the casual dealing of the matter in paying compensation of five lakh to the family and their practices, howsoever, inhuman, and brutal, continue with impunity due to people’s false sense of faith.