U.S. Kashmir Policy in the Obama Administration and Beyond 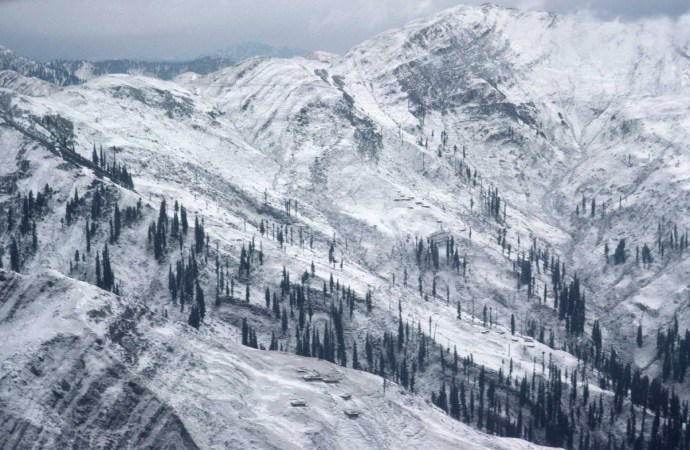 During his successful 2008 campaign for the presidency, Barack Obama declared that he recognized that “working with Pakistan and India to try to resolve [the] Kashmir crisis in a serious way” would be among the critical tasks of his administration were he elected. Obama said that he knew the issue was “obviously a tar pit diplomatically.” But he maintained that “there is a moment when potentially we could get [the Indians’ and the Pakistanis’] attention.”  “It won’t be easy,” he concluded, “but it’s important.”

The comment, which Obama made in an interview with Joe Klein of Time magazine in October 2008 two weeks before the election, was very possibly the first time a U.S. presidential nominee had raised the Kashmir issue in a national political campaign.  As anyone knowledgeable about South Asia could have told him, it aroused sharply differing reactions in India and Pakistan. The Indians, who have consistently called for the United States and other outside powers to steer clear of the Kashmir dispute, were troubled by candidate Obama’s unexpected interest in the issue. As the more powerful of the two claimants and the one that holds the part of the state that is at the heart of the dispute – the Kashmir Valley – India has long insisted that the two claimants settle the issue peacefully and bilaterally without outside “interference.” Just as predictably, Pakistanis and those Kashmiris alienated from Indian rule have taken an altogether contrary position. They recognize that without the involvement of the international community there is no serious prospect of India giving up the Valley.  So they welcomed Obama’s comments.

Neither India, nor Pakistan, nor the Kashmiris seem to understand the major change in the international community’s view of the Kashmir issue brought about by the introduction of nuclear weapons into South Asia.  The specter of a catastrophic nuclear war between India and Pakistan has made regional peace and stability the primary goal the United States and other interested outside powers now pursue in Kashmir. This objective has become far more important to them than the equities of the dispute.  As the status quo power, India should recognize that this change in priorities works in its favor and become less fearful about the consequences to its interests of outsiders playing a role in settlement efforts.  But New Delhi remains adamantly opposed to any such role. Similarly ignoring the change in the way the international community views the Kashmir dispute, Pakistan continues to call for one.

Many American commentators on South Asia were surprised by Obama’s interest in a more robust U.S. role in Kashmir.  It seemed to them a throwback to the 1950s and 1960s, when a succession of presidents became personally involved in designing and promoting Kashmir settlement proposals. In more recent decades Washington has followed a much less activist policy. It has called on India and Pakistan to settle the dispute peacefully and bilaterally, taking into account the wishes of the Kashmiri people. It has offered to play an undefined facilitating role in helping the two countries make progress, but it has declared that it will become more directly involved only if both wish it to. This, in effect, has given India veto power, as U.S. policymakers recognize.

Though it has shied away from efforts to devise formulas for a settlement, the United States has been ready to help India and Pakistan defuse dangerous crises triggered by the Kashmir dispute. On several occasions over the past quarter century these have seemingly led the two countries to the brink of full-scale war. Washington has also engaged in a good deal of cheering from the sidelines as India and Pakistan made bilateral efforts to develop and advance a peace process that would could eventually lead to a Kashmir settlement.

In his interview with Klein, Obama had talked about “devot[ing] serious diplomatic resources to get a special envoy in there [Kashmir], to figure out a plausible approach.” After he was elected, it was rumored that former president Bill Clinton would be his choice for this mission. Instead, Obama called veteran diplomat Richard Holbrooke back from private life to be his special envoy — not for Kashmir but for Pakistan and Afghanistan.

This appointment caused great dismay in New Delhi. Indians feared that Holbrooke’s mandate would extend to India-Pakistan relations, and hence to Kashmir and that his legendary energy would make him an intrusive presence. In their alarmed view, Washington had concluded that progress toward a Kashmir settlement was a vital element in the U.S. effort to bring about a more cooperative and purposeful Pakistani approach in the struggle against Al Qaeda and the resurgent Afghan Taliban. Whether the Obama administration ever had such an extensive role in mind for Holbrooke is not clear. Before he died in December 2010 he told me that he had never had any intention of becoming involved in Kashmir.

But what was important was that the Indians believed that Washington might try to play what was for them a very unwanted role in India-Pakistan relations. They made it clear that this was not acceptable. They said they would welcome Holbrooke’s coming to New Delhi from time to time to consult with them on Afghanistan and Pakistan, just as they would expect he would consult with other important powers interested in the issue such as China and Saudi Arabia. But they insisted that Washington give Holbrooke no mandate to deal with India-Pakistan relations.

The Obama administration accepted this position. It must have been clear to Washington that no useful purpose would be served in contesting New Delhi’s stance. The Indians were very tough on the point and without their cooperation an extended Holbrooke mandate made no sense. It could only cause tension in U.S.-India relations at a time when Obama was determined to continue the progress George W. Bush had made in strengthening them. Like Bush, the new president believed that India was a rising global power whose friendship was vitally important for the United States. As he would tell the Indian parliament when he paid an official visit to India in November 2010, “the partnership between the United States and India will be one of the defining partnerships of the 21st century.”

The way Obama dealt with the Kashmir issue during that visit made it clear that his administration would follow the lead of its predecessors in becoming involved in settlement efforts only to a point acceptable to the Indian government. It would not permit Kashmir to become a stumbling block to progress in developing the close ties with India it so valued. In the months preceding the visit, when the most serious anti-Indian demonstrations in years broke out in the Kashmir Valley and some 120 stone-throwing demonstrators, mostly teenagers, were shot dead, Obama administration spokespersons had little to say. It seems likely they did not want to spoil the atmosphere of the upcoming visit, a very important event for the president.

And when the visit itself unfolded, Obama followed a public approach on Kashmir that he must have calculated the Indians would welcome. He did not mention the issue in his address to Parliament. Asked about Kashmir in a joint press conference with Prime Minister Manmohan Singh, the president stated:

…[O]bviously this is a long-standing dispute between India and Pakistan. As I said yesterday, I believe that both Pakistan and India have an interest in reducing tensions between the two countries. The United States cannot impose a solution to these problems, but I’ve indicated to Prime Minister Singh that we are happy to play any role that the parties think is appropriate in reducing these tensions. That’s in the interests of the region, it’s in the interests of the two countries involved, and it’s in the interests of the United States of America. So my hope is that conversations will be taking place between the two countries. They may not start on that particular flashpoint [Kashmir]. There may be confidence-building measures that need to take place. But I’m absolutely convinced that it’s in both India’s and Pakistan’s interest to reduce tensions, and that will enable them I think to focus on the range of both challenges and opportunities that each country faces.

This position represented a reversion to the Kashmir policy all recent administrations have followed. It is basically a hands-off, cheer-from-the sidelines approach that makes it clear that the United States will adopt a more robust attitude only if India wants it to. And there is no sign that New Delhi will change its negative position on this.

Since Obama’s visit, India-Pakistan relations have improved. The bilateral dialogue initiated in 2004 that was broken off by India following the 2008 attack on Mumbai has resumed. It seems highly unlikely, however, that these conversations will confirm and further the impressive progress the two countries achieved in 2004-07 in the back channel negotiations on Kashmir they pursued as part of the dialogue. Those negotiations, sparked by surprisingly generous “out-of-the-box” ideas proposed to the Indians by Pakistani President Pervez Musharraf, came close to reaching a breakthrough. But that progress depended crucially on the presence in both New Delhi and Islamabad of strong governments willing to make unpopular concessions on a highly emotional issue. That is no longer the case in either capital.

It seems clear that for the balance of its current term the Obama administration will not change its approach to the Kashmir issue. It will continue to pursue a close relationship with India and will not want to disturb this. And it has enough problems with Pakistan without adding Kashmir to the mix. (The Pakistanis, as noted, would welcome U.S. intercession. But they would quickly become disillusioned at the actual form it would take.) Should another serious Kashmir-related India-Pakistan crisis develop, Obama will no doubt resume the crisis-management efforts which have been so central to America’s role in Kashmir in the quarter-century dating back to the George H.W. Bush administration.

Nor is this policy likely to change should the Republican win the 2012 presidential election. Both U.S. parties favor strong relations with India, and there is no reason to expect that a Republican in the White House will want to jeopardize these by taking up the issue of a Kashmir settlement, especially at a time when the odds against success are so long. To date, none of the contenders for the GOP nomination has mentioned Kashmir, nor is it likely that any will do so.

So look for more of the same in America’s position on Kashmir after January 20, 2013, whatever the results of the election. Indians will be pleased and Pakistanis disappointed as Washington continues to look to New Delhi and Islamabad to settle the issue themselves without significant help from the United States. ■

* Howard Schaffer is a retired American Foreign Service officer who spent much of his 36-year career dealing with U.S. relations with South Asia. He served as ambassador to Bangladesh (1984-87), political counselor at American embassies in India (1977-79) and Pakistan (1974-77), and was twice deputy assistant secretary of state responsible for South Asian affairs.