The just-passed US Build Act will create a new agency to lend to developing countries, particularly in Asia and Africa The legislation elevates the US into a potent player in global development financing, five years after Xi Jinping launched his…

Democrats and Republicans in the United States may be deeply divided on almost every aspect of President Donald Trump’s inconsistent foreign policy, but on one issue they are in unison: China’s US$1.1 trillion “Belt and Road Initiative” must be contained.

That rare spirit of bipartisanship was clearly evident this month with the passing of the Better Utilisation of Investment Leading to Development (Build) Act by supermajority votes in both chambers of the American legislature.

Signed into law by Trump on October 5, the act – latched onto must-pass legislation reauthorising the Federal Aviation Administration – will create a new agency that, just like the belt and road plan, will make available loans and guarantees to developing countries, particularly in Asia and Africa.

While the soon-to-be-formed US International Development Finance Corp (IDFC) will have an exposure cap of US$60 billion – a drop in the ocean compared with Chinese-backed development financing – the American effort is viewed by some quarters as having an edge because it could prove a catalyst for attractive private sector financing.

Is China’s belt and road colonialism? Mahathir: not at all

The IDFC’s set-up, meanwhile, comes as most eyes have been on the US-China trade war.

Regional observers say the ratification of the Build Act could well be of greater significance as the rivalry between the world’s two biggest economies heats up.

Tensions have been growing between the two countries in recent months, with the rivalry playing out everywhere from the disputed South China Sea to the World Trade Organisation. Even the 144-year-old international postal alliance hasn’t been spared; this week, Washington withdrew.

Malaysia-based Belt and Road analyst Koh King Hee said there was little doubt the real prize being fought over was in the arena of global development financing.

With the world’s economies facing a funding gap of some US$2.5 trillion – an estimate offered by the United Nations – to meet development needs, creditor nations stand to gain important strategic cache with developing countries if they are viewed as the preferred lender. 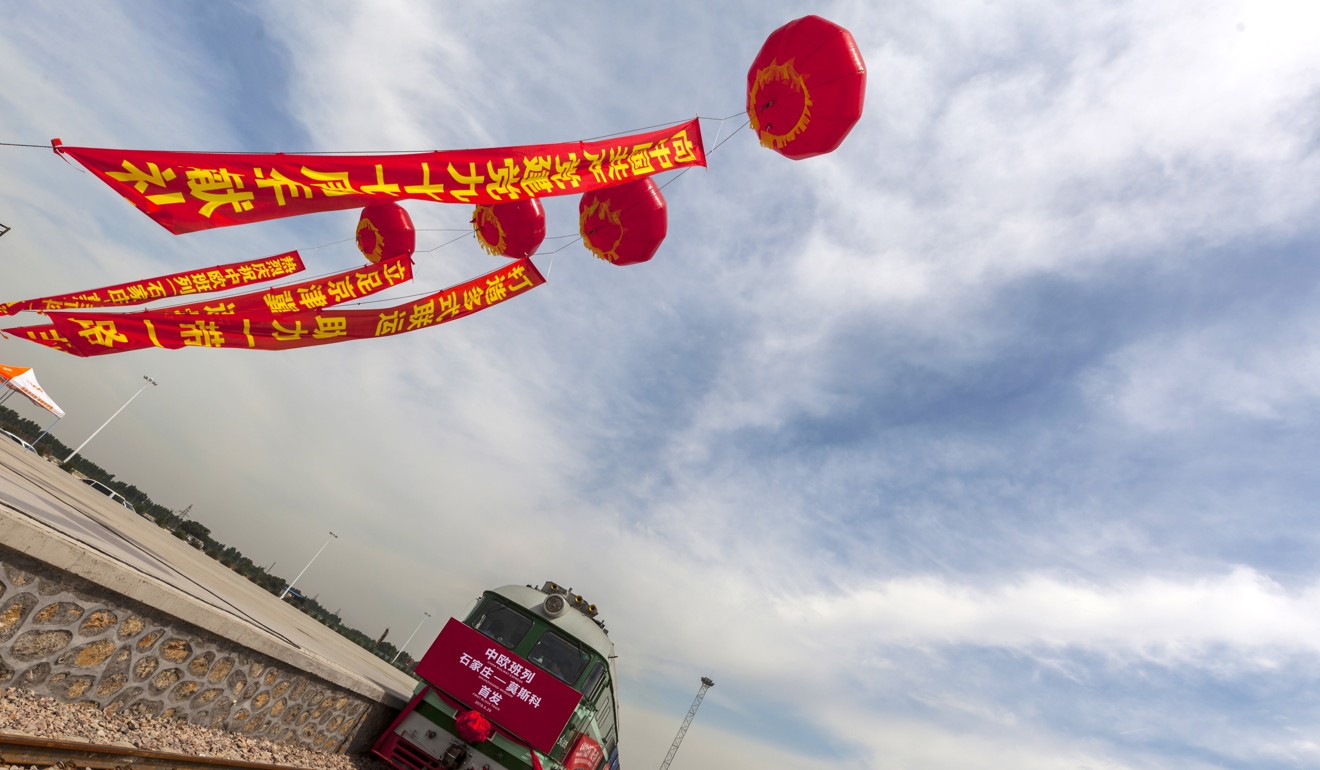 For China, facing mounting questions that it is staging a form of “debt-trap diplomacy” through the belt and road plan, this particular contest for credibility against the US is all the more important, observers say.

“In my mind, the US effort with the Build Act is squarely about the intensifying rivalry between the two major superpowers,” said Koh, head of the Belt and Road desk at global advisory firm Baker Tilly.

The IDFC’s creation elevates the US into a potent player in the arena five full years after President Xi Jinping launched the belt and road project, his signature initiative. Aimed at enhancing China’s infrastructure links with the Eurasian continent through loans and guarantees backed by China’s vast foreign currency reserves, the initiative is estimated to have a quantum of about US$1.12 trillion currently, in some 2,220 deals spread across 87 countries.

In a thinly veiled dig at the Chinese initiative – which has come under attack because of the debt-trap diplomacy allegations – the White House said soon after the Build Act’s ratification that the IDFC gave developing countries a viable alternative to “state-directed initiatives that come with hidden strings attached”.

This week, the chief architect of the law was unequivocal about its objectives.

Ted Yoho, a Republican Congressman from Florida, told The New York Time s that long-time foreign-aid sceptics like himself and President Trump had backed the Build Act as a direct response to China’s burgeoning largesse towards developing economies.

For observers here in Asia and in the US, the big question is whether the American effort will actually take off.

The Build Act codifies major reform in the way the US dishes out foreign aid. For one, the IDFC’s US$60 billion exposure cap is double that of the Overseas Private Investment Corporation (OPIC) it is replacing. 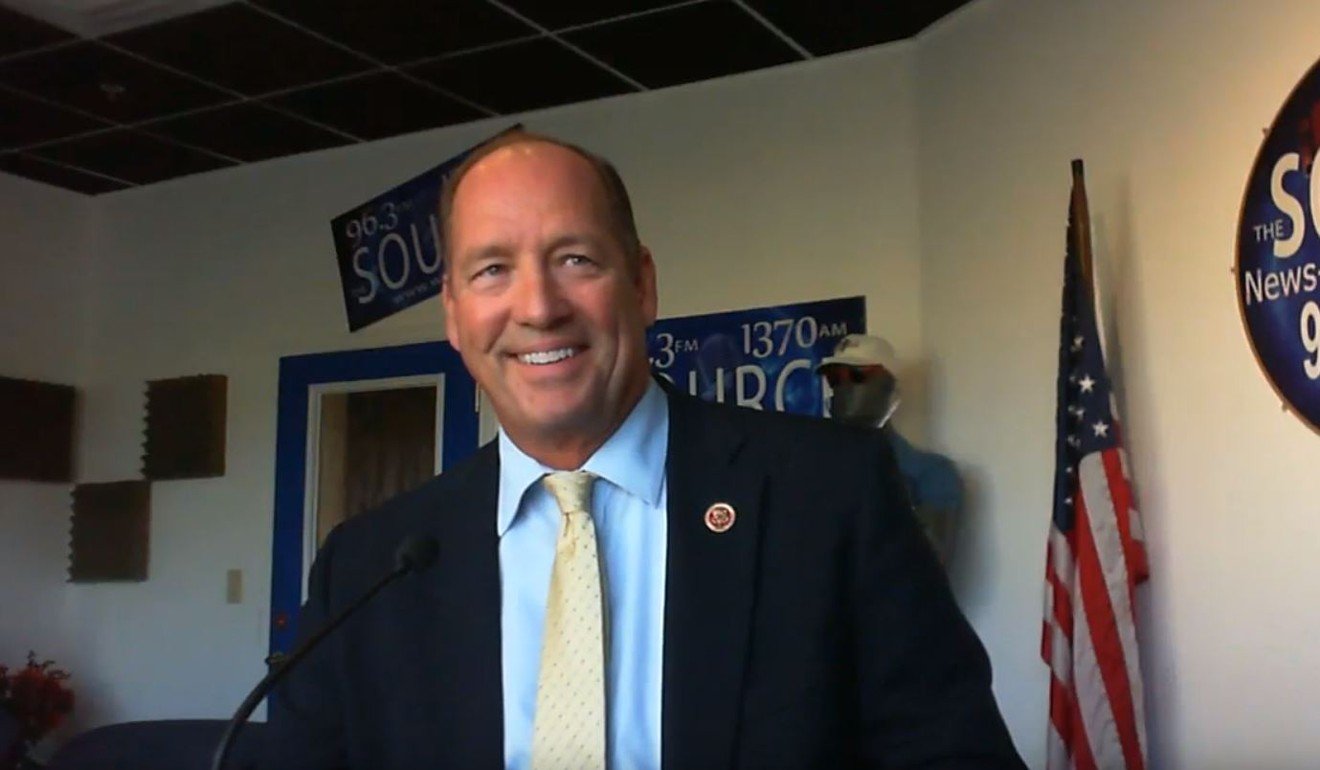 Unlike the OPIC, which was set up in 1971, the IDFC will crucially also be allowed to invest in equity – a practice commonplace among belt and road-linked Chinese lenders.

This would mean the projects IDFC finds itself financing may be a sea change from the kind of efforts OPIC was involved in: political risk insurance to support the expansion of Kenya’s tourism industry, the construction of irrigation equipment in India and small-scale infrastructure work in Eastern Europe following the fall of the Berlin Wall.

The IDFC of today may find itself being asked by countries to guarantee large-scale infrastructure projects such as ports and metro lines.

Edwin Truman, an American economist specialising in international finance institutions, told This Week in Asia that “as with all reform, the proof of their effectiveness will be in their execution”.

Said the former top International Monetary Fund official: “On this, one can be hopeful but also have doubts. We do not have a great history in some areas of our foreign assistance programmes.”

Observers and development-financing insiders warn against prejudging the IDFC solely on the basis of its exposure cap, which pales in comparison to what the Chinese have lent since 2013 at concessionary and non-concessionary terms.

Concessionary interest rates offered by the two Chinese lenders range at around 3 per cent, far lower than commercial rates but generally higher than state-backed Japanese loans that can run at about 0.5 per cent. 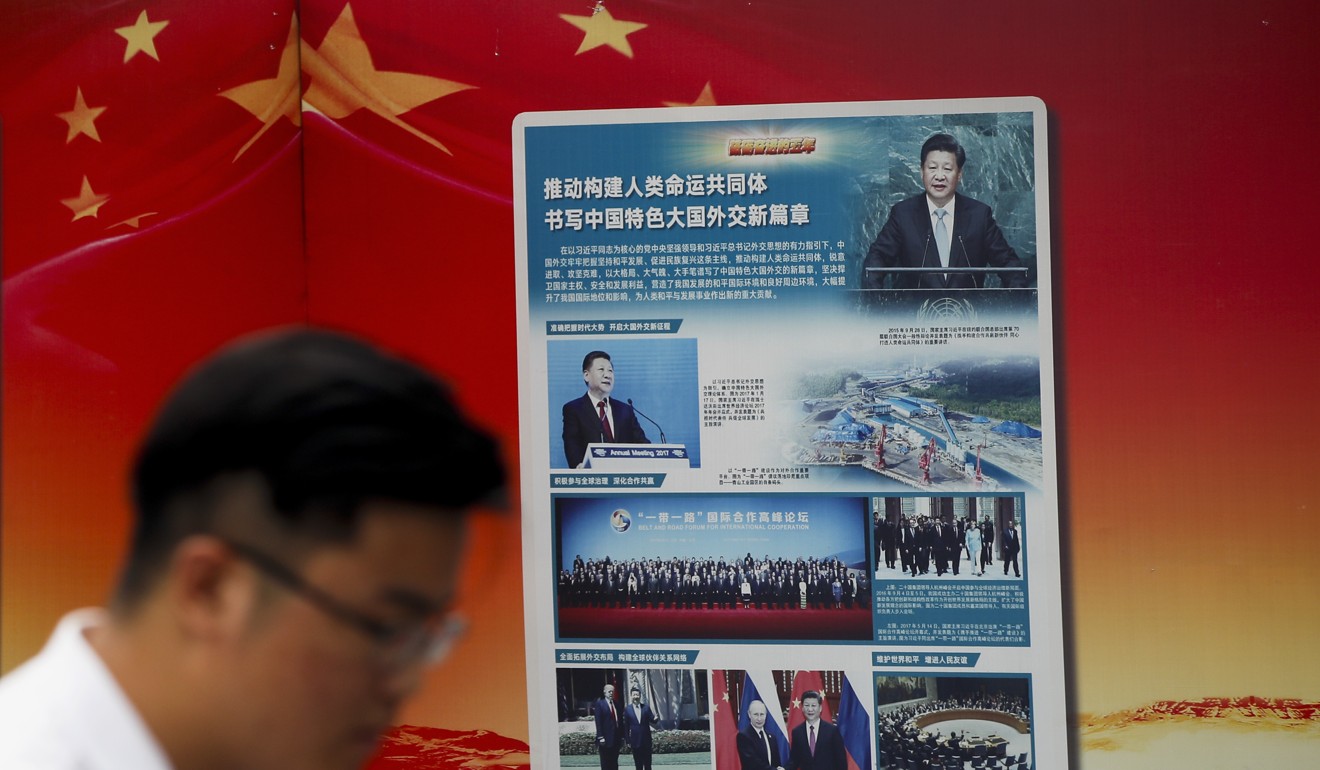 Japan last year offered India a 50-year loan at 0.1 per cent to fund a bullet train project between Mumbai and Ahmadabad, the financial hub of Prime Minister Narendra Modi’s home state of Gujarat.

“The US is never going to match China in terms of the belt and road’s scale and coverage,” said Koh, the Malaysia-based belt and road watcher.

Koh and fellow analysts such as Alvin Camba, a Filipino researcher of Chinese foreign direct investments at Johns Hopkins University, said the US would likely bank on its vast, freewheeling private banking sector and network of strategic partners to offer debtors “blended financing” options.

“America’s cornerstone will certainly be its ability to gather private sector participation and pledges of transparency and accountability and American values and so forth,” Camba said.

Where does Imran Khan’s government stand on China’s Belt and Road?

A senior banker at a major Southeast Asia lender told This Week in Asia that IDFC guarantees of projects in vulnerable economies – particularly countries with poor credit ratings – could prove crucial in galvanising support from private financial institutions in Washington-friendly Asian countries.

What won’t work in Asia, however, is if the US pitches the IDFC as a white knight that will save credit-starved emerging economies from Chinese debt-trap diplomacy.

That narrative – already prevalent in comments from Yoho and the White House – suggests the Chinese are intentionally creating client states by dishing out loans on which they know countries will default.

“It just does not logically follow because you have one or two bad projects and then you have 20 good projects … or maybe just 10. How can you conclude that that’s debt diplomacy? It doesn’t follow,” the Filipino researcher said. 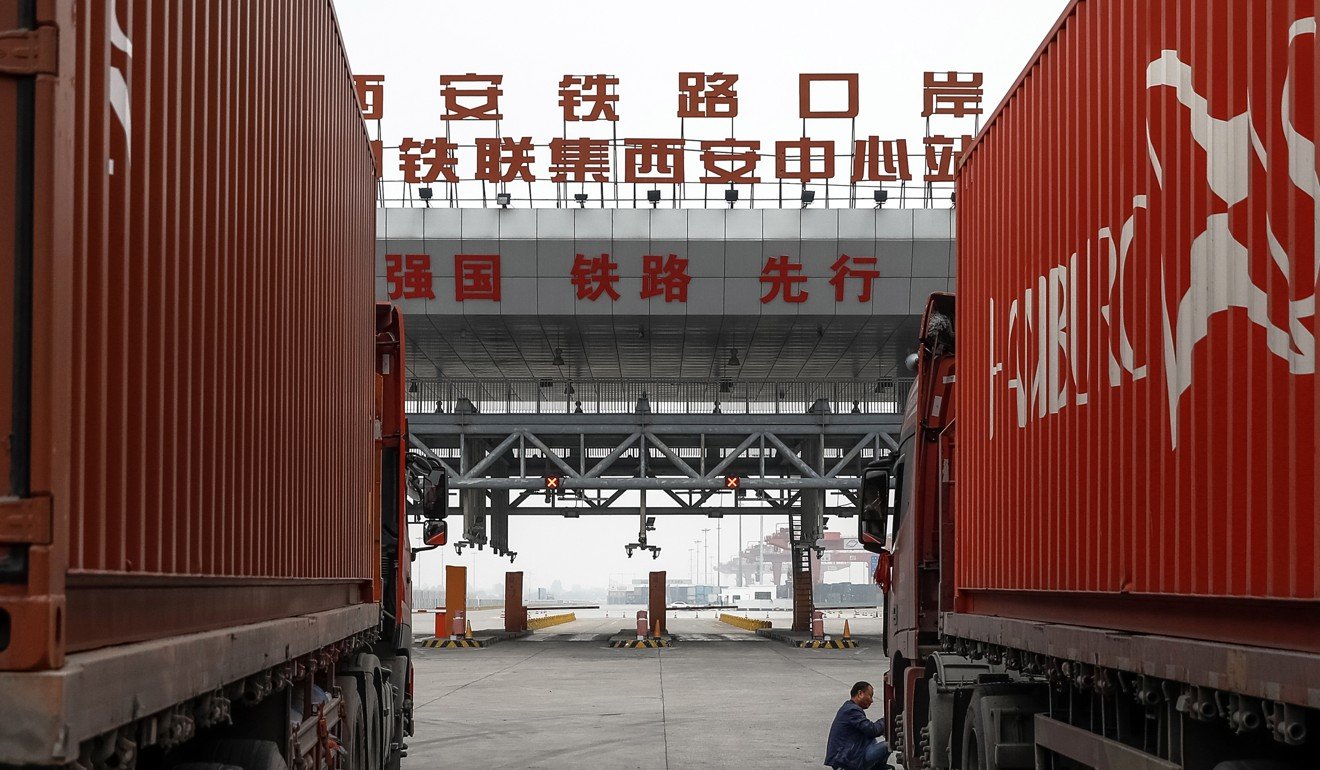 Observers say the US will never match China in terms of the belt and road’s scale and coverage. Photo: EPA

In the medium term, China may have little choice but to put up with the malevolent labels put on its international development financing efforts, with the US having the upper hand in the global narrative battle.

“The problem for China is that the English-speaking world is dominated by the US. It just can’t explain, it is crowded out,” Koh said.

Still with the slew of reviews taking place over belt-and-road-linked projects everywhere from Malaysia to the Maldives, Pakistan, Sri Lanka and Africa, Koh said competition from the US might be a good thing.

Chinese handling of Kazakhs a bump in Belt and Road

These countries are among those that have suggested they may have been given lopsided terms by Chinese lenders, or that the Beijing-linked funds were being diverted in the direction of surreptitious activities.

In Sri Lanka, The New York Times in June reported that belt and road funds may have been used to fund Beijing-friendly politicians’ campaigns.

In Malaysia, the new government of Prime Minister Mahathir Mohamad has suggested loans from Chinese-backed infrastructure projects may have been used to cover up the multibillion-dollar 1MDB financial scandal allegedly involving the toppled former leader Najib Razak.

Koh said he foresaw Beijing making transparency a top theme when it hosted the leaders of belt and road countries next year.

“So there will be some changes, for the better where China and the belt and road is concerned. Competition from the US will make sure that happens.” ■