To stay, or not to stay: US’s Afghan peace deal 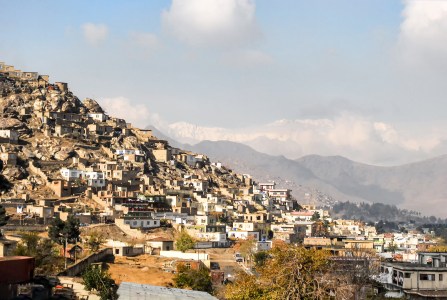 Informal settlements in Kabul Afghanistan on a hill. Shutterstock

Following so many speculations on the Afghan peace deal, US president Joe Biden has taken a completely different path in one of the most compound foreign policy challenges of the US government. In a secret letter to Asraf Ghani, state secretary Blinken envisaged a New Peace Initiative for the war-torn country. According to the plan, the US government proposed the Afghan government and the Taliban form an interim government for two years.  Unlike Donald Trump, the Biden administration took the regional actors into consideration and tried implementing a holistic approach towards Asia. Under the plan, the USA proposed a regional conference under the umbrella of United Nations with foreign ministers of the USA, India, Russia, China, Pakistan, and Iran “to discuss a unified approach to support peace in Afghanistan. But the Afghan government considers itself as the only legitimate actor in the peace talks with the Taliban. Therefore, it would be highly erroneous to think that the Afghan government would allow any external interference in talks with the Taliban. Even in recent times, Afghan president Asraf Ghani thinks that Washington is an illegitimate actor in dealing with the Taliban in an Afghan peace deal. The inclusion of geopolitical rivals in the peace talks might divert the main purpose of the peace process i.e. a safe and sound future of Afghanistan.

One of the major challenges the peace deal is likely to face is delaying the Withdrawal of Troops. The former US president Trump vowed to withdraw all its troops from Afghanistan by the end of May 2021. The Taliban leaders said it very clear after the defeat of Trump that they would certainly hope the Biden administration would honour the peace agreements its former had vowed for. And this was the major reason the Taliban leaders agreed to sign the peace agreement with the US government as the Trump government was committed to a complete withdrawal of troops. Clearly, the new peace initiative put the troops for a little longer. Even before coming into the administration, Biden indicated his willingness to keep a small number of troops mainly for special operations with surveillance and advanced technologies. Currently, the Biden administration is proposing the Taliban reduce the violence for 90 days so they both party can have space for a peace initiative. However, this approach is much undeveloped for the US part as the Taliban failed to adhere to the US-Taliban peace agreement signed in February 2020. The history is likely to repeat itself in the near future as the Taliban claimed that they would increase the level of violence if all the troops are not gone by the end of May.  The ambiguity of the troop’s withdrawal would likely worsen the security scenario of the country and both the US and the Afghan government are aware of that fact.

Neither the Afghan government nor the Taliban is willing to share its power with any external actors. Even inside the Taliban leader, there are divisions. So many groups inside the Taliban are acting autonomously. It would be a dramatic mistake to consider them as an integrated unit. It seems the Biden government is repeating the mistake that its predecessors have made in imposing a peace deal on the Afghan government. In the history of Afghanistan, no foreign countries ever could command a deal on the resistant Afghan people. As the Afghan vice president said on Biden’s decisions, “They can make decisions on their troops, not the people of Afghanistan.” Hence, the peace process must be Afghan-led, Afghan-owned, and Afghan-controlled as the Afghan fate cannot be determined by any external forces.

The terrorism issue in Afghanistan is not an issue of a single country or some regional actors. It’s a global issue. Hence, the United Nations should come forward and make some comprehensive strategies on terrorism as the new strategy of Biden is not likely to put an end to the violence in Afghanistan. It is very sad to see the inconsistent nature of the Afghan policy of the US governments, irrespective of their democratic or republic affiliations. After the killing of Osama Bin Alden, former US president Barak Obama was rushing to end the war in Afghanistan. When the Trump administration came to power, it committed itself to withdraw all its troops from the country as early as possible. And now