Rights abusers are from the time of armed conflict and they could face national and global scrutiny as the government fails to implement the constitutional body’s recommendations. 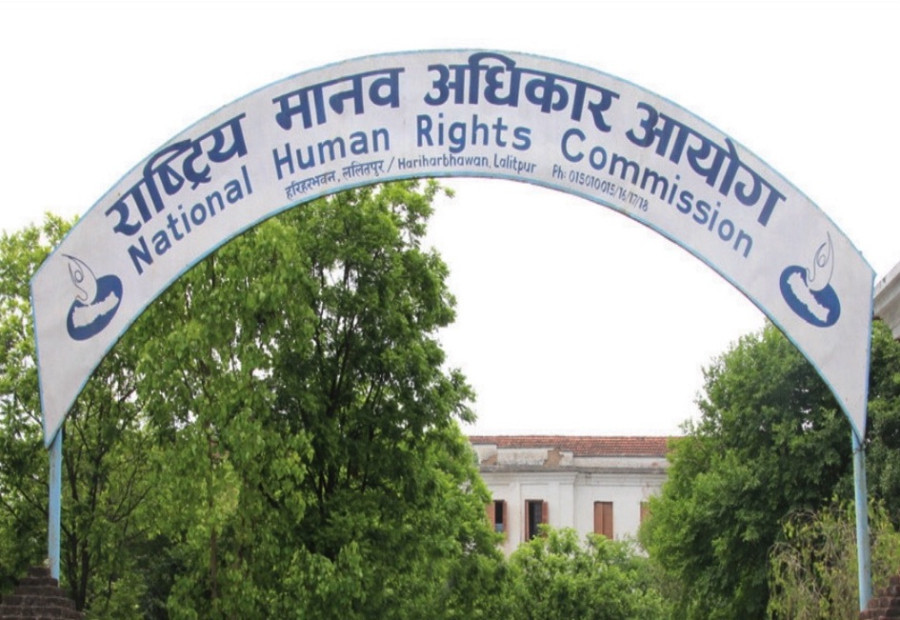 It is the legal responsibility of the commission to make public the list of human rights violators, the chief commissioner says. Photo: NHRC

A day after Nepal was reelected for a second term as a member in the United Nations Human Rights Council, the National Human Rights Commission on Thursday made public a list of 286 people including former top government and security officials implicated in serious human rights violations over the last two decades.The commission, which had been saying for years that it would publish the list of people guilty of human rights violations, as a way to put pressure on the government to take action against gross violators of human rights, did so only four days before the six-year term of the incumbent team led by former chief justice Anup Raj Sharma expires.

“It was the legal responsibility of the commission to make the list public and we have been able to do that at the last moment of our tenure,” said the chief commissioner Sharma. “We should have done this before but we couldn’t because of our own weakness.”

While Rana was implicated for his direct involvement in the enforced disappearance and the subsequent killing of five youths in Godar, Danusha in 2003 during the height of the armed conflict, Thapa and Magelo were implicated in case of excessive use of force by the Nepal Police in Rangeli, Morang during the second Madhes movement in January 2016.

The commission had directed the government to book Rana for criminal offence but he was promoted as the chief of Nepal Police by the Baburam Bhattarai government in 2012.

The constitutional human rights body had also asked the government to bring Thapa to justice as he was leading the national defence force when 49 people were forcibly disappeared from the Army’s Bhairabnath Battalion in Maharajgunj between April 2003 and February 2005 but that recommendation was never implemented.

“Only 30 of them faced legal action while there was no action against 256 others,” reads the report. Though 65 leaders and cadres of the Maoists, one of the warring parties in the decade-long armed conflict, have been implicated, none of them is a prominent face in the party now.

Article 249 (h) of the Constitution of Nepal authorises the commission to bring the names of the human rights violators in the public domain for record. Clause 7 of the National Human Rights Commission Act, 2012, too bestows the authority to make the names public and keep the record of human rights violators and of those officials, persons or agencies that don’t implement the commission’s recommendations.

Despite this authority, the previous leaderships of the commission hadn’t made the compiled list of perpetrators public.

The commission in the last two decades has made 1,195 recommendations to the government including 940 related to the decade-long insurgency, as per the report released on Thursday.

Officials at the commission believe that bringing out the list of human rights violators will pressurise state agencies to implement the recommendations by the commission.

“It will send out a message nationally and internationally that the government has been ignoring actions even in the cases of serious human rights violations,” said Secretary Bed Bhattarai, spokesperson for the commission. “As Nepal has been reelected a member in the United Nations Human Rights Council, it will be a moral question for it to follow up on the recommendations.”

Lawmakers and human rights experts agree that the commission has done a commendable job by making public how the Nepal government has been promoting impunity by not implementing the recommendations made by the constitutional commission.

Krishna Bhakta Pokharel, chairperson of the parliamentary Committee on Law, Justice and Human Rights, said successive governments have been flouting the constitutional obligations and the ruling from the Supreme Court to implement the National Human Rights Commission’s directives

“This has brought our culture of impunity before the public,” he said. “We will discuss the report in our committee and will work hand in hand with the commission towards implementing its recommendations.”

Human rights experts say the commission has come up with the report as there has been no change in the attitude of the governments towards taking legal actions against the perpetrators.

“The Nepal government will definitely have the moral pressure and its commitment towards human rights will be questioned at the international level, now that the report is out.”

Binod Ghimire covers parliamentary affairs and human rights for The Kathmandu Post. Since joining the Post in 2010, he has reported primarily on social issues, focusing on education and transitional justice.