Media reports continue to focus on the mass movement of refugees to European nations, while in reality, most of them are moving to other non-European countries. 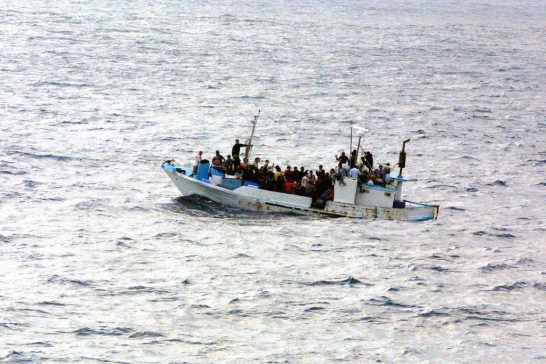 Oslo: Turkey, Bangladesh and Uganda alone received over half of all new refugees last year. Never before has the world registered a larger number of people displaced by war and persecution.

International responsibility-sharing for displaced people has utterly collapsed. Rich countries are building walls against families fleeing war, at the same time, lesser money is available for aid for people in conflict areas.

The number of people forced to flee reached 68.5 million at the start of 2018, according to figures from the UN Refugee Agency (UNHCR) and NRC’s Internal Displacement Monitoring Centre. This is as many people as there are living in the UK.

International cooperation and peace diplomacy are in deep crisis. The number of people displaced worldwide is increasing for the sixth year in a row, and fewer people are safely returning home.

Forty million people are displaced within their own countries, and another 28.5 million have crossed a border and become refugees.

When so few asylum seekers are arriving in Europe and the US, we have the responsibility to increase our support to less rich countries that are currently hosting a large number of refugees, like Bangladesh, Lebanon and Uganda, and increase the number of people we receive for resettlement.

The safety net we put in place after Second World War and which has provided millions of refugees with protection, is now being upheld by an increasingly small number of countries.

If these countries do not receive sufficient support, the whole protection system will unravel. If so, this will have dramatic consequences not only for the people affected, but also for the stability and security in many parts of the world.

By May this year, Uganda had only received 7% of the money needed for UN and other organisations to be able to provide necessary support to the large number of refugees from South Sudan and DR Congo. In Bangladesh the equivalent figure was 20%.

In addition to economic support to countries receiving a large number of refugees, 1.2 million refugees need to be resettled in a new country, according to the UN Refugee Agency (UNHCR). These are people that are not safe where they currently are. Last year the UN member countries only received about 103,000 resettlement refugees.

The consequences of the lack of responsibility sharing were evident this month when the rescue vessel Aquarius with 629 refugees and migrants was denied entry to Italian ports.

When people in need at sea become pieces in a political game, it is a grotesque symbol of the current lack of a proper system for international responsibility sharing.

NRC is concerned to see new border barriers raise in front of people fleeing war and persecution, and the refugees’ rights being under threat.

In many of the countries NRC work, people in power are referring to how European countries are closing their borders when they want to defend their decision to close their own borders.

We have to end this race to the bottom, and rather let us inspire by generous recipient countries like Uganda, where vulnerable refugees are being protected.