The unofficial dollarization: A turning point for the troubled financial system of Afghanistan 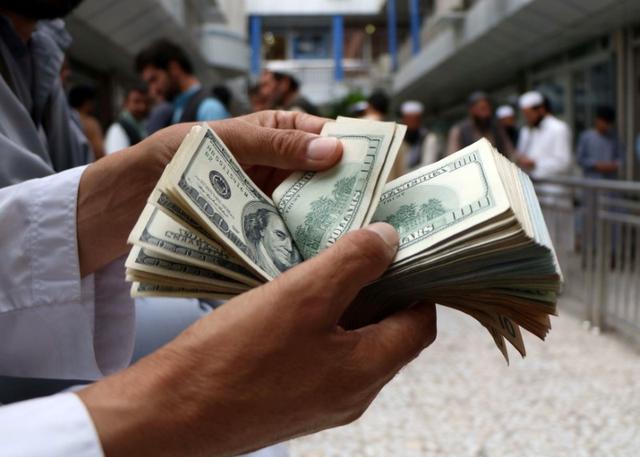 The worldwide negative influence of Dollarization has turned into a grave issue for the developing countries, including Afghanistan, which devaluates their domestic currencies. Afghanistan – a developing country and being largely reliant on foreign aids is more susceptible to the economic hitches of unofficial dollarization. One of the reasons is the unrestricted use of foreign currencies in most of the money markets and business transactions taking place in Afghanistan.

Undoubtedly, the influx of foreign aid to Afghanistan has, up to a great extent, helped the country’s financial system to revive. However, there is no law-based restriction on the unofficial use of US dollars by the Central Bank of Afghanistan (Da Afghanistan Bank – DAB). A recent financial data published by the DAB indicates that the deposited amount of USD has been far better than the domestic currency. The betterment of the dollar implies the huge volume of the dollars circulated in the markets of Afghanistan, which acts as a catalyst to dominate Afghanistan Afghani. DAB records a deposit of 651.17 million USD only in the 3rd quarter of 2019. This is not a positive signal for the economic and financial systems of Afghanistan. Because an increase in the volume of foreign currencies deposit to Afghanistan, such as the US dollars without legislative rules can both devaluate the domestic currency and will increase the inflation rate. The magnitude of Dollars usage leads to high demand for dollar – ultimately reducing the demand for the Afghani. Therefore, in this article, we attempt to examine the key factors that have to contribute to the use of unofficial dollarization in Afghanistan.

For Afghanistan, being prone to conflicts has been one of the key factors, inducing the unofficial dollarization to persist in the country. Perhaps, the reason is the country’s receptive stance due to its war-suffered institutions, and the foreign aids being granted merely in the US dollar. DAB takes millions of dollars into currency notes auction which takes place three times a week. Thus, the USD directly goes into the Afghan markets, and the magnitude of its circulation increases simultaneously. A bulletin published by DAB shows that 574.35 million USD have been auctioned during the year 2019.

Further, the investments that are made only in the USD is another propulsion behind the unrestricted dollarization in Afghanistan.  Similarly, Most of the Business to Business (B2B) and Businesses to Customer (B2C) businesses are done using the dollar as an exchange trend. In addition to that, the lack of transparency in financial management and the presence of corruption within the Afghan government have turned the economy into a  dollarized system.

The current account deficits, the imbalance between the Imports & Exports, and tax omission by individuals and corporations have caused deficits for the domestic revenues – creating a room for loans from the International partners. As recently the Afghan Senate approved taking a loan of USD 229 million from the International Monetary Fund (IMF) to fight the pandemic COVID-19. Taking loans in dollars results in the volume of unofficial dollarization to further increase in Afghanistan. This practice needs to be averted by the DAB by framing regulations considering the monetary policy of Afghanistan.

On the other hand, disagreements between the US and Iran, surged over the nuclear deal hindering the Afghan Government to stop the unofficial dollarization. As per the Deutsche Welle report, the stand-off between the USA and Iran turns the joint border of Afghanistan and Iran (Islam Qala) into a currency exchange market.  Iran’s economy is stricken due to the continuous economic sanctions imposed by the USA and its allies. In order to survive the imposed sanctions and take control over the inflation rate, the country is in a dire need for the inflow of foreign currencies particularly the USA dollar and Euro. Therefore, Iran’s Toman has also lost about 40 percent of its value since President Donald Trump’s decision on May 8, 2018, to pull the United States out of Iran’s 2015 nuclear deal with world powers and re-impose harsh economic sanctions on Iran. According to the anecdotes, the Afghan travelers are allowed to carry up to 10,000 USDto Iran – and thus sell that money to Banks in the country. Therefore, smuggling of dollars from Afghanistan to Iran may cause that the US and its allies, in order to further exert their pressures on Iran, will reduce the flow of aid to Afghanistan US presence and Iran’s political influence in Afghanistan shape the country to be beached in the midst of a dilemma, which is why the Afghan government has remained reluctant to outline policy restrictions on the unrestricted export of dollars to Iran.

Following that, Pakistan plays a vital role behind unofficial dollarization in Afghanistan as millions of dollars smuggled through rented families and individuals on daily basis to Afghanistan. The absence of a legal money market is another push up for inflow of dollars to Afghanistan. As the latest reports indicate that around 10 million USD are smuggled daily from Pakistan to foreign countries in which Afghanistan holds a major portion.

To sum up, high demand for dollar notes inflames additional issues such as an increase in the inflation rate that leads to the derailment of the outright financial system of Afghanistan. As 2019 records 1,369.76 million dollars demanded in the country and the inflation rate increases from 2.31% to 4.82%. The unofficial dollarization in Afghanistan will also cause the Afghani to further depreciate against foreign currencies particularly the USD. Therefore, the Ministry of Finance along with DAB is required to take joint actions to shun the unofficial dollarization and the illegitimate movement of a high amount of dollars both in domestic markets and its unrestricted outflow to Iran. For this to happen, the policymakers should outline a proper monetary framework and amend the monetary policy of Afghanistan considering the cross-border currency exchange.