The Rising Scourge of Linguistic corruption in Bangladesh 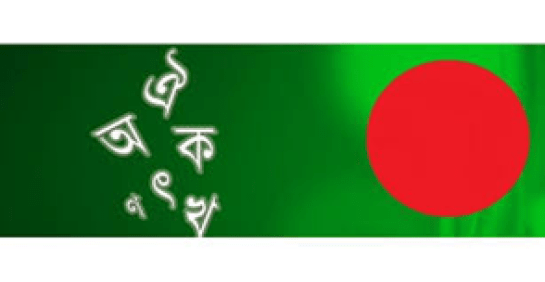 In Bangladesh, corruption meaning deliberate financial misuse and misappropriation needs no new debate. For several years in a row, Transparency International has consistently ranked Bangladesh as one among 10 most corrupt countries in the world.

What about linguistic corruption?

Not many in Bangladesh are aware of the creeping scourge of linguistic corruption and abusive use of language especially at the present time.

Linguistic corruption can be defined as misappropriation of linguistic resources, in form or function, in oral or written communication, by carelessness and/or immorality.

Linguistic corruption in all its form is not only rampant but also on the rise in Bangladesh.

In this article, I discuss three types of linguistic corruption  and these are: language mixing or linguistic border-crossing (mixing of Bangla with foreign languages, especially English); linguistic indifference (inappropriate or unedited expressions in written communication); and linguistic immorality (expressions that are deliberately crafted to deceive/mislead people).

In Bangladesh, while language mixing or border-crossing between Bangla and English is quite common and has received wider social attention, linguistic indifference – careless presentation of language especially in print form—which is equally rampant is yet to receive the attention it deserves. The third category, linguistic immorality—deliberate use of language to spread falsehood—which is no less widespread and is less recognized as a form of linguistic corruption is also on the rise.

Bangladeshis are one of the few nations on earth that gave their lives to protect the sovereignty and integrity of their mother language – Bangla, and later, took an important initiative at the UN to have 21st February, the Language Martyrs’ Day in Bangladesh, declared as the International Mother Language Day to commit other countries to the sacredness of the mother language and their duty towards it.[i]

Such dedications to the mother language by Bangladeshis imply that they would do their utmost to preserve the purity and integrity of their mother language – but do they?

Mixing of Bangla and English, a form of linguistic corruption, seems to have reached an alarming level in recent years. This mixing is often compared to the pollution of rivers. A recent study has identified several patterns of linguistic corruption that frequently mix Bangla with English, forming a hybrid language, which some have termed “Banglish”.[ii]

“Banglish” is quite rampant these days, especially among the younger generation. Efforts to stop this language mixing do not seem to have met with much success, mainly because firstly, policing language and language use is a difficult task and secondly, the notion that language is pure and thus is too sacred to be mixed with other languages is an impractical thought.

Linguistic developments such as “Banglish” remind us of choices between linguistic myths and linguistic dynamics—between the supposed purity and the reality of language.  Languages go through symbiotic processes and as they encounter one another, are prone to mixing. No language constitutes a linguistic island. Language is preserved in bilingual minds in hybrid forms. Bilinguals’ language use also reflects this mixing or hybridity, in different forms, in different contexts.

Some scholars have called for deconstructing dominant myths including linguistic purity, nationalism and language border-policing. They have put forward the notion of “translanguaging” which denies borders to languages. Translanguaging is an inevitable outcome of political, cultural and commercial exchanges that people from different language backgrounds experience and engage in. Thus, as far Bangladesh is concerned, translanguaging or mixing of Bangla with English is inevitable though the question that must be asked is: How much is too much?

The second aspect of linguistic corruption relates to linguistic indifference which, in practical terms, means lack of attention to quality proofreading and editing in written expressions. Poor proofreading is ubiquitous and can be found in texts of many subjects of print language. This easy-going attitude to print language is common in both English and in Bangla and, ironically, linguistic indifference is more common in educational materials.

A visit to and browsing of books and other written documents that find their way to Nilkhet area, a book bazaar in Dhaka city, Bangladesh’s capital, may reveal the scale of linguistic indifference. Nilkhet book market has emerged as a language factory of sort, an intellectual doppelganger of Jinjira, a place at the outskirts of Dhaka, that has earned its name for producing fake spare parts of machines and vehicles.

In 2006, one Robin Upton examined Bangladeshi essay books—many might have been produced in Nilkhet— and reached this conclusion: “the language and spelling of Bangladeshi essay books of all levels is very variable, but even the most accurate are rife with minor errors such as misspelled words, missing articles or capital letters, incorrect pronouns etc.”[iii]

Consequences of poor proofreading have brought some intriguing issues for my research on the variety of English that may be termed “Bangladeshi English”. The variety argument is based on the identification of features of English use, which are systematic, stable and communal. The random use of specific linguistic features belongs to the category of errors, which are not features of a new variety of English. It is difficult to decide whether specific features of language use should be treated as errors to be eliminated or varietal features to be promoted, thanks to the proofreading issues. For example, if the base verb (e.g., write) for a third-person singular subject in a sentence has “s” added to it in one instance (e.g., she writes) but missing in another (e.g., she write), it is hard to know whether the “s” dropping is a deliberate choice (a potential feature of a variety) or a typo/proofreading issue (error).

Post-truth was the Word of the Year of Oxford English Dictionary in 2016. Since then it has received a lot of media and academic attention. Although there are many cases of post-truth, many argue that Trump presidency and Brexit have made post-truth a dominant feature of political discourse. One of post-truth’s main purpose is what Noam Chomsky terms “manufacturing consent”.

Bangladesh is no stranger to post-truth. In fact, the practice of post-truth in Bangladeshi political discourse had begun long before 2016.

Post-truths are assertions that promote beliefs, emotions and opinions with little or no regard for facts or evidence or ethical obligations but are promoted to foster political mobilisation along party lines to retain hold on power.

In Bangladesh, post-truths have been a key political strategy in the past decade. These neo-truths give legitimacy to actions that are either wrong or results of ineptness of the government. For example, in recent times in Bangladesh many extra-judicial killings have been eye-washed with post-truth as cases of “criminals” killed in “encounters.” Similarly, many especially political dissenters that have “disappeared” in recent years have been explained by the government as cases of self-disappearances and some involuntary house internments as voluntary self-isolations.

Bangladeshis killed at the borders by the Indian security forces are often described by the Bangladesh government, a close ally of India, as “criminals”. Misappropriation of millions of Taka from banks etc. was trivialized by the immediate past Finance Minister as “peanuts”.

Post-truths are linguistic corruption because they destroy the meaningfulness of language in which post-truths are expressed. In Bangladesh’s political culture,  post-truths have reached an epidemic form and are polluting discursive practices in every rung of the society.

Dr. Obaidul Hamid is a Senior Lecturer in the School of Education at the University of Queensland, Australia. He researches language, education, and society in the developing world.