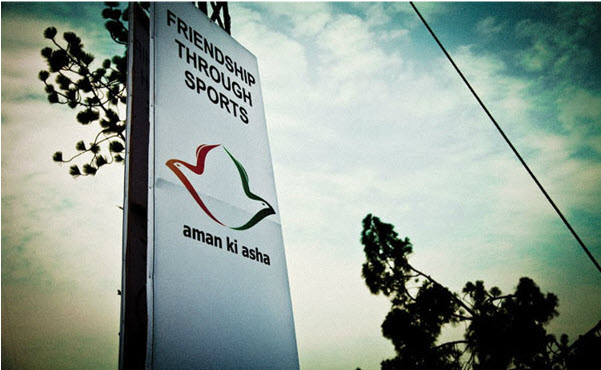 Track II diplomacy is a term coined by an American diplomat Joseph Montville in the 1970s which entails countries engaging via networks that operate complementary to the official government capacity. Only after the Soviet War in Afghanistan did this concept gain prominence. Track II dialogues have been an integral part in laying the groundwork for Track I negotiations to resolve various conflicts globally. Subsequent to the Cold War, they have been used as an important tools to advance the dialogue process among parties at odds in conflict zones such as the Middle East, Northern Ireland-Great Britain, and South Asia. The perspectives on the role of Track II diplomacy in different political scenarios are worth exploring. When extrapolated to potential international situations, the insights of this dialogue can help us work backwards, evaluate, and perform better.

The benefits of Track II discourse are aplenty. It is devoid of the rigidity aside from the partisanship which prevails in official dialogues. Hence, non-state actors such as NGOs, informal policy advisors, think tanks, lobbyists, and various entities can act in an unofficial capacity by injecting fresh perspectives in the policy dialogue. In an Indian and pan-international system, such engagement has its advantages and drawbacks.

Track II diplomacy is most effective when the official communication channels between countries are frozen. Consequently, the need for Track II dialogues can help clear the path and ease tension by allowing each side to explain its anxieties, policies and, activities. As a forum for testing new ideas, unofficial channels can also act as a platform to train potential leaders who can take the conversation forward.

Governments can work with Track II initiatives to ensure complementarity, i.e. leveraging these dialogues to work on formal negotiations and as a source of solutions. Flexible formats and agendas are major positives for governments partaking in such dialogues, be it the recent Indian Minstry of External Affairs (MEA) sponsored Raisina Conference or the Neemrana Dialogue. They give way for fresh perspectives from representatives to break away from pre-existing alliances (ex. erstwhile Soviet satellite nations or even present day pro-Western coalitions). These discussions may comprise of diplomats, former military personnel, academics and former heads of States who can push for bilateral or regional cooperation through their networks and influence.

Organisations like the Nobel Prize winning Pugwash Conferences on Science and World Affairs; The Pakistan Institute for Legislative Development and Transparency (PILDAT) and Jinnah Institute in Pakistan; Institute of Peace and Conflict Studies (IPCS) and Observer Research Foundation (ORF) in India, to name a few, have all worked towards improving bilateral relations between India and Pakistan. Track II avenues can correct misperceptions, bridge differences and most importantly keep channels of communications open during times of hostility. Looking at Indo-Pak relations, it is clear that episodes of cross border terrorism and malicious information wars materialize whenever an official channel of communication opens up. This subsequently results in an increase in regional tensions and the break-down of peace talks.

While free of certain legislative and executive oversight, there are limitations as well. Track II dialogues can take place under the explicit approval of the Home/Internal Ministry of the concerned countries by granting the participants visas to travel. The parties can also meet discreetly in a third country to resolve differences and settle disputes. However, are times where these overtures do not yield much traction. Occasionally, the dialogues may undermine or compete with official initiatives, thereby rendering conflict resolution attempts counter-productive. Track II can also bring representatives of opposition factions like the separatist leaders from Tehreek-e-Hurriyat who had attended Pugwash International Conferences. The involvement of parties with violent/controversial pasts can result in domestic backlash and criticisms.

Some of these dialogues may also not produce policy-relevant outcomes or they may pursue interests not endorsed by the government. For instance the ‘Aman Ki Asha’ campaign (started by media houses in India and Pakistan), cultural exchanges, and etc., have failed to address real problems between the countries. The Pugwash Conferences held in Kashmir have tried bringing politicians, journalists, scholars, and civil society representatives from India and Pakistan for many years. Unfortunately they are not: 1) relatively impactful and 2) cleared by the State. And for Track II to be productive, it has to be discreet without external media scrutiny.

In the Indian context, the potential to harness external policy input from people, academic institutions and think tanks is moderate at best. This is because the elite Civil Service machinery handles the lion’s share of the inputs and research used to make policy decisions. While think tanks in India do contribute to the overall policy debate, their influence on government policies don’t compare with the think tanks and lobby groups in the West. For instance, the Brookings Institution’s Bruce Riedel had Obama’s attention in 2009 when he was revamping foreign policy towards the Af-Pak area. As a scholar at the renowned think tank with prior CIA tenure, Bruce Riedel reported to the President’s national security advisor.

The people to people bridge building-citizen diplomacy veers away from Track II and borders on Track III, drawing constraints to the capability of the former. Such diplomatic programs like student exchanges at the high school level are subject to funding restrictions since either private funds or government expenditures cover many program costs. Compounding this issue is the state’s power to grant visas, which can obstruct participation for any delegate and his/her ability to control the discourse.

Track II channels are not always bound to produce legislative outcomes. The results of such diplomatic activity are completely subjective to the countries in question, need of the approach, maturity of their moves, and the level of impact they wish to create. If a certain amount of goodwill emanates from pursuing Track II diplomacy, the initiatives can be considered successful. Although there are a few examples of non-state actors’ prominence in policy formulation. For instance, current N.S.A. Ajit Doval’s recommendations are not only derived from his days as a spy but from his national security expertise as the head of the think tank Vivekananda International Foundation. However, it will be a while before other similar institutions can follow suit in India.