The Pandemic Pressure of Covid-19 in the Chittagong Hill Tracts, Bangladesh 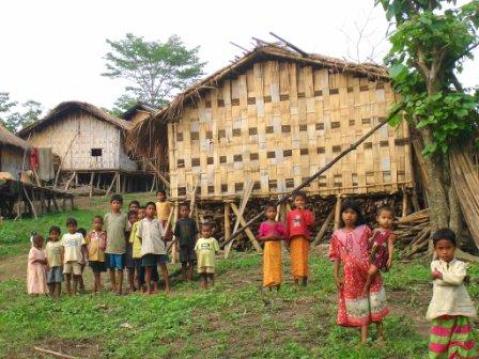 The Covid-19 pandemic has overtaken the planet since the beginning of this year. After the first case of coronavirus disease 2019 (COVID-19), caused by severe acute respiratory syndrome coronavirus 2 (SARS-CoV-2), was reported in Wuhan city of China, in December 2019, the deadly virus has spread across the planet. Given the scale and span of the outbreaks across the countries within just two months, the World Health Organization (WHO) declared the Covid-19 as a pandemic on 11 March 2020. In no time, the coronavirus reached 213 countries and territories around the world and 2 international conveyances, resulting in more than 16,323,484 COVID-positive cases and 650,387 deaths. In Bangladesh, the virus entered a little late, in early March of 2020, but staying long until now with overwhelming impact on the lives and livelihoods of the most people, while the effect on the poor and indigenous people is considerably evident. As of July 25, the death toll from the highly infectious viral disease hits 2,928 lives while its infection reaches 223,453 in the country.

As of July 25, more than 16 million people around the globe have been infected by the virus so far, while more than half a million valuable lives have been lost due to this deadly disease. During this period, vast epidemiological data have been recorded globally that can provide clues about how the pandemic has been handled differently around the globe resulting in a different outcome. As we have seen the world’s most powerful state, the USA has been hit the hardest by this virus resulting in the highest number of infections 4,341,565 and 149,602 deaths, while a developing country like Vietnam has successfully fought against the virus with 369 infections and zero death making a clean white sheet despite a long border with the source of the virus, China, and close to one of the current hotspots of the outbreak, India.

In Bangladesh, the first case of coronavirus patient (Covid-19 positive) was recorded on March 8, and the first death was declared after 10 days. We have also seen dissimilar outcomes from diverse regions. While the capital city Dhaka is identified as the worst affected area, the Chittagong Hill Tracts (CHT) has been considered as a least affected region in the country with 1,432 infections and 15 deaths in three districts of the region (i.e. Rangamati, Bandarban, and Khagrachhari), though its neighboring three districts have more infections (17,955) and fatalities (314) (such as Chittagong, with 13,503 infection and 227 deaths, Cox’s Bazar, with 3,242 infections and 58 deaths (including 6 Rohingya), and Feni, with 1,210 infections and 29 deaths). Thus, regional diversity has been considerable circumstances in response to the pandemic.

A considerable existence in CHT is diversity. It is distinct and internally diverse from all other regions of Bangladesh— in terms of demography, economy, culture, food habit, belief systems, dress, language, and even administratively. Traditionally, the CHT is divided into three circles (i.e. Chakma, Bohmong, and Mong) along with 14 separate communities. Like the plain districts, the CHT has three separate district administrations, municipality, Upazila, and union councils, but except all other regions, the CHT has one Regional Council, Development Board, three different Hill District Councils, and traditional organizations run by headmen and karbaris. Apart from these, the region is fully equipped with a huge number of security forces including army, border guards (BGB), police, paramilitary auxiliary forces (i.e. Ansar Bahini), intelligence agencies, and government–non-government volunteers. The presence of the security forces is all-pervading, even in the remote hills and mountains of CHT. Moreover, many regional, national, and international NGOs that have been working since the signing of peace-accord in 1997. These all have practical implications in the coordinated response to the coronavirus pandemic.

The reason for the small number of confirmed cases and total deaths from Covid-19 in CHT has been a subject of concern. Some have attributed it to the scattered geographical localities, coordinated steps, high level of discipline exhibited by its diverse inhabitants, and maintenance of hygiene protocols such as the full-time wearing of face masks and frequent handwashing as suggested, and monitored by the local bodies and security forces. These all require a holistic perspective to explore the regional dynamics of CHT encompassing everyday lives, society, economy, and livelihoods of its diver people.

This short piece intends to explore the dynamics of CHT— not merely for the sake of diversity or cultural plurality, but mainly to understand how the heterogenous inhabitants of the region have been managing the spread of the deadly coronavirus curbing its outbreak as low as possible. It focuses on the responses to the pandemic and will discuss how the regional as well as internal differences experienced in the fight against the deadly disease (Covid-19). It also attempts to understand why the outbreak is positively low in the hills, how people have been coping with the effects of the epidemic. Eventually, the essay will be an addition to the existing knowledge and scholarship showing how to deal with and prepare for future challenges including ethnic conflict (both intra- and inter-ethnic) that engulfed the whole region for long, and obstructing the path of peaceful development in many ways.

Based on my telephonic conversation with the people of CHT, I came to learn their experiences and perceptions with regard to the Covid-19 disease. While China has been blamed for the origin of Coronavirus for its people’s food habits such as snakes, frogs, bats, and pigs, indigenous people of the CHT have also been blamed for the same as they are believed to eat frogs and snakes, although they say they do not. This is a long-standing cultural segmentation. The indigenous people have a long tradition of managing such disasters to maintain proper quarantines. We have also seen such traditional lockdown in a bid to maintain social distancing.

However, they along with the Bengalis, the indigenous people have maintained and contained the outbreak successfully. Here it may be mentioned that among the 15 death cases in CHT, only one-fifth belong to indigenous communities. The Bengalis in CHT are also somewhat different from the plain districts as they live scattered and maintained the instruction as much as possible. Since there is no big market, station, or such gathering sport in CHT they were able to maintain social distancing at large. But if the transport and business (such as fish and fruits) with other districts (such as Chittagong and Narayangonj) could have been managed well before the spread of the virus in CHT, the infection and death could have been reduced further.

As an isolated territory of the country, inhabitants of CHT, face several challenges during the Covid‐19 pandemic. Some of them relate to the limitations of its public healthcare system, especially in primary healthcare and in the high hills, in particular, which is currently transforming into a new healthcare system, as well as to the social and economic inequality. A significant part of this population, who live in the high hills, experiences a differentiated impact (compared with the plainsmen) on their health condition and in access to and care from the public health system. This is due to the inadequacy of the healthcare system for linguistic and cultural diversity, discrimination based on ethnicity, and, among others, the ‘hospital‐centric culture’ concentrated in the district headquarters (though not up to the mark) that leaves the remote areas abandoned.

However, as stated by the most indigenous people, if the coronavirus test could have been done in CHT (Rangamati, Khagrachhari, and Bandarban), the actual picture would have been understood. Now only a small number of samples (specified, note more than 100) from the three districts can be sent to different centers in Chittagong or Dhaka for tests every day resulting in late reports, and often incorrect reports. In effect, people became reluctant to test. Moreover, they do not consider it is urgent to come to the district headquarters from remote hilly areas to give samples for testing, because they have more responsibility to make a living for their families than testing especially when the indigenous fruit and jum cultivators and Bengali fish traders face acute livelihood crisis. Even though relief is provided in CHT, it is not always possible to reach remote areas; moreover, they are inadequate. Due to the scattered and remote location of CHT, if there was a system of work and food supports in all the Upazilas, they would not have to face so much vulnerability. Moreover, the acute scarcity of drinkable water in many remote areas has made their lives miserable.

Although the indigenous people have been plagued by diseases other than corona (such as measles), they have been able to keep corona far away. Living in remote areas, and lack of access to the Internet, indigenous children lag far behind in education as well, they have never even heard of online education or classes whatsoever. Besides, the conflict in CHT has resulted in a number of intra-conflict hill killings, and in some places, the indigenous people faced displacement in the midst of an epidemic, that has in fact exacerbated the situation.

Many people see the virus as a telescope through which everything can be seen, while others call coronavirus x-ray machines that can clearly see where the problems are in the body of the country. The virus has clearly exposed vulnerabilities in all health-related sectors. Now it is the responsibility of all concerned bodies and organizations to overcome the identified limitations and prepare for the future – that will not only be able to deal with the Covid-19 or similar pandemics but will also try to keep our daily lives free from the prevailing miseries.