The Man Who Helped Identify and Kill Osama 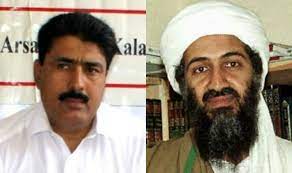 Hailed as a hero in the United Sates while a traitor to most in Pakistan, Dr. Shakeel Afridi, is being taught a lesson in his native country that neither he, nor his countrymen are going to forget in a hurry.

For the last ten years, he has been spending his time in a solitary confinement in Sahiwal Jail in the Central Punjab province of Pakistan. Though credited by the western intel agencies, specially the CIA, for helping identify Osama bin Laden, the world’s most wanted terrorist in 2011, he finds himself in a highly unenviable position. He helped the Americans in identifying and even locating the whereabouts of Osama but he has never been publicly owned by his patrons, the CIA and the US administration.

And tragically, the sentence, he is serving jail for 33 years, obviously for helping in getting Osama killed by the US Navy Seals, is very different. He has been charged and sentenced under an outdated colonial law by a tribal court, purportedly for providing money to an insurgent group. Interestingly, in spite of various efforts, the government and the Inter-Services Intelligence (ISI) of Pakistan failed to find any evidence that could link his role to the location and killing of Osama bin Laden.

The main accused in the ghastly 9/11 terror attack in New York, Osama bin Laden was searched around the world by the Americans. Though suspected to be hiding somewhere in the region of Afghanistan-Pakistan border regions, the American intel failed to locate him for quite some time. However, his presence and subsequent killing in the vicinity of Pakistan’s military centre at Abbottabad, turned out to be extremely embarrassing and diplomatically damaging for the country.

How much Dr Afridi’s help was instrumental in the US Navy Seals’ dramatic midnight operation, under the eyes of country’s powerful military, remain classified. However, the certainty of Dr Afridi’s role is confirmed through the actions of Pakistani establishment and the reactions of the US administration.

Dr Afridi was the top medical professional in the tribal Khyber region who ran various US-funded vaccination programmes in the area. As part of the endeavour, he also set up a hepatitis B vaccination that included people of Abbottabad also. Reports suggest that the American intel wished to secure blood sample from one of the children living in the high security compound to confirm the presence of Osama and somehow Dr Afridi played a critical role in securing that input for them.

Dr Afridi was taken into custody on 23rd may, nearly three weeks after the killing of Osama on the night/morning of 1st-2nd may, 2011 and the global condemnation of Pakistan. Clearly embarrassed and caught on the wrong foot, ISI and the Pakistani establishment tried hard to make him accept the charges of treason. When that could not happen, he was accused and charged of providing medical assistance and funding to militants of Lashkar-e-Islam, a banned and currently defunct, outfit. He was handed a sentence for 33 years, that was later reduced to 23 years, on appeal.

His family members and lawyers, have repeatedly claimed that he has been fixed, that he has no role to play in the entire episode and the fact that ISI and the all-pervasive Pakistan Army, bungled it and allowed foreign special forces to come deep inside the territory and kill their target, needed a scapegoat and Dr. Afridi, turned out to be one.

Hence his family members been harassed, he has been vigorously tortured and put in very inhuman conditions in a seven-by-eight-foot solitary cell where he is not allowed any facilities, or connect with the outside world. Even family members while visiting him, only twice a month, are to maintain a distance, not talking political or jail issues and as some analysts claim, is being taught a lesson that no Pakistani dares to cooperate with western intel in the future.

Dr Afridi’s unlawful imprisonment and the fact that he was somehow helpful in locating and getting Osama killed, has generated both sympathies and outrage in the US. The US administrations’ decision to cut federal aid to Pakistan to the tune of US$ 33 million, was symbolic of its displeasure in the form of aid cut to the country, a US$1 Million for each year of his jail sentence by the court.

There have been informal discussions among the two establishments regarding Dr Afridi case. Discussions that he could be released under a prisoner swap arrangement for Aafia Siddiqui, an alleged Al-Qaeda operative currently lodged in an American jail, is doing the rounds for some time. It is likely, that to cater to a section of country’s radical segment, the Pakistani establishment could use the legal loopholes in the system to set him free and use the release and homecoming of Aafia, for domestic political and strategic reasons in future.