The interface of Nuclear Deterrence with Emerging Security Concerns for Pakistan 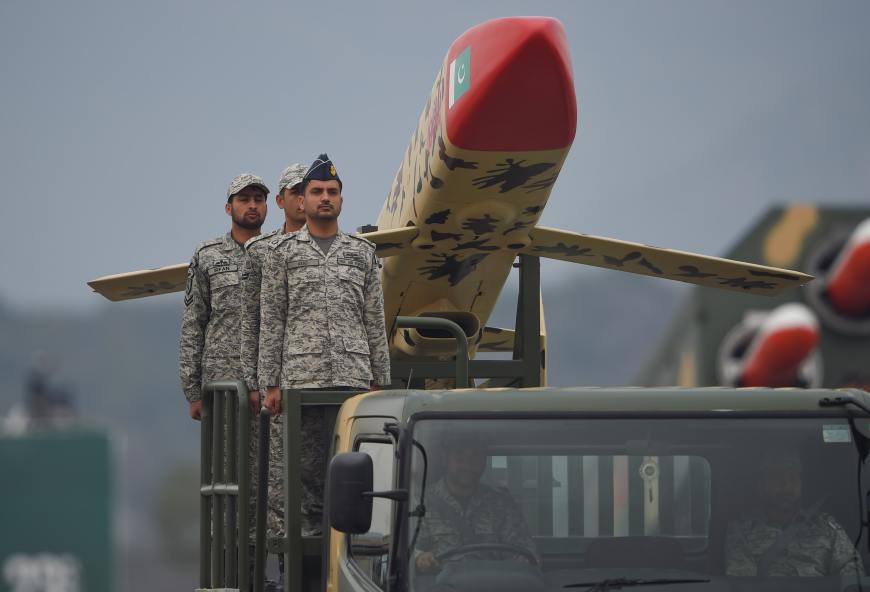 Nuclear deterrence refers to a situation in which one state presents its adversary with a threat (overt or covert) of using nuclear weapons to discourage the adversary from taking any aggressive action that otherwise, the adversary would consider taking. The term nuclear deterrence was widely understood and used to deliberate upon the Cold War’s global strategic arena between the United States and the former Soviet Union. However, later on, nuclear weapons were acquired by some other countries as well. This has been characterized as the “second nuclear age.” The beginning of the second nuclear age was not marked by some catastrophic destruction like the one witnessed in the first nuclear age after the bombing of Hiroshima and Nagasaki. But, the second nuclear age has brought its perils for international security and stability. Security experts worldwide believe that the second nuclear age started with India’s so-called peaceful nuclear explosion (PNE) in 1974. This Indian action, along with its historical clashes and aggressive policies towards Pakistan, has substantially created the security dilemma for Pakistan over the years. Threatened by this, Pakistan was compelled to attain a credible nuclear capability. However, the region’s emergent security dynamics have made the nuclear deterrence and deterrence stability in the region more complex than before.

Given India’s continuous attempts to break free from mutually assured destruction (MAD), Pakistan has become more threatening. In the second nuclear age, maintaining a credible deterrence vis-à-vis one’s adversary has become more challenging with technology’s rapid advancement. This has resulted in facilitating changes in policies, strategies, and doctrines of the states. Pakistan is a country bordered by a nuclear-armed adversary in the region, where both neighbors share unresolved disputes, historical grievances, common mistrust, and growing divergence of interests. Therefore, nuclear deterrence is highly significant for preventing an all-out war between both states. Due to its hegemonic ambitions, India is attempting to find grounds of conflicts that it hopes would stay below the nuclear threshold of Pakistan. Moreover, emerging technologies and the changing nature of warfare have considerably increased security concerns for Pakistan. In recent years, other than existing conventional and unconventional threats from India, Pakistan has been facing threats in the emerging technological domains as well. This would likely impact the nuclear deterrence equilibrium in the region.

When India firstly attempted to exploit the levels below the nuclear threshold by inventing a military doctrine of proactive operations, otherwise also known as Cold Start Doctrine (CSD), Pakistan effectively blocked Indian intentions by bridging the gap between its conventional and strategic domains. However, over the years and with the rapid military modernizations, technological developments, and information warfare, states’ emerging security concerns are being originated from space, cyber and grey warfare. Likewise, the technological developments being carried out by India in the domains of cyber warfare, outer space, Artificial Intelligence (AI), and hypersonic weapons can further disturb nuclear deterrence by prompting major uncertainties, ambiguities, and speed, especially during a crisis. All these factors would likely remain a significant security concern for Pakistan in the coming decade, especially the Indian Space militarization and weaponization. The consequences of such actions by India would further affect the deterrence stability in the region. It would be notably important to highlight that as part of its space modernization plans, India has launched 42 communication satellites to date; most recently signed BECA with the US, established designated military space agency “Defence Space Agency.” Furthermore, it tested an anti-satellite weapon back in 2019 along with the indigenously developed geostationary satellites (GSAT), Radar Imaging Satellites (RISAT), and Cartosat satellite with earth observational. Threats emerging from disruptive technologies (cyber warfare, artificial intelligence, automated decision making, small satellites, big data analysis, robots, swarm technology, and 5G/6G) can disturb the balance of power in the South Asian region since the state with better access to disruptive technologies would have better chances to disrupt and destroy its adversary in first-strike. With India investing heavily in disruptive technologies, Pakistan’s security concerns are considerably increasing in this arena.

The interface of these technologies with nuclear deterrence is not very stable. Consequently, these technologies “erode the foundation of nuclear deterrence” by improving remote sensing, uncertainty, and weapon accuracy. In recent years, India’s information warfare has emerged as a challenging threat for Pakistan as well. Recently, Europe based NGO, EU DisInfo Lab, issued two reports in 2019 and 2020, which shed light on Indian information warfare against Pakistan. The reports have exposed how India is involved in spreading disinformation through fake media channels, websites, NGOs, IOs, and prominent political personalities in Europe and the UN. Pakistan has presented a dossier to the UN Secretary-General and the international community to highlight the Indian sabotage and subversion activities. Though this information warfare does not directly affect Pakistan’s nuclear deterrence, it affects Pakistan’s international reputation. It weakens national cohesion as this information warfare is exploiting the national fault-lines.

Hence the technological developments in these emergent domains have put states in a continuous state of war, even during peace times. Pakistan is a country that is ensuring its survival in one of the most volatile regions, owing to its nuclear deterrence. However, to tackle these emerging security concerns, especially the “war of narratives, relying on reactive strategies might not serve as a plausible way out for Pakistan. But greater measures, strategies, policies, and investment are required by Pakistan in the domains of cyber, space, AI, ML, and even hypersonic weapons. This, however, is not to say that the importance of nuclear weapons is declining. There is no alternative to nuclear weapons to deter an adversary and help the state achieve its strategic objectives.