The Baloch and identity – How Pakistan dealt with the question of identities; Balochistan and Gwadar Port 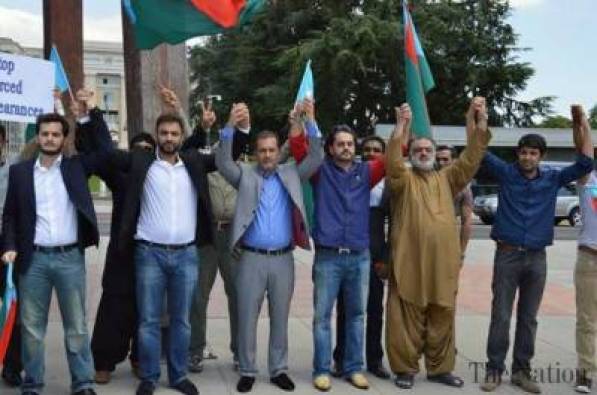 Pakistan as a post-colonial state has deployed two forms of reductionism against identities. One is identity disregard entailing either ignoring or neglecting them altogether. Second is singular affiliation which takes the form of assuming that particular person preeminently belongs to one collectivity only while subsuming all others. Both are toxic, incitement to ignore all affiliations other than those emanating from one restrictive identity is at the very nub of violence in our times. Nation-state often views diversity as its nemesis and is often associated with political instability, but some of the most diverse nation-states have avoided confrontations and tensions, yet established nation states with relatively little diversity have floundered. Different ethnic groups are increasingly asserting themselves for the recognition of identity. Uygurs in China, Alawite in Syria, Armenian in Greece, Kurds in Iraq and Turkey, Basque in Spain, Tibetans in China, Tamils in Sri Lanka, Kashmiris, Sikhs, and Nagas in India and Balochis in Pakistan are some of the ethnic identity groups struggling for recognition.

Even though the growing interconnectedness and interdependence of economies around the world, and the complexities generated by intense competition, leave little room for the possibility of actual independent secession of these entities, international pressures assert that these national minorities have full rights to defend their languages, cultures, religions, and traditions. There are multiple ways to study the impact of globalization on identities. Some see globalization as a threat to ethnic identity; as it is creating a world where homogeneous identities are emerging or at least one where the number and variety of ethnic (and other) identities are in decline. However, ethnic identities are not as weak and fragile as commonly held, but far more powerful as they are deeply embedded in different structures. Ethnic identity is also sharpened by resistance against the homogenization of identity. Further, it is argued that like ethnic identity itself, globalization, is seen as a modern phenomenon. Therefore they are part of the same modern process leading to a proliferation of ethnic identities, not to a diminution in the number and variety of such identities and the differences among them. Thus, globalization brings with it an increasingly bewildering array of ethnic (and other – class, gender, and racial identities, among many others) identities.

The various changes engendered by the economic growth and development in post-colonial states like Pakistan will be welcomed by the people only if they are equipped with the skills. A welcome change in this context is the construction of Gwadar port and the allied infrastructure. An interesting question would be to see the spinoffs it generate and provide to the Baloch people. From the very outset of these projects, Baloch people fear the loss of identity and usurpation of economic resources by external forces. Two facts buttress these fears; the white paper issued by the Pakistan government on Gwadar project reveals that the population of the Gwadar city is expected to shoot to over two million, who are expected to be mostly outsiders. Given the lack of social and economic infrastructure, Balochis are ill-equipped to take advantage of the opportunities that will open up with the construction of the port. They might get some manual jobs during the construction phase, but they will have to fend for themselves until resources are allocated to make the people skilled. Coupled with the issue is the fact that the security situation continues to be precarious both within Baluchistan in which they out-migrate to other places while people from Afghanistan trickle into the state, the constant pouring of Pashtuns will also be the cause of worry. Baloch people have been displaced without due compensation, and locals have not been taken into consideration. They have resented the sale of land around the port to non-Balochi people especially Punjabis. The influx of other ethnic groups in the province can drastically change its demography set up, threatening the traditional value system.

Baluchistan is most diverse and multiethnic province of Pakistan. The state has affected the interests of larger groups. Therefore, a strong sense of mechanical solidarity has developed among them. Most ethnic groups have not only a common enemy but a common list of grievances against State as well. Pakistan has refused the multiethnic nature of the state and sought to dilute it by the imposition of the superstructure of Islamic identity, promotion influx of migrants and Urdu language. But Baloch nationalism is at variance with the paradigm of top-down construction of Islamic national identity, a sore point between Centre and states. To hold such culturally diverse nation unified it has been a Himalayan blunder to rely solely on the leadership of Jinnah and a common faith. Every ruler in Pakistan has snubbed at the concept of multinational Pakistan.

There is a demand to declare Pakistan a multi-national state for the protection of ethnic identity. At the very basis of these disgruntled mainstream ethnic, cultural groups are the ‘Lahore resolution’ which called for the creation of a state where constituent units would be autonomous and sovereign. Every demand for autonomy by ethnocultural minorities is rejected outright and assumed as a threat to territorial integrity of Pakistan. This threat is often used by the central government as a bargaining chip to satisfy their maximalist position.

However, the ascendency of aspirational politics is the end of radical materialistic critique. It is both factionalizing and depoliticizing as it is drawing attention away from the ravages of the late capitalism which started in post-colonial countries towards superstructural, cultural accommodations that leave economic structures unscathed. Politics in most of the post-colonial states more particularly in South Asia is characterized by centralization of state and authoritarian nature of the overall superstructure of the state. The assertion of distinctive identities by various defined social identities has come to pose the biggest challenge to the dominant idioms deployed to sustain and legitimize post-colonial state structures in the subcontinent.

The failure of the Pakistani state to have a workable constitutional framework during the first decade is still an open sore. The roots of Centre-state tensions are to be found in the post-colonial conditions of the subcontinent. Fears of survival in Pakistan felt by the military-bureaucratic dominance; combined ill-defined Islamic ideology has been used to chip away the provincial rights even though the triumph of Pakistan has been around the ideology of demand for federalism. When it succeeded to put in place a constitution it was either suspended or put in abeyance. To offset the demographic bulge of Bengalis living in East Pakistan, Pakistan was declared one unit. Baloch people vehemently resented the application of one unit scheme to them. Siege mentality, security obsession with India allowed the army to pitch in for the governance of the country.

The 1956 constitution provided for a federal government, but central government was in charge of 67 items while the state had control only over 35 items. Demand for federation was one of the main demands of Awami League before Pakistan disintegration. Pakistan has been more interventionist state. Repeated martial law closed all avenues for constitutional autonomy. An attempt to have a strong Centre has been in direct conflict with multiethnic nature of the state. Resources transferred by the National Finance Commission has been hurting Baluchistan the most since it contains the least population it is bound to suffer, and the population has been the sole criterion for the distribution of federal resources. This aggravates the sense of deprivations and economic injustice among the provinces more so in Balochistan.

1973 constitution, a consensus document assured provisional autonomy, but the state has been more consistent in the breach rather than in its adherence. Long periods of regular rule by the army have been accentuating the resentment. The chief minister Attaullah Mengal announced his determination to localize the administration of Baluchistan by replacing outsiders with the sons of the soil. The central government strongly opposed it, as it would have deprived the national elite of the vantage positions. Zulfikar Ali Bhutto dismissed him in February 1973. Parvaiz Musharaf introduced a decentralization plan that is amounting to forming of local governments which were directly linked with Islamabad. It was political centralization maneuver which only antagonized the Bloch leaders.

Therefore it can be argued that ethnic identity of Baloch will get sharpened, because of two reasons. First is Pakistan state is hesitant to devolve the real powers as Baloch people have been demanding. Second is that given the penetration of economic globalization in Baluchistan they are not equipped to reap the full benefits of the process as compared to rest of the ethnic communities because they face multiple deprivations.