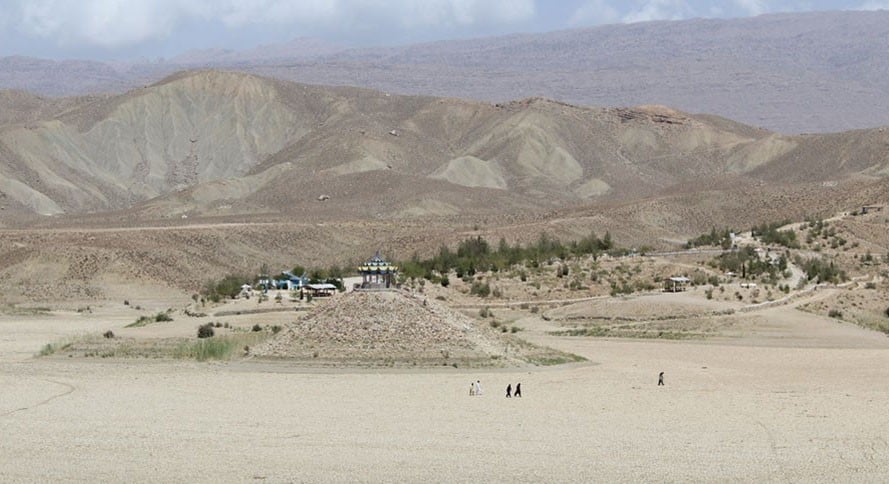 Water is an essential element for the survival and development of human being. Economic opportunities, sustainable development, and ecological development are dependent on easy access to water. The importance of water is obvious  from the fact that water covers approximately 70% of Earth’s surface and almost 60% of the weight of the human body. However, with the new waves of droughts, climate change, low rainfalls, and deforestation, water scarcity is becoming a worldwide concern. Similarly, the threat of a severe water crisis is also looming in Pakistan, especially in Balochistan. In developing countries like Pakistan, water scarcity is exacerbated by the lack of infrastructure, financial restrictions, and government negligence. Quetta, the capital city of Balochistan- Pakistan’s largest province, is on the verge of becoming dry land. Climate change, low precipitation, and groundwater depletion is putting the lives of the people of Quetta in grave danger. Therefore, this article tries to unveil the alarming situation of water scarcity in Quetta and draw the attention of the people and government to understand the importance of every drop of water in Quetta city.

Balochistan is an arid region with not enough water resources to fulfill the needs of its inhabitants. Most of the land in Balochistan is dry, with almost no precipitation, making it dependent on groundwater, same is the case with Quetta city. Quetta is the capital and only major metropolitan city of Balochistan province. The population of the city is estimated to be around 1.2 million. The city is home to people from every corner of the province. Since there is no other developed city in Balochistan, the majority of the people from every corner of the province come to Quetta to meet their financial, educational, health, and other necessities of life. Unfortunately, this has resulted as a burden on the natural resources of the city including water resources. Currently, Quetta valley is unable to meet the water needs of the vast majority of people migrating from other parts of the province.

Climate change has also exacerbated the water crisis in the already water-scarce Balochistan province. Climate change leading to low precipitation has prevented the recharging of aquifers causing a steep decline in the underground water. Quetta once known as the “fruit garden” of Pakistan due to extensive fruit production in and around Quetta, is now barely able to provide drinking water to its people. Deforestation, ill-planned urbanization, and growing population have disturbed the ecosystem of the region. Since rainfall is the only source of recharging underground aquifers if the low precipitation continues, this can lead to the demise of aquifers putting the lives of every individual at risk.

If groundwater depletion is ignored, it is going to cause several devastating scenarios for the region and its people. First, water scarcity in Quetta and surrounding areas has become a slow death for natural sources of water like Karez and Springs. Second, water scarcity is eliminating the trend of agriculture and cattle farming in the mountainous region of the Valley, disturbing the socio-economic lives of the people.  Most importantly, it is feared that the ongoing water scarcity is likely to force inhabitants of Quetta towards migration. This must be understood as a national concern since the people are most likely to migrate outside Balochistan, putting socio-economic burden on other provinces.

Several measures are needed to be taken to counter the growing trend of water scarcity in Quetta valley and surrounding areas. First, there is a need to understand the severity of climate change and its impact on water resources. In doing so, both the government and civil society need to counter climate change by promoting plantations, planned urbanization, and reduction in hazardous gases. Second, the government needs to build infrastructure to ensure the transfer of water from other parts of the province to Quetta Valley like the Kachi canal project and Mangi dam. This will reduce the pressure on the aquifers of Quetta and surrounding areas. Third, the government needs to build dams in and around Quetta valley to store rainwater. Fourth, natural sources of water like Karez and Springs need to be restored. Last and more important, an awareness campaign must be initiated at all levels to let people know about the severity of the water crisis in the region and its possible implications.

In the midst of such a severe water crisis, water preservation is the responsibility of every citizen of Quetta and ultimately Balochistan. Quetta, the beating heart of Balochistan is on the verge of collapse due to water scarcity. In order to keep the heart beating, the government needs to implement the recommendations presented in the paper and more with utmost sincerity. Since water scarcity is affecting people of every social class equally, every individual has to take small steps toward water preservation. People of every walk of life need awareness of the importance of every drop of water in Quetta valley. Together we can save Quetta-the beating heart of Balochistan and the fruit garden of Pakistan.