In his new book, D.N. Jha shows that not only did Brahmanical sects fight each other, they were also intolerant towards other heterodox religions like Buddhism and Jainism. Regardless of ideological variation, the political class in its entirety has generally tended to propagate the existence of a pristine tolerant, non-violent, multi-cultural ancient India. Credit: Wikimedia Commons

There comes a moment in history when you need to go back to the basics. Given the extraordinary times we are passing through, reading or re-reading historian D.N. Jha’s just published book, Against the Grain: Notes on Identity, Intolerance and History, may be an imperative we would do well not to ignore. Controversy is not new to Jha or to his fellow academics, especially scholars of ancient history. The discipline of history, ancient and medieval history in particular, has for long been the favoured stomping grounds of political parties.

Regardless of ideological variation, the political class in its entirety has generally tended to propagate the existence of a pristine tolerant, non-violent, multi-cultural ancient India. Those ignorant of the historical realities – or indifferent to the burden of legacies of caste, gender and class violence – find comfort in this puffed up construct, an airbrushed image of India. They turn a nonchalant eye to the harsh realities of past and contemporary history.

Jha’s collection of essays, Against the Grain, is a timely reminder of how perilously close we have come to forgetting historical veracity. Touching upon a range of controversial subjects under labels like “cow conundrum, Bharatmata, Brahmanical intolerance in early India,” Jha debunks the myths that once constructed by the Sangh parivar, are now routinely fed to students in classrooms and the public at large. 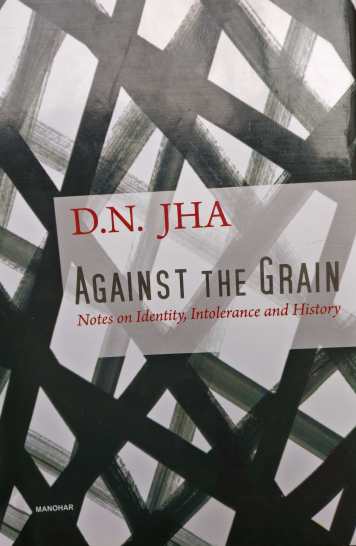 D.N. Jha
Against the Grain: Notes on Identity, Intolerance and History
Manohar, 2018

A Marxist scholar, Jha has studied ancient texts for decades, attempting to reconstruct political and social life in ancient India. There are no short cuts to this painstaking work of fleshing out the history of a world long gone by. Scholars engaged in such work spend years and decades delving into texts, comparing the textual findings with archaeological, epigraphical and numismatic evidence. Such scholarship cannot be whittled down to ahistorical, tawdry slogans simply to satiate political appetites.

The essence of the essays compiled in this book runs contrary to popular notions pandering to majoritarianism, crafted by the believers of cultural nationalism. Jha cites a body of texts to counter the oft-intoned, self-adulatory declarations about India’s rich culture of non-violence, religious harmony and tolerance of all communities.

In the chapter titled ‘Brahmanical Intolerance in Early India’, the historian observes that scholars often cite examples to show mutual accommodation among the different religious sects in ancient India. For instance, it has been observed that Buddha, the founder of a heretic religion, “emerged as an avatara of Vishnu around the middle of the 6th century AD and that he figured in this form in several Puranas and other texts like Dashavataracaritra (11th century) and Gitagovinda (12th century).”

Jha disagrees with such a flattering image of ancient India and argues that even if it were to be accepted that Brahmanism gave space to other sects, there still exists enough counter evidence to interrogate such an idea of India – India as a land of intrinsic religious tolerance. “Not only did the different Brahmanical sects fight among themselves, of which we have plenty of evidence, they also bore huge animosity towards the two heterodox religions, Buddhism and Jainism, in early India,” writes Jha.

Such a reconstruction of early India stands in sharp contrast to the rhetoric usually dredged up by politicians in the aftermath of every incident of religious or sectarian violence. Jha’s work suggest that inter-religious tensions and violence have run through the fabric of Indian culture since ancient times. It may even be argued that the contemporary culture of mob violence against Muslims and minorities across India is not an aberration but merely a heightened form of the cultural and social practices that have always been in play. 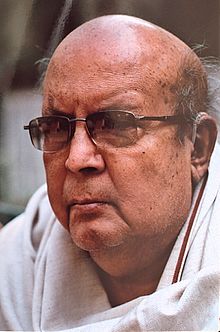 Jha observes that the “invectives” against Buddhists and Jains were often channelled through violent and aggressive actions. For instance, the writer cites Hsuan Tsang (seventh century) who wrote about the Huna ruler Mihirakula, a devotee of Shiva, destroying 1,600 Buddhist stupas and monasteries, besides killing thousands of monks and laity. The dominant political discourse, however, liked to attribute the culture of destruction of places of worship to the arrival of Muslims in India. Dogged attempts are currently underway to change social science textbooks, to establish the supremacy of Indian culture as a culture of peace and tolerance. As opposed to the aggressiveness and intolerance supposedly inherent to Islam.

It is this premise that Jha’s research questions. “Although there is evidence that the adherents of Shramainc retaliated against Brahmanism, it remains certain that the Brahmanical sects did not, as they are said to have done, practice tolerance towards non-Brahmanical faiths,” he argues, going on to add: “On the contrary, they seemed to have played a leading role in fomenting religious conflicts and perpetrating sectarian violence during the early medieval period and later.”

No wonder, Alberuni (the 11th century Persian scholar who studied India) wrote, according to Jha that, Hindus are “haughty, foolishly vain and self-conceited.” They “believe that there is no religion like theirs.”

On a broader level, one strand of Jha’s book shows that all religions – including those claiming to be pacifist and non-violent – have strong elements of violence lodged within them. Consider for instance the violence that Buddhist monks, who have sworn allegiance to non-violence, have resorted to in different parts of the world. Sri Lanka and Myanmar are just a couple of contemporary names on the list. In early India too, Buddhists and Jains practiced retaliatory violence, denouncing Brahmanical beliefs and practices. “The Buddha himself described the three Vedas as ‘foolish talk’ and a ‘waterless desert,’ and their wisdom as ‘a pathless jungle’ and a ‘perdition,” writes Jha.

The drive for religious supremacy is not specific to any one religion. Jha’s book suggest that all religions are trapped in this battle for supremacy. But he also remains vigilant about how one must respond to the challenges posed by specific formations in specific historical moments.