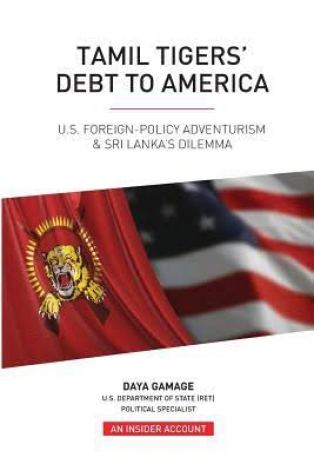 Taking the title of this book at face value, one might argue given that American influence was distinctively felt in the final stages of Sri Lanka’s 30-year conflict, the text must be dealing with this period. This, however, is not the case. Daya Gamage’s 567-page book details how the Tamil diaspora was able to infiltrate U.S. policy planks and alter their mindset from the mid-1980s.

Given his exposure as a Political specialist in the U.S Department of State, Gamage can shed light into U.S foreign policy decision making in the case of Sri Lanka, during and after the conflict. The first two chapters use an insider account to map out the efficacy of the Tamil Diaspora in coalescing its agenda with that of US policymakers. Gamage also makes extensive use of classified diplomatic cables – leaked by WikiLeaks – to disclose the mindset of American Ambassadors’ and their sentiments towards the Rajapakse Presidency in the pre and post 2009 period. Concluding the second chapter, Gamage engages in a subtle critique of the conduct of the U.S mission in Sri Lanka by comparing the American reaction to the Ethnic Conflict and the JVP insurrection of the 1980s, which collectively saw the great loss of life and property in the island.

Chapter 3 rounds up with a series of concise conclusions. Sri Lanka’s failure to “sell her story or to use tact to persuade the international community” (p. 281) of its case is heavily accentuated. Also, Gamage projects the ineptitude of Sri Lanka’s foreign diplomats’ as they moil to refute the claims made by the Pro-L.T.T.E (Liberation Tigers of Tamil Eelam) diaspora. In his view, this has allowed America’s political echelon to be misguided into believing Pro-L.T.T.E Diaspora claims over the government’s version of events. The US State Department’s and the American Permanent Mission in the UN’s ‘constant contact’ with Pro-L.T.T.E representatives in the Tamil Diaspora is among the most startling claims he makes. Gamage identifies this co-habitation as the reason behind the hardening of attitude towards President Rajapakse ensuing the military defeat of the L.T.T.E in 2009.

Given the lacunae of literature on the Sri Lankan foreign policy decision-making process and the conduct of Sri Lankan missions abroad, this book helps to fill this gap to a certain degree. A significant drawback, however, is the fact that Gamage spends more time criticizing the inefficiency and incompetence of Sri Lankan diplomats abroad, stressing on Jaliya Wickremasuriya (former ambassador of the Democratic Socialist Republic of Sri Lanka to the United States) and Rajapakse’s nepotism which allowed such individuals to hold diplomatic positions in U.S.A.

Gamage also outlines the importance of public diplomacy and the effectiveness of the Tamil Diaspora in this regard. He challenges the opinion held in some international circles of the true ‘voice of the Tamils’ by showcasing the nefarious intents of the Pro-L.T.T.E diaspora. Segments 7-10 of Chapter 3 revisits the issue of American influence in Sri Lanka’s decision making by detailing how the State Department created an atmosphere of advocacy and pressure which pushed Sri Lanka to accept policy directives taken elsewhere.

It is to be welcomed that the author paid attention to the notion of Tamil Homeland in this book. To someone unfamiliar of the Tamil Claims of Homeland in the North and East of the island this chapter is of great benefit. Gamage follows the well-worn path of Sri Lankan historians such as K.M De Silva in debunking the claims made by a Tamil Kingdom existing in conjunction with a Sinhalese Kingdom since time immemorial. His efforts in revealing the unsullied historical facts allow the reader to judge the alternative version posited by the Tamil Diaspora in a new light. 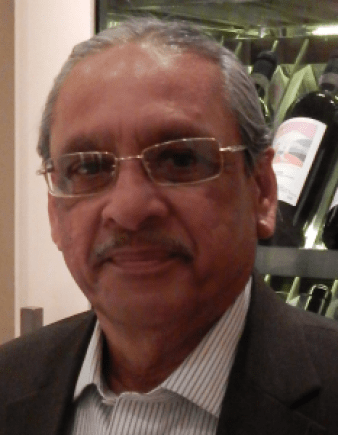 One of the key observations of the author is repeated in the closing segments of chapters 5 and 6. In the author’s own words, “Washington took a softer attitude towards the L.T.T.E because, in their belief, it stood for the rights and grievances of the ethnic minority Tamils of Sri Lanka” (p. 506). Gamage notes that the international community made a distinction between the crimes alleged to have been perpetrated by the L.T.T.E and the Sri Lankan forces. Not only did western governments push the Sri Lankan government to engage in talks with the L.T.T.E in the 2000s, but they also overlooked some of the Human Rights violations and related atrocities committed by the L.T.T.E on the entire population of the island. This forms the subject of the last segments of his book, where he draws the reader’s attention to the possibility that the U.S administration wished to save the L.T.T.E hierarchy from defeat to make it a pressure group to convince Sri Lankan administrations to alter their policies and agendas. He nonetheless reiterates the point that the intention of saving the L.T.T.E was not to bifurcate the island – a purported assertion made by certain Sinhalese chauvinist groups in the country.

Gamage repeatedly stresses former President Rajpakse’s triumphalism after the military defeat of the L.T.T.E, as resulting in the alienation of the Tamil people in the North and East. This inability to emotionally connect with the Tamil citizens of Sri Lanka is, without doubt, a core argument in the academic literature spanning Rajpakse’s presidency. Gamage underscores this scenario as aiding the Pro–L.T.T.E diaspora sections to expand their influence among the Tamils residing in the North and East.

The book, however, suffers from some flaws and weaknesses. At times it lacks a common thread and repetitions are oft. The author’s style moves from formal to informal and lacks coherence in building up an argument for each segment. While the language is clear, Gamage’s ideas are not fully developed, and footnotes include only URL’s. Overall this book does not lend itself to smooth reading. Gamage has not whittled down his material or summarized quoted texts succinctly resulting in page-long quotes from external sources. More aggressive editing and sequencing could also have made much of the book clearer. Gamage’s Timeline of Sri Lanka at the start of the book excludes the passing of the Citizenship acts of 1948/9 and lays less stress on the tumultuous year of 1983. No attention is given to the Tamil Diaspora who does not support the L.T.T.E agenda, thus greatly narrowing the scope of the text. Arguments appear at times to be one-sided leading to questions over its balanced analysis. However, it still provides a wealth of accessible information to anyone involved in the study of External influence into Sri Lanka and the impact of the Pro- L.T.T.E Diaspora on US policy planks.