All eyes were on Kathmandu last week as Nepal hosted the 18th annual SAARC (South Asian Association for Regional Cooperation) Summit from Nov. 22-27, 2014. The annual meeting, convening the heads of state of the eight member nations – Afghanistan, Bangladesh, Bhutan, India, Maldives, Nepal, Pakistan, and Sri Lanka – focused this year on the theme of regional integration. In the run up to the summit, right to information (RTI) activists and civil society groups across the region have been urging member states to include the right to information as part of the summit agenda.

Over the last decade, countries in South Asia have made remarkable progress toward recognizing and enacting legislation to guarantee right to information. From 2002 to 2014, Bangladesh, India, Maldives, Nepal, and Pakistan formally enacted RTI laws, while draft bills are under consideration in Bhutan and Afghanistan. In Sri Lanka, while civil society and the media have been campaigning for a law for over a decade, one is yet to be enacted.

Despite the existence of RTI laws, levels of public awareness, citizen use of RTI, and implementation vary considerably across countries. Last year, The Asia Foundation – in partnership with civil society organizations in Bangladesh, Nepal, Pakistan, and Sri Lanka – conducted diagnostic studies on the state of RTI implementation in these countries. The findings were compiled in a regional comparative report that illustrates some of the key implementation challenges as well as recommendations at a country and regional level. 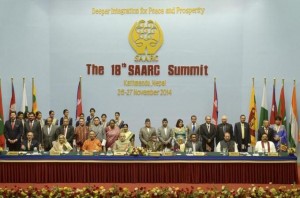 On the demand side, one of the major challenges to RTI in South Asia is the lack of public awareness and consequently limited use of the law. Street corner interviews in Bangladesh, Nepal, and Pakistan found that only 24 percent of 263 respondents knew about their country’s RTI law. Interviews and focus group discussions also revealed that the complex process of filing an information request, the fear of consequences, and the general preference for getting information through informal channels, were contributing factors to the limited public use of the laws.

To conclude, countries in South Asia have much to learn from each other’s experiences in implementing right to information. At a country level, governments need to more effectively demonstrate their commitment to open government by strengthening both the demand and supply side to create a more enabling environment on the ground. At a regional level, institutions such as SAARC can play a lead role in facilitating dialogue and the sharing of knowledge and best practices among RTI experts, practitioners, and government officials within the region. As the heads of SAARC member states convened in Kathmandu, they must consider the fundamental value and importance of coming together to support and facilitate greater regional cooperation on transparency, good governance, and the right to information.

This article was first published by the Open Government Partnership on Nov. 28, 2014. It has been republished with the permission of the Publisher.