Strained Pak-US Ties: All is Not Lost 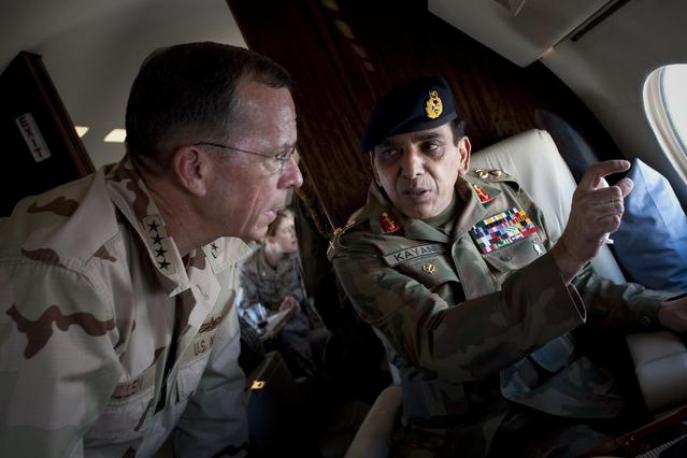 Pakistan has always desired and wanted sustainable peace, stability, and prosperity in the region. For that reason, it stayed pragmatic about the peace talks and chiefly the Afghan peace process for peace in Pakistan is bound to the peace and stability in Afghanistan. In any case, amid this consistent struggle Pakistan was always denied in its efforts by the US; left alone and had been under constant diplomatic and military pressure.

Now, the very question that arises here is that what is the central objective of the US in its association with Pakistan? Secretly, and openly, the mantra remains precisely the same, ‘do more.’ For instance, the objective for Trump-like Obama’s initial Afghanistan surge is to force Taliban into peace talks and to push them for a negotiated settlement. Moreover, very much like his predecessors, Trump also doesn’t want to be ensnared into a money pit for more nation building thence seeking greater Indian role in the region and chiefly in Afghanistan.

Be that as it may that Pakistan may not coordinate with the US to the extent the latter demands. Leaving aside the fact that whether some of these demands qualify Pakistan’s greater interests or not, Pakistan has reliably exhibited that it wants stable ties with the US. To carelessly risk two-sided collaboration by constantly repeating the ‘do more’ mantra or debilitating to give India a greater role in Afghanistan, is to disregard that the US needs Pakistan to help set up peace in the region in the long haul. Thus, there is a dire need for the US to recognize Pakistan’s efforts in the War against terrorism. The US must also stop scapegoating Pakistan for its failures if and merely if it wants a stable Afghanistan in particular and the South Asian region in general. Pakistan stood firm with the world in the Global War on Terror (GWOT), and if today Pakistan faces the menace of terrorism, it’s only because Pakistan sided with the world. The US must also acknowledge the sacrifices Pakistan made; for Pakistan has lost more than 60,000 precious lives so far post 9/11.

US allegations on Pakistan for providing ‘safe havens’ to the ‘agents of chaos’ is utterly baseless, for if Pakistan were to support the Jihadists, it should not have been a victim itself. Similarly, things would have been much more different, if the Taliban were made to contest the first elections back in 2004. Pakistan thus has proved itself morally correct ever since the USSR invasion to the events leading 9/11. Notwithstanding, it must also be kept in mind by the US officials and the State Department that, any US action demonstrating selective treatment will result in the introduction of more radicalization and contribute to further destabilization of the region. Moreover, in a broader spectrum the same New Afghan policy by the Trump should be made the hallmark in countering terrorism collectively, but unfortunately, the region is yet devoid of mutual trust.

Pakistan however, is prepared to work with the United States to adequately deal with the long porous border between Pakistan and Afghanistan, for it needs to be strategically aligned for any policy to bring some fruit. Moreover, the whole conflict is required to be re-orientated thus seeking enduring closure to the conflict as it is now quite evident that the existing strategies are not working in this regard. Similarly, the US needs to understand that in any event where India is all the more effectively included, its hold will increment in Afghanistan, making a more noteworthy risk for Pakistan. How at that point will Pakistan be able to collaborate with the US in this protracted war?

Thus, to conclude in the words of US Defense Secretary James Mattis, both Pakistan and the US need to find the common grounds to fight this war together. However, Trump administration needs to comprehend that building pressure on Pakistan won’t prompt a quick resolution to the conflict but will further exacerbate the situation.