STERILISATION OF UNWELCOME REFUGEES NOT UNETHICAL 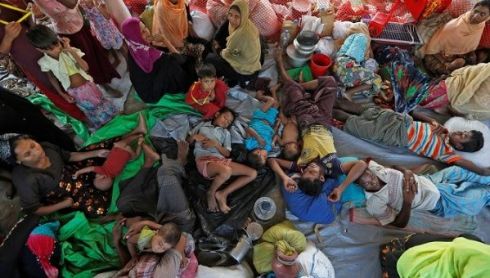 It is reported that there are over 4 million refugees who live in refugee camps around the world. Most of them live on the government’s ration, do not do any productive work and multiply in number in quick time.

Several governments in the world are in a dilemma as to whether they should give free admission for the refugees coming from oppressive societies or should they close their borders to them without showing any compassion.

In recent time, thousands of refugees from war-torn Syria and other disturbed countries have entered Europe in huge number. The German Chancellor viewed the refugee’s influx as a humanitarian issue and allowed nearly free entry to them in Germany.

German government which has received the refugees with the open arm is now clueless as to how to manage them and where to keep them. They are all kept in camps and most of them lack the skill to be given any useful employment.

This decision of German Chancellor has now created a huge problem for entire western Europe, like the refugees, who are multiplying in number, migrate from one country to other in Europe almost unchecked as the border between the European countries is porous.
The impact of the refugee influx in Europe is already evident from the increasing terrorist attacks and incidents of thefts, as one would not know the background of the refugees and their motives and they have not been carefully screened.

As many of the refugees belong to a particular religion and they multiply with no family size norms, the refugee’s population will inevitably swell in Europe in the coming years. Already the political observers in Europe are commenting that European countries are being “taken over by a religious group” without a war! The European governments know this and are too embarrassed to admit this and comment on this problem.

The Office of the United Nations High Commissioner for Refugees (UNHCR), also known as the UN Refugee Agency, is a United Nations programme mandated to protect and support refugees at the request of a government or the UN itself and assists in their voluntary repatriation, local integration or resettlement to a third country. Its headquarters are in Geneva, Switzerland.

UN Refugee Agency has been responding to the refugee crisis in one part of the world or the other by rushing food and another form of aid and seem to have no policy approach in tackling this grave issue. UNO has never found any tangible solution for the refugee crisis anywhere in the world.

While Europe is embarrassed by the presence of a large number of refugees unwittingly entertained by Germany without an action plan, Bangladesh is now facing a grave crisis, as around one million Rohingya refugees have entered Bangladesh in an impoverished condition.

Unlike Europe, Bangladesh does not have the resources to tackle this crisis, particularly in the context of the fact that Bangladesh is already a densely populated country. The helpless Bangladesh Prime Minister rushed to the United Nations and brought its refugee problem to the world attention. But, nothing has happened beyond this that would help the Bangladesh government. Bangladesh government is now left to face the Rohingya refugee issue on its own with little support from other countries.

The issue faced by Bangladesh today is not only the presence of around one million Rohingya refugees on its soil but also the grim fact that the Rohingya refugees will multiply in number sooner than later, even if the further influx of refugees would be checked.

Sterilisation of refugees – why not?

Bangladesh would soon face a chorus of protests from the so-called human rights agencies around the world about the proposed sterilization programme of Bangladesh government. Such groups are already condemning India for resisting the influx of the Rohingya refugees by imposing checks and controls on its border.
The question is should any government see the influx of refugees solely on compassionate ground, without weighing the adverse consequences.? Should the governments remain unconcerned about the long-term economic and social issues that would be inevitably created by the refugees who are unlikely to go back? Should the refugees be entertained at the cost of social, political and economic stability of the country?
Those who take a practical view of such recurring refugee issues around the world would tend to advocate sterilization of refugees as a matter of compulsion and not as voluntary exercise. Acceptance of sterilization should be made a necessary precondition for the refugees to enter any country.

Bangladesh has now proposed voluntary sterilization of the refugees instead of compulsory sterilization, perhaps, due to its fear of ill-informed stand of human rights organizations around the world.

However, Bangladesh government would be justified in ordering compulsory sterilization of refugees to protect the long-term economy and social peace in Bangladesh.

It is high time that United Nations should convene a world forum amongst all countries to evolve a policy for refugee management, just as it did in the case of Paris climate Conference to find consensus decision for the global warming and ecological issues.

A dispassionate discussion in the UN forum would inevitably lead to the consensus conclusion that sterilization of the unwelcome refugees need not be considered as unethical or inhuman and should be advocated as world policy approach to the refugee crisis.