Sri Lanka Parliamentary Polls 2015: What Does It Mean To Us? 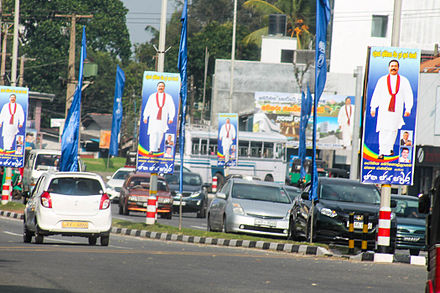 An argumentative, free thinking and free speaking political culture, buried for decades is once again sprouting with good hopes and dreams in Sri Lanka. Such trends will construct space for healthy social discourse which can, hopefully, re-engineer the nation.

Seize the opportunity is the matter of common sense for the public and those who are privileged, as it was prescribed by Thomas Pain in his account centuries ago. This is what meant to us after two elections conducted this year in Sri Lanka. Despair replaced with hope, nightmares with dreams.

Years of conflicts and annihilation of the intelligentsia from the social system patched the way to grim and despicable repression. One of hardest questions we are facing now is how to diagnose the situation in order to understand the real problem when everything was distorted by political vulgarism and the crooked culture of opportunists.

This visible and painful challenge is now making its way out. It is up to the public who’s yet to understand the power of the powerless as it was examined and explained in his sage thoughts by Vaclav Havel in his context decades ago.

Of course this is all thanks to the former President Mahinda Rajapaksa for taking greedy, niggardly and highly irascible decisions when he had absolute power to control the Island nation till 2017. Hopefully his political career is on the down turn but sadly, as a Member of the Parliament he still persists. He is now on the edge in which he has to decide either side, scheming for grabbing the power or being confessional on his woebegone history before the true friends in the party.

However the result clearly indicates that the can of worms which was operated by Rajapaksa is still active. It has power and the “wisdom” to grab the larger number of votes within the Sinhalese community. It can be used for viciousness such as fuelling racial elements or reducing the dream of good governance based on conventionalism.

What would be the outcome when the common person has the liberty to think and cast their votes in a free and fair election? That is the most important question compel before us. Why did the majority of the voters in a particular electoral district think that the best man to govern them over the next five years is a man who is in remand for murder? What is the tendency behind electing a person who is doing everything, but nothing to do with politics? This anthropological scenario can’t be an accident but a deep rooted nightmare in the culture. It should be a major concern in a public discourse.

However, the memorandum of understanding signed between the United National Front and the Sri Lanka Freedom Party to form a national government is indeed a wise political idea to move forward and prevent political chaos. This is a historical political cohabitation which will benefit the country if it addresses the core issues behind the failure of this nation.

It is only then that our long term dream of conventional politics will be achieved.