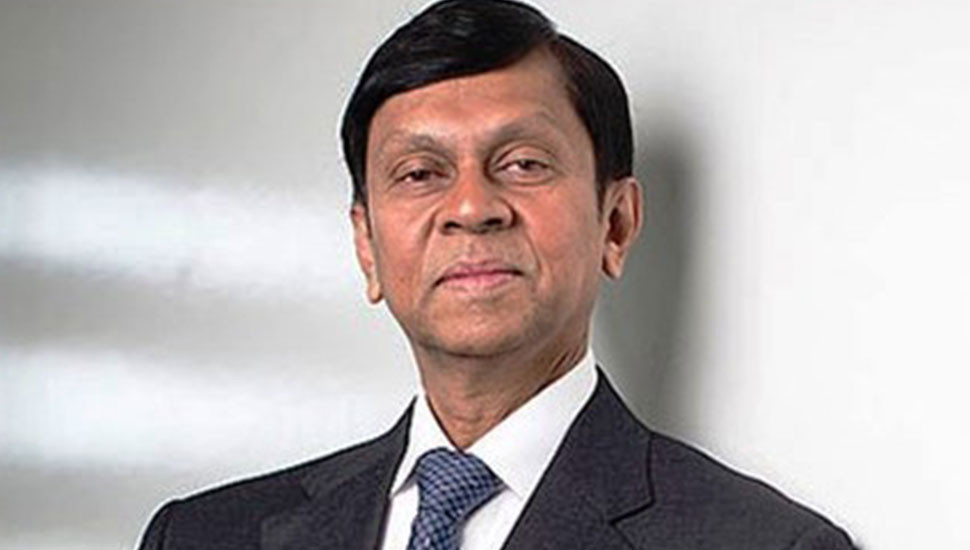 In a recent debate in Parliament, State Minister Ajith Nivard Cabraal joined issue with the Opposition over fiscal management between the two Rajapaksa regimes, the incumbent and the previous one (2005-15) and the intervening Government of National Unity (GNU), where ‘unity’ too was in great deficit. As the Central Bank Governor during the previous administration of President Mahinda Rajapaksa, he should know better than the rest in the House, possibly excepting one or two in the Opposition, whose freedom of functioning when in power was curtailed by their own political ambitions.

Be it as it may, it does not make more sense than the minimum for the Government to continue throwing brickbats at the Opposition, for all the wrongs, on whatever fronts when they were in power. It is the kind of escapism that the predecessor Government displayed, especially the faction identified with then UNP Prime Minister Ranil Wickremesinghe. They blamed their own predecessor Mahinda regime for every thing that went wrong with their administration, sans a minor road accident down Parliament Street.

Now, they are regretting their days in office, but not their conduct at the time, it would seem. Ranil himself will continue to regret his over-confidence and contempt for the other man, both within and outside his UNP. He thought he would be better off by keeping the party post and the PM’s office with him, and could continue manipulating both. Today, he has the party, but not the Government; he has the party, but not the political clout. The Sajith Premadasa camp left and with him went all those Ranil had promoted in his time, but all those that could not have made much difference in terms of boosting the party’s image or its Government’s performance – or the vote-share at their respective levels.

There is a lesson in this for the present-day rulers. Not that they needed any more that what they had learnt from Elections-2015, and their preceding innings in office. Of course, they did not indulge in much of a blame-game as their successors did, but then the predecessor Government was also theirs, that of President Chandrika Bandaranaike-Kumaratunga, their party boss at the time. And most Ministers at the time were also Ministers in the Chandrika team. That included President Mahinda, who was Chandrika’s Prime Minister.

The incumbents should give up the temptation as a party and Government to continue blaming the predecessor for everything that’s wrong with the Sri Lankan State. The one recent addition could be Cyclone Burevi. Not that they did it, but the temptation is high, and will be even higher, if and when they are pushed to the corner, to show results.

Yes, they can even continue to probe the predecessors on Central Bank bonds scam and the Easter serial-blasts and a series of issues of personal corruption involving past Ministers and the rest. But believing that it alone would do can be absolutely wrong as the GNU partners found for themselves.

The present dispensation is disadvantaged on that score more than the previous one. At the time, the minority stakeholders in that Government, who held the numbers in Parliament, only had to serve notice on the then Government leadership, both Prime Minister Wickremesinghe and President Maithripala Sirisena – behave or else. Including the TNA, which was the outside underwriter of the Wickremesinghe Government, all that they needed to do was to warn the Prime Minister that they would be the ultimate losers, both as political parties and ethnic communities, if they continued to indulge the rulers.

Ultimately, it proved too costly for them, especially the Muslim community. Whose specific warnings against Zaharan & Co fell on deaf-ears, and nothing was done to prevent or pre-empt the Easter bombings. Today, the entire Muslim community has been branded for no fault of theirs, just as the moderate Tamil parties took the blame for the actions of the LTTE, and continue to do so.

At the time, the leaderships of the Muslim parties were too busy keeping their ministerial jobs that they do not have them anymore. If only they had told their ruling bosses of the day to behave, or even pulled down the Government in Parliament, they would have still won their seats – and who knows, they could have avoided the Easter blasts, too, without they having to fire a shot at anyone.

The worst was the case of the TNA, which kept keeping the Government alive without any shared power or responsibility. They only got a lot of tentative oral promises, in addresses to Parliament and to the masses in the North and the East – and nothing more. Now, they have reduced membership in Parliament, and lower vote-shares. Including other ‘Tamil nationalist’ groups, they have fewer seats now than earlier, some of them having gone the Rajapaksas’ way.

At least on three different occasions, the TNA had the numbers to tell the rulers, especially the Wickremesinghe camp to behave or else…. Today, they too are paying the price, even more, as the party itself is in transition, and the leaders are fighting for positions that need not be theirs – say, the Northern Province Chief Minister, a Parliamentary seat, and also the party’s topmost position – all of them if only they could help it. And they are the ones who could not win their own Parliamentary seats.

It is in this context that the Rajapaksas are a disadvantaged lot. They have their own numbers, going all the way up to a two-thirds majority in Parliament. This could well mean that even well-meaning allies may want to keep quiet, and mind their own ministries. Anyway, their allies are the ones who would talk, and talk tough, only when it comes to Sinhala nationalism, not economy and not law and order and human rights. And in none of these things does the Government leadership need any caution, especially Sinhala nationalism and law and order.

This could take the leadership back to circa 2015, if the Rajapaksas do not apply self-brakes from time to time, pause look around, and then proceed. Victory is heady, and victory without challenge can be worse. They are on that mode just now, and nothing could alter the mood, including a reversal in delayed Elections to the nine Provincial Council, as they are focussed on Parliament, and by extension, Parliament converting itself as the Constitution Assembly, as well.

Clan Rajapaksa does not have any visible weak links, nor does the SLPP have any. That is all the more reason they have to be doubly careful. That is because, they may not even know from where dissent and rebellion could come. That’s what happened in the case of the Sirisena rebellion in end-2014, leading to the latter getting to replace incumbent Mahinda as President.

That was because the Rajapaksas were always looking outside their own camp, and were satisfied that there was no real threat from that front. They had adequate warning about the impending Sirisena rebellion. Because they were not as alert as they were otherwise, against ‘external enemies’, be it of the UNP political variety, or the LTTE militant kind or the international community, they did not notice, or would not notice what was happening closer home – or, likely to happen closer home.

This does not mean that another Sirisena is hiding somewhere in the middle. No, such an approach could only mean that they could have only sleepless nights, suspecting one or the other or one another – and going nowhere, and creating more dissent, however, subtle up to a point, than what they might have earned otherwise, in the normal course of politics and political administration.

What then needs doing, for the Rajapaksas to stay on the course of power, now and in the future? They only need to stay the course, and not deviate or distort the mandate that is all theirs. The mandate is for them to offer a responsible and responsive Government – that is in terms of policing and pricing of goods.

Fanciful ideas that will take time to mature should not be rushed in on the strength of their huge mandate, but taken in, in doses. Else, like the predecessor Government they too could end up shying away from holding the PC polls, post-COVID-19, and stand exposed, again like the predecessor. To that end, they need to remember that the PC polls, whenever held, will be a referendum on the Government as much as they had served the people.

The focus is on the economy, where the short-term gains for the voter mater the most than the long-term vision for the nation, which President Gotabaya obviously has. Thus, turmeric availability and prices matter more in the immediate term than even empowering the nation’s turmeric farmers to grow more and profit more.

It is in this context that the Government leadership has to be doubly sure not to be carried away by the chorus singers around them, who will talk more of ‘Sinhala Buddhist nationalism’ than the affairs of the Ministries and Departments under their personal care. At the end of it, the Presidential Polls and Parliamentary Elections were on the vote of all Sinhala, and not just Sinhala-Buddhist nationalists.

The first group voted the Rajapaksas post-war in 2010, shifted away in 2015 and came back in 2019. They decided the Elections and not the Sinhala-Buddhists, who have little option, even if Sajith Premadasa does a U-turn vis-a-vis Wickremesinghe as predecessor leader of the larger UNP political family. This section of voters will be happy only when there is a final closure for the ethnic issue, through a negotiated settlement, and not any one-sided bulldozing that could only boomerang, instead. That way, it is the Nation that decides, not ‘nationalists’, of whatever shade of grey!