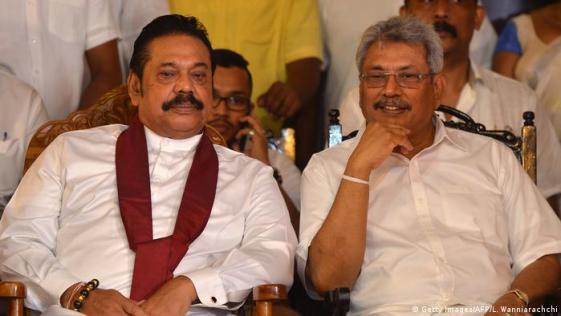 If President Gotabaya Rajapaksa’s inaugural address to the ninth Parliament is any indication, towns and villages across the country will be talking more about development than politics in the next five years. Within the framework of development, his leadership seems wanting to focus not on big infra projects per se but on focussed projects that can help improve the health of the Nation’s forgotten rural economy and also social infra aspects like health and education.

If critics thought that there would be grandstanding announcements on controversial political issues, there are fewer sentences in the Presidential address than they might have expected. Abrogation or amendments to the controversial 19 Amendment (19A), which the President did make, did not make headline news as the maiden Cabinet meeting the previous day had passed a decision in this regard. There was the pointed underscoring of the need for a new Constitution, but that should wait until after the scrapping of 19A.

As President Gotabaya indicated, a new Constitution will take time, making one. It also holds out a promise, without many words, for the Tamils, who want an early political solution to the vexatious ethnic problem and power-sharing. The scrapping of 19A may hold a candle to what awaits the Nation on other aspects of Constitution-rethinking on the subject.

The inaugural address also mentioned the Government’s idea of a ‘One Nation, One law’ concept, but details will take time to work out, and may require serious engagement with the minority parties and their larger communities in particular. It is not unlikely that the new idea and also the power-devolution package may intertwine at some point.

The problem with critics about the Rajapaksa constituency-building is that they view it from an exclusive urban, elitist view. Even for working out strategies, they need to take a holistic view, which many of them – both inside the Nation and outside – seem incapable of doing. Their perceptions of rights and accountability overshadows the need for their knowing the Sri Lankan mind, not excluding the majority Sinhalese, especially the Sinhala-Buddhists. So, the Rajapaksas have more critics outside the country and more supporters inside.

It is thus that when supporters and critics alike were looking near-exclusively at the North during the closing years and months of the war, they did not recognise that there was a large area outside of the war-zone, where, too, people lived and wanted to live better lives. Unacknowledged by most, the war years under President Mahinda Rajapaksa, now Prime Minister, also witnessed roads and electricity supply in many southern villagers. There are no records of the same in any of the NGO/INGO offices, then or since.

As an aside, the international community also mistook ‘Sri Lankan Nationalism’ of the people as nearly non-existent. It was thus that their representatives would ask every passer-by as to how the warring Nation could manage the economy, which was not chirrupy and if people would not revolt the old, JVP way. They forgot that Sri Lanka was a ‘rice-and-fish’ economy when it came to the common man, and under stressed National/Nationalist conditions, they would be too happy to give up their breads and cakes, cut down on costs of daily living, if that’s what was required in the larger National cause of the time – that is, eradicating LTTE terrorism.

Only such a fuller understanding, even if late, would help even critics to understand the core element in the Rajapaksa voter-constituency. It goes beyond the conventionally criticised ‘Sinhala-Buddhist Nationalist’ constituency. As the past few National Elections have shown, mainline political parties of the non-minority genre cannot afford to antagonise them, barring the more violent ones, which are not to the liking of ‘true Nationalists’. It is like the differences between the traditional Left and the militant Left, the likes of which Sri Lanka, too, has had experience with, after the advent of the JVP in the mid-sixties.

True to his known and acknowledged disposition in such matters, President Gotabaya’s current economic agenda has the potential to help consolidate the ear-marked Rajapaksa constituency from the previous 10-year rule of Mahinda Rajapaksa. The presidential address gives the impression that his ideas on rejuvenating the Nation’s traditional economy to meet with present-day demands and challenges is still a work-in-progress.

Maybe, the annual Budget due later this year will give a clearer indication on where the funds are coming from and what they are expected to achieve through the short and medium terms. The long term is hoped to reap the benefits for the Nation’s population, beyond the current five-year term of this Government.

Looked at it differently and in its entirety, the post-war Rajapaksa regime’s developmental works in the war-ravaged areas of the North and the East were not necessarily a replacement for democracy and devolution. They were add-ons, in a way, rather the mandatory add-ons, especially as then Defence Secretary, now President, thought was required for the people to reap the benefits of democracy and devolution, and move away with war-mindedness and the prevailing sense of minority-victimisation.

The current parliamentary poll results in the Tamil North and East have clearly shown that the idea of a combined ‘Three-D’ approach to the post-war reconstruction and rehabilitation of and in the war-ravaged North in particular was not wide off the mark. The Tamil voters in the North especially, and even more so in the East, have voted against those that they did not give them development, jobs and incomes – and have voted for those that they think will provide them, these – more than any time in the past, post-war decade.

The trend became visible with the Nation-wide local Government polls of February 2018. In the Tamil North, present-day Minister Douglas Devananda’s EPDP won more seats and votes than the mainstay TNA rival was ready to concede. The Elections saw the TNA having to take the EPDP’s support to claim the mayoralty in some local Government bodies in the North.

Unlike the TNA which put a greater premium on Tamil rights, Devananda insisted that they needed to be co-opted with the mainline Sinhala polity if they had to take development, jobs and incomes to their people – and even their ‘rights’. The likes of Devanada’s approach are also as of the late Saumiamoorthy Thondaman, the unquestioned leader of the Upcountry Tamils, or ‘Indian-origin Tamils’ (IOT), when SLT counterpart, S J V Chelvanayagam asked to work together.

Selva’s politics was about demanding ‘rights’ whereas Thondaman’s people wanted food, jobs and housing. Today, unfortunately, after decades of moderate demands and militancy of the LTTE kind, the non-Jaffna peripheral SLT people are where the IOTs were then, and even now for most parts. That has been the ironical product of years and decades of the SLT fight for their rights.

After five long years of TNA-led Northern Provincial Council administration under Chief Minister C V Wigneswaran, many Tamil voters feel the same way. Or, that is what the parliamentary polls has shown. Maybe, they too desire for political rights, maybe there are also those that still put a greater premium on rights than livelihood, but the former class has begun showing up and want to be counted.

Wigneswaran as Chief Minister declared more than once that they wanted rights, including the right to choose projects and programmes of their choice for their people, than what the National Government in Colombo ‘dictated’. His Government even set the record for returning Centrally-allocated funds without taking up or completing the projects whereas other Provinces were demanding more funds and more projects.

The President’s maiden address to the new Parliament has highlighted areas of his developmental interests. He has specifically mentioned agriculture, irrigation and fisheries, tea industry and also education and healthcare. These are also areas where every average Sri Lankan has a stake –and as a beneficiary.

In naming the sectors with some anecdotal information, President Gotabaya also told Parliament how he used up his poll campaign and other tours and visits of the interiors to meet up with the local people, and how he found their demands not to be personal but society-centric. Clearly, the Government is expected to take up specific projects, big and small, to meet with the public expectations.

Sri Lanka was known for all the sectors that President Gotabaya has since named in his presidential address. But these are also areas that have suffered more in the past decades, some of it like dairy development, as a product of the market economy since the late seventies. How to resurrect them all and also make the likes of tea economically competitive in the international market is easier said than done. But Team Gotabaya seems to be having an action plan, which is likely to be unveiled in phases and stages.

Back to the basics

In a way, President Gotabaya’s is a back-to-the-basics approach. But other aspects of the economy too remain. Like resurrecting tourism, post-Easter blasts, post-COVID-19. Then there are larger structural issues, to resolve which he has to work on a medium and long-term National consensus and solution. The shocking shape of the economy is where it has to begin, and where it has to end.

The immediate issue of course is National debt and Government spending – the former President Gotabaya and Prime Minister Mahinda began addressing, with their respective maiden overseas visit to neighbouring India, in their new positions after the presidential polls of November last. They send out the message to the Nation that they have got their priorities right. Now they have to show that they are capable of fixing the problem.

True, there is the political angle to the Presidency and Governmental functioning, starting with the concerns of multiple minorities, their demands, expectations and aspirations. Not all of them can and will be met through developmental agenda. But the way the war-torn North and East have responded in the parliamentary polls, these are also areas that cannot be ignored – whether in administrative or electoral terms. A new generation of voters face newer problems and they need equally newer solutions!