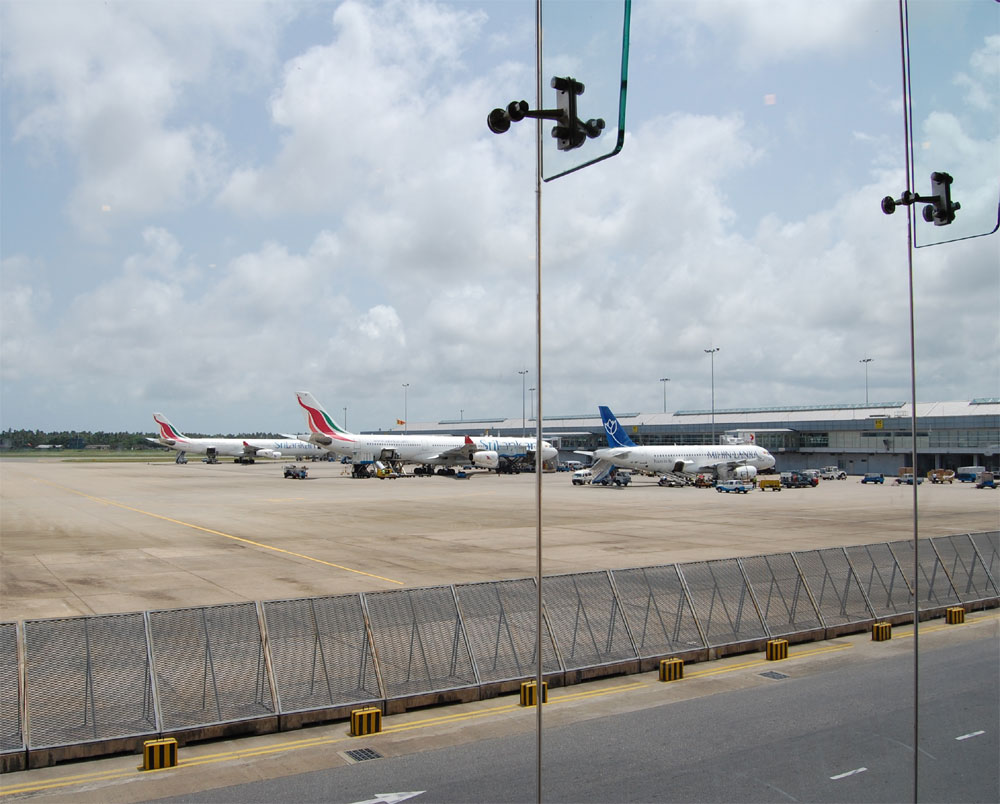 Civil Aviation Minister Nimal Sripala de Silva’s Parliament announcement that the Government was not handing over the Palay Airport in the Tamil-majority Northern Province for development to a State-run Indian air-infra firm should dampen the spirit of bilateral enthusiasts on both sides of the Palk Strait. It is not just about the Sri Lankan decision but more about the way huge gaps have begun appearing in bilateral communication, and more frequently than ever.

Such concerns are not without reason. Minister De Silva’s statement came after the Airports Authority of India (AAI) claimed to have signed an agreement with the nation’s Ministry of External Affairs (MEA) for “preparation of a detailed project report for development of Palaly airport in Sri Lanka”. As Indian media reports pointed out, this would have been the first project for the AAI in the island- nation.

It is in this context that Minister De Silva told Parliament that Sri Lanka was against giving control of Palaly Airport to India or any other country for developing the same.  Instead, his ministry would develop Palaly in partnership with partnership with the Tourism Development Fund and the Civil Aviation Authority, he clarified.

Palaly was a key-airport during Sri Lanka’s war years and decades, for military movement. Even Indian peace interlocutors and LTTE’s Prabhakaran used to jet-set outside the country from here, during and pre-IPKF era. The post-war Rajapaksa regime took a quick decision to promote Palaly back as a civil aviation-hub, which it was anyway, more so after the Tamil Diaspora began returning home, even if for a short stay.

As Minister De Silva told Parliament, Palaly was not the only airport that Sri Lankan would not hand over to foreign Governments or their agencies for development. The Government did not intend handing over Higurakgoda, Baticaloa, Keggala, Digana and Trincomlee airports, too, to other countries for such development. Instead, they would all be developed as ‘domestic airports’, the Minister said.

It is unclear if Minister De Silva made any distinction between retaining all of them as ‘domestic airports’ and letting other nation’s institutions ‘develop’ them. For instance, the AAI in the country of its origin is only an infrastructure and management organisation, of airport infrastructure, but deciding if they should be ‘domestic’ or ‘international airports’.

The decision to develop a particular airport in India to ‘domestic’ or ‘international’ standards was for the Government to take, after studying various parameters, demands and ground situation. The AAI is only an executing agency representing the Government, as such ‘development’ cost money. In context, private airport operators, if allowed, might cut corners – and thus compromise ‘security’ of every kind.

Unfortunately for bilateral relations, Palaly is not the first or the only airport in whose development the AAI’s name in particular got dragged on. Earlier, Minister De Silva told Parliament that the very same AAI was being asked to submit a business plan to operate the loss-making Mattala Rajapaksa International Airport, possibly the only one of its kind and size where no aircraft has landed in a long time.

It is another matter that the MEA soon clarified that New Delhi was after all considering Sri Lanka’s proposal in this regard. But then, confusion of the kind seems to continue haunting bilateral relations, long after the exit of the Rajapaksa regime and the advent of the incumbent, ‘India-friendly’ Government in Colombo.

It all had possibly begun with India’s Surface Transport Minister Nitin Gadkari and his ministerial deputy, Pon Radhakrishnan, began talking about reviving the idea of a land-bridge between the two countries. Mooted when present-day Sri Lankan PM Ranil held the same office a decade and more ago, that too at a seminar in Chennai, it was shot down soon thereafter by then Tamil Nadu Chief Minister Jayalalithaa.

It was the ceasefire time between the Sri Lankan Government and the LTTE alright, but then no one really expected the same to hold for too long. To the extent, the anxieties expressed by CM Jayalalithaa were not wide off the mark, but it was much more than a political statement than Ranil’s proposal, which had genuine elements attaching to the same.

If Ministers Gadkari and Radhakrishnan thought that because of PM Ranil’s past interest and initiative in the matter, Sri Lanka would receive the new proposal without question, it was not to be. More than the idea per se, the Sri Lankan side seemed to have been surprised about the absence of prior intimation, if not mutual consultation and consensus, before the Indian side went to town on the matter.

Today, it is nobody’s case that the land-bridge idea should be revived, or at least a feasibility study undertaken. By jumping the gun and with that side-stepping the traditional diplomatic route, the Indian Ministers might have shot themselves in the foot, and the project in the head.

Today, as the communication gap involving the otherwise little-known AAI shows, there has been avoidable embarrassment on the bilateral front, involving India and Sri Lanka. At one level, all of it can be safely overlooked, but at another level, they are worse than in the past.

Time used to be when diplomats and ministers from the two sides used to differ and distinguish between crossing a ‘t’ here or dotting an ‘i’ there, on the Indo-Sri Lanka Accord. Peculiar situations demand particular handling – and they were all comprehensible and even acceptable after a point.

In recent times, the Rajapaksa regime, after a point began giving the impression that it was in the business of shifting the goal-post eternally on the post-war ethnic reconciliation front. India was not the first among international interlocutors to get the feeling. India could not escape it, after a point.

The present Government’s handling of the UNHRC-backed ‘war crimes probe’ and consequent ethnic reconciliation efforts have left to similar feelings in India, as with the rest of the world. It was/is not about what Sri Lankan wants to do with itself and its population. It is all about what and how Sri Lanka conveys it to the rest of the world – India, included.

It is equally so with India’s information channels with Sri Lanka, and the rest of the neighbourhood, too. Needless to point out, India or any other nation in its place, expecting/anticipating rulers in the neighbourhood to deliver on expectations, even up to the half-way mark, is one thing. It is another to expect them to understand all of Indian concerns, or act on the same even if they understood it.

In diplomatic terms, there are no informal channels where such communication can be free and frank, especially when either or both sides feel restricted, if not outright choked. Less said thus about the Indian experience with Sri Lanka’s successive rulers, not only on the strategically important China front, but equally so on the relatively less important CEPA-ECTA negotiations!