Spurring the Nuclearisation of South Asia 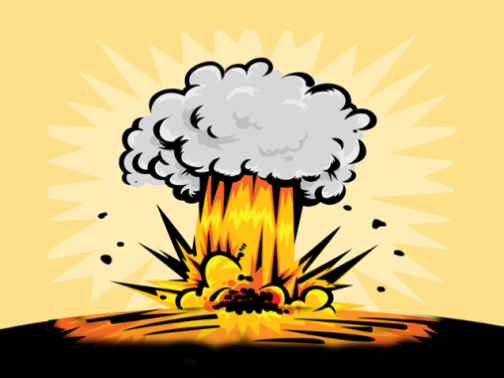 It is a known fact that Nuclear disarmament, nuclear nonproliferation, and the threat of nuclear terrorism are among the most critical challenges facing the world today. The continuous up gradation of weapons by India could lead her as a hegemon nuclear power that can genuinely unsettle Pakistan and China. It is a known fact that India is also a home to some rebels and extremist groups which add to the dangers it presents for the South Asian region and, indeed, the entire world.

Surprisingly, South Asia is the only area where three Nuclear Weapon States manage to survive while having common frontiers in the case of Pakistan vs. India and India Vs. China is torn by deep-rooted animosities.  Established in 1948, Indian atomic energy commission turned towards the United Kingdom for their first help in the making of Apsara. Subsequently, with a similar vision, the CIRUS reactor was supplied by Canada where interestingly the heavy water came from the United States.

Consequently, India over the years has built a nuclear program that leads to the making of numbers of reactors. India conducted its first nuclear weapons test in May 1974, which implies to their hegemonic ambitions as India can produce around 300-400 nuclear weapons.

It is essential to dig out what is the minimum number of nuclear weapons can India make with its existing fissile material stockpile to have a better understanding. As a matter of subject, information suggests that India has oldest-cum-largest safeguarded nuclear program midst the developing world and is continuously trying to increase the size of its stock of weapons-grade plutonium and perhaps HEU as well. India may also be considering using its civil power reactors to increase its stock of weapons-grade plutonium.
There is not much debate about India having uranium reserves that are higher than what other countries in the region hold. Interestingly, India can produce 300 tons of uranium annually. This massive production of uranium annually supports its nuclear submarine program and its current weapons-grade plutonium production rate indirectly, which is enough for approx. 6-10 bombs per year.

Adding a twist into the existing fissile material build-up process, the Indo-US nuclear deal supplemented more flavours which would continue to not only allow India increase its fissile material but also the capacity to increase the accumulation of nuclear weapon material, increasing it from a current annual rate of 6-10 bombs worth of materials to several dozen per year.

At the peak of all these developments, it is important to note that thermonuclear weapons have far more destructive power than a nuclear bomb. As India claims that the nuclear tests in 1998, Shakti I, was a two-stage thermonuclear weapon that ignited successfully and produced a forty-five kiloton yield (0.045 megatons), which was considerably below the two hundred kiloton yield expected. Compatible, a thermonuclear weapon derives its explosive energy from the combined power of nuclear fission and fusion. The yield on the first U.S. thermonuclear weapon was roughly ten megatons or 10,000 kilotons.
This all implies that India has traditionally relied on plutonium and thermonuclear technology, from Pokhran-I to Operation Shakti. In 1992, the then Chairman of Department of Indian Atomic Energy acknowledged that India had succeeded in the past in achieving the targets of highly enriched uranium, while the centrifuge program was facing critical and technical hindrances. Also, it was admitted by the former Chairman of AEC, Raja Ramanna that India was working to produce more efficient centrifuges which were used for military purposes.

Hence, the strategic stability in South Asia has been negatively impacted since the initial stages due to the hegemonic designs which India pursued with the start of CIRUS reactor. With the passage of time, the Indo-US nuclear deal and NSG waiver have added more colors to it, and now the discriminatory move to try to facilitate Indian NSG membership will further erode the strategic stability in South Asia. To offset the stakes, it might be prudent to have a close check on the architects of India’s nuclear build-up rather than imposing brackets on Pakistan’s peaceful designs to only safeguard it from Indian hegemonic designs.

Lastly, Pakistan’s compulsion to see itself and be seen as ‘equal’ to India must not be ushered under the carpet. While looking at both sides of the story, India must not be favored for NSG membership as it will be used as the means of making the most optimum use of all its original uranium stocks for weaponization.