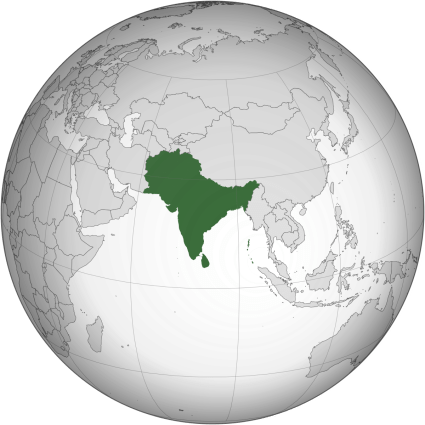 In early 2020, the COVID-19 pandemic struck almost every part of the habitable world. As of 15 November 2020, there have been 54 million cases of COVID-19 and 1.31 million deaths all over the world due to the pandemic. These numbers are even more concerning in South Asia where 23% of the world population reside and population density is as high as 303 per sq km (compared to the world population density of 14.7 per sq km). This population density, coupled with inadequate infrastructure to deal with a pandemic of this magnitude, has resulted in a high number of 97,83,498 infected cases and a total of 1,44,769 deaths in South Asia as of 13 November.

Evaluation of the national COVID policies in South Asia

Most countries in South Asia detected the first cases of COVID-19 in January. The World Health Organisation (WHO) recommended that the governments should limit human‑to‑human transmission of the virus, care for those affected, maintain essential health services during the outbreak and enforce appropriate public health measures at international points of entry while advising against travel restrictions.  However, one of the earliest measures taken by countries to combat the pandemic was to limit foreign travel. Initially, India banned the entry of foreigners, Overseas Citizens of India, and suspended all visas in mid-March. Thereafter, all commercial international and domestic flights were also suspended. By mid-March, Sri Lanka and Pakistan had also banned the entry of all commercial aircraft. By the end of March, Nepal had suspended all international flights and also blocked the Indian and Chinese borders. These measures were followed by extensive lockdowns and/or curfews. India imposed one in end-March with only essential services allowed to function. Around the same time, a nationwide lockdown was implemented in Nepal. Bhutan initially banned tourism and then a nationwide lockdown commenced starting early August.

By May, most countries in South Asia began to slowly ease these restrictions. In some cases, this was in response to a reduction in the number of daily injections. Sri Lanka started to resume civilian life by 11 May claiming to have successfully defeated COVID-19 and even conducted a parliamentary election on 5 August. However, Colombo went back into lockdown at the end of October, following a resurgence of COVID-19 cases. On 21 July, Nepal declared a lifting of the lockdown, which was followed by the virus spreading in Kathmandu valley. India permitted inter-state travel and domestic flights by late May and gradually started to open up civilian and economic activities, despite its high infection rate. To recover its tourism-dependent economy, the Maldives too lifted its travel restrictions in mid-July, after months of lockdown. Bangladesh’s national lockdown was relaxed in June and as of late September, the second wave of COVID-19 has hit the country. Given the economic consequences of another shutdown, rather than re-imposing a lockdown the Bangladeshi government is emphasizing the use of masks. The Government of Pakistan has stated: “Given the situation if we can do both – protect our lives and keep businesses running – that would be the best; we don’t have any other options.”

These aforesaid policies demonstrate that South Asia has had to make difficult decisions on how to sustain its economies while trying to combat the virus. Lockdowns, which are necessary to contain the pandemic, have created lasting scars on economies in South Asia which might experience its worst economic performance in 40 years. The economic disruption is also visible from outer space. Between March and August, nighttime light intensity declined in more than three-quarters of South Asia’s districts. Given the circumstances, the governments may be forced to prioritize among seemingly competing concerns and needs of their populations.

International Human Rights Law as well as notions of social justice dictate that regardless of the circumstances, States are constrained in how they deny basic human guarantees to their populations. Countries in South Asia have acceded to most of the core International Human Rights treaties, including the International Covenant for Economic Social and Cultural Rights (ICESCR), with Bhutan being the exception. As per ICESCR, States have a minimum core obligation to ensure the satisfaction of essential levels of each of the rights enshrined in ICESCR. Therefore States must take the necessary steps, depending on its maximum available resources, to ensure that their populations are not deprived of essential foodstuffs, of essential primary health care, and of basic shelter. A State is required to make every effort to use all resources that are at its disposition to satisfy, as a matter of priority, its minimum core obligations. Even in times of severe resource constraints, such as an economic recession, vulnerable members of society must be protected.

These obligations in ICESCR mirror principles of social justice which dictate that development should not be narrowly construed as the growth of gross national product or rise in personal incomes. Instead, development is a “process of expanding the real freedoms that people enjoy” and requires removal of poverty, poor economic opportunities, systematic social deprivation and neglect of public facilities. As Amartya Sen notes, sometimes the lack of substantive freedoms relates directly to economic poverty, which robs people of the freedom to satisfy hunger or obtain remedies for treatable illnesses or an opportunity to be adequately sheltered. Thus, economic unfreedom such as poverty and hunger can make a person helpless prey to other kinds of unfreedom. It is counterproductive to claim that the State is only obligated to provide civil and political rights/freedom to the detriment of social and economic rights/freedoms.

In South Asia, the poor face the brunt of the pandemic’s effects. The poor have less access to health care, are more likely to have lost their job, and are more vulnerable to spikes in food prices. While the social distancing measures were made the central point of the campaign against COVID-19, the impossibility of implementing these measures in slums was overlooked. There have been success stories of containing COVID-19 in Dharavi, Mumbai, where 650,000 people are spread over 2.5 sq km. However, perhaps the reason why the number of COVID-19 in slums have not been as shocking is that people are not being tested in the slums, due to various reasons, including lack of money for treatment by the dwellers and reluctance to provide information of being infected by COVID-19 virus due to fear of being ostracized. Meanwhile, income has reduced in the slums as many are out of work due to lockdown, reduced mobility and social distancing measures, whereas food supplies promised by the government have not reached every needy slum dweller. The redistributive character of social security plays an important role in poverty reduction. The Committee on Economic Social and Cultural Rights states that everyone has the right to social security and that special attention needs to be given to persons who traditionally face difficulties in exercising this right. Therefore, there is an urgent need to take positive measures to ensure that the poor are in a position to follow the measures for reducing the spread of COVID-19.

COVID-19 policies in South Asian countries also have had disproportionate effects on certain marginalized communities. Large numbers of persons are on the move in search of living within the countries and some across borders. Lockdowns have exposed the plight of these migrant populations. In India, for example, a sudden declaration of immediate lockdown in March 2020, led to the closing down of the factories, where many migrant labourers work and take shelter. With no shelter, these migrant labourers had no viable alternative but to return to their home villages for survival. Lockdowns had also put the public transportation system at a halt and therefore, the migrant labourers walked for hundreds of kilometers and this mass exodus brought to limelight some deeply saddening images – an exhausted child asleep on his mother’s suitcase as she drags it along; a young man cradling his friend as he breathes his last after walking hundreds of miles. It was only five weeks later that certain arrangements were made for the migrant labourers to return home, subject to conditions. Similarly, Nepal’s migrant workers were left without food, water and shelter. In Pakistan, too, the resultant effect of the closure of inter-and intra-city rail and road travel was that its 9 million internal seasonal labour migrants were stranded outside and inside the country. City-wide lockdowns in Pakistan have left many undocumented and stateless migrants from Afghanistan without any access to support, let alone mobility. The adverse impacts of COVID on migrant populations have also been addressed by the UN Committee on Migrant Workers and the UN Special Rapporteur on the Human Rights of Migrants.

Certain COVID-19 measures in South Asia have also disregarded special circumstances and religious and cultural practices of sections of its populations. For example, the Sri Lankan government has implemented a controversial policy of cremating all Covid-19 victims. Under Islam, cremating a dead body is a violation of burial rites and practices. The tracing of contacts of infected persons was accompanied by the media highlighting incidents of COVID-19 among Muslim communities, which led to the Sri Lankan Ministry of Health issuing guidelines prohibiting mentioning the ethnicity/religion of infected people. COVID-19 has also exposed the selfishness of individuals, who have left no stone unturned to ostracize doctors and other essential workers. For example, in India, there have been several reports of doctors, nurses and other medical professionals being evicted from their rented homes by landlords and those who own their apartments have at times, not been allowed to enter their residential housing. Also, medical professionals have been denied public transport in many cases and yet have been expected to report on duty.

In light of the above, States need to be aware of the disproportionate adverse effects of their COVID-19 policies on certain vulnerable populations. According to General Comment No. 20 of the Committee on Economic Social and Cultural Rights and other human rights documents, such policies or practices which appear prima facie neutral, may have a disproportionate impact that amounts to indirect discrimination. Non-discrimination and equality are fundamental components of international human rights law. Accordingly, States must undertake to guarantee the enjoyment of the rights enunciated in human rights treaties without discrimination of any kind as to race, colour, sex, language, religion, political or other opinions, national or social origin, property, birth or another status. Likewise, these rights apply to everyone including non-nationals, such as refugees, asylum-seekers, stateless persons, and migrant workers regardless of their legal status and documentation. While non-discrimination is best facilitated when citizens and residents cooperate and stand with each other, States have an obligation to ensure that individuals and entities in the private sphere do not practice discrimination. Governments in South Asia should act towards the welfare of all its citizens and residents, instead of catering to vote-bank politics.

As we have demonstrated, governments need to be aware of the positive actions they must take in order to ensure that certain vulnerable communities are protected from the pandemic as well as the economic hardships resulting from it. This is particularly relevant in light of the recent announcement by Pfizer and BioNTech that their vaccine against COVID-19 has shown promising preliminary results. During the next step of the distribution of a vaccine and/or providing medical treatment for COVID, armed with the knowledge of how COVID-19 policies can both, directly and indirectly, discriminate against and disproportionately impact persons with pre-existing socio-economic vulnerabilities, governments hopefully would be able to design more inclusive policies. As the Office of the UN High Commissioner for Human Rights states “COVID-19 does not discriminate, and nor should our response, if it is to succeed.”