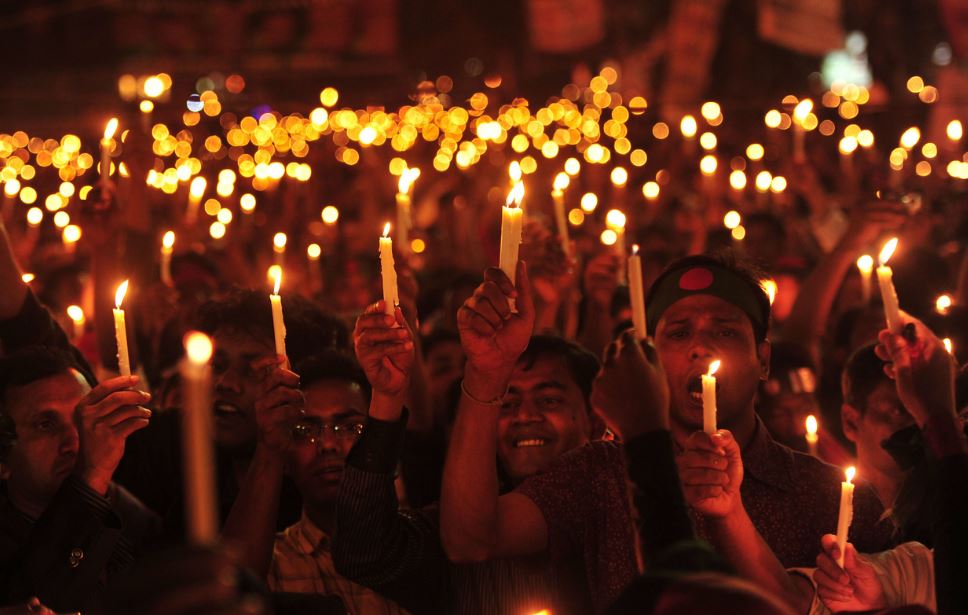 Politicians and law-enforcers in Bangladesh, from time to time, hype up both panic and complacency by publicizing the following: “terrorists everywhere” or “no terrorists anywhere”, in the country. The ambivalence is counterproductive to counterterrorism (CT) operation. The first and foremost requirement for effective CT is understanding of terrorism per se, that terrorists are not mindless robots programmed to kill innocent people just for the sake of killing. Terrorism is ideology-driven violence, different from violent crime and warfare. Most terrorists, globally, have been well-to-do engineers and technocrats, not poverty-stricken madrassa-educated people. Interestingly, someone’s terrorist is someone else’s freedom fighter.

Terrorism is a deviation, something extra-ordinary; there’s no ordinariness about it like crime, epidemic, floods, or earthquake. It’s a symptom of the disease, not the disease itself. A society or nation creates it through various unwise socio-political, and economic decisions. Very similar to cholera or malaria, terrorism spreads through certain germs or bacteria; it just doesn’t drop from the heavens. It’s noteworthy, terrorist outfits representing minority communities often fizzle out – such as the IRA and LTTE – but those who are well-entrenched among the main stream of the population, remain formidable adversaries for decades.

The primary responsibility for the spread of terrorism in any country lies with the country itself; there is no room for blaming others. I give the example of the ten-year-old American boy, who seconds after the second plane had hit the Twin Towers on 9/11 screamed: “Why are they killing us? We must have done something wrong to some people somewhere”. What this little boy understood that terrorists don’t attack just for the sake of attacking, the American Administration refuses to admit that terrorist attacks are either retaliatory or preemptive by nature. Bangladeshis also believe they aren’t responsible at all for the growing terrorism in their country. This denial is costly, and counterproductive to effective CT operation.

CT experts in Bangladesh must understand the problem of terrorism has deeper roots than alienation of some rich kids. Mass alienation of people from society, politics, and state – which they consider corrupt, cruel, and illegitimate – is the problem here. The problem is political, and “political” has a very broad definition. It’s all about human relations in power perspective; it’s about people’s aspirations, honour, dignity, livelihood, family, and freedom in local, national, and global perspectives. And what’s local is global, and global is local.

Unfortunately, in the wake of the latest terror attacks at Gulshan and Sholakia, Bangladeshi leaders and law-enforcers seem to be in the denial mode. To them, there’s no ISIS in Bangladesh; terrorists here are all homegrown locals, not foreigners. They should rather worry more about the homegrown elements than the foreign ones, who are relatively easier to track down than the local ones. They should understand terrorism is also globalized like the McDonald’s franchise; you don’t need American chefs to prepare their burgers in distant Bangladesh.

An effective CT doesn’t require more troops or policemen, it requires: a) the admission by politicians and police that terrorists do exist in Bangladesh; b) no bragging about actual or elusive success in CT operation; c) no blame game against each other; and d) good governance and fair distribution of wealth and opportunities to all. Imperatively, mainstream religions or political parties never nurture terrorism. Cults or secret religious or political clans surreptitiously mobilize support for terrorism by systematic brainwashing of people through manipulation of facts and ideologies. The upshot is a tiny minority of angry, marginalised people start believing what’s apparently right is actually wrong, and vice versa.

According to the Home Minister, since only a handful of people are terrorists, the Government can overpower them in no time. May be so! He also claims the Government had been well aware of the Gulshan Attack, but we saw the police failed miserably to save any victim, other than those 13 released by the terrorists. The Police Chief is even more complacent: “Militancy has decreased in the country due to law enforcers’ efforts …. Some have been killed in ‘crossfire’ incidents”. Interestingly, only 19 terrorists destroyed the Twin Towers on 9/11, killed around 3,000 people, inflicting a loss of more than a trillion dollars to American economy; and al Qaeda spent less than $500,000 for the attacks. The punch line is 20 terrorists can kill 20,000.

It’s time CT operators learn there are three different types of politically inspired violence: a) terrorism b) insurgency and c) insurgent-terrorism. The fine line between terrorism and insurgency often remains blurred. While al Qaeda is primarily terroristic, the ISIS champions global insurgencies against all governments across the world. Hence it’s the most dangerous destabilizing force in the world.

As terrorism is often part of  broader insurgencies – the terrorist JMB in Bangladesh is a surrogate to the global insurgency called ISIS – CT operators must apply counterinsurgency (COIN) methods as well. David Galula, the guru of COIN operators in the world ( although this French expert came from the losing side of the War in Algeria), believes CT-COIN is “eighty percent political, and twenty percent military”. CT-COIN operators in Bangladesh must apply the concerted civil, military, paramilitary, political, economic, and psychological forces to counter terrorism.

Then again, CT-COIN operators mustn’t follow security studies manuals, blindly. One military historian has pointed out, most CT-COIN operations have failed to achieve anything as the losing side has written “99 percent” of their manuals. Hence the desirability of innovation or creativity! Again civil-military cooperation is an essential pre-condition for the success of any CT-COIN operation, so goes General David Petraeus’s Counterinsurgency Field Manual.

The line between terrorists and insurgents is getting blurred, very fast. In countries where terrorists and insurgents come from the main stream of the populations, there’s no guarantee about the success of any CT-COIN operations in those places. There’s no alternative to addressing the socio-political, and economic issues to resolve the problem of terrorism-insurgency in those countries. We know terrorism isn’t a law-and-order problem, and as such there’s no quick fix or police and military solutions to the problem. However, this information is a bitter pill to swallow for most government agencies in Bangladesh, and elsewhere.

Another stumbling bloc to successful CT-COIN operation is some politicians’ and law-enforcers’ disrespect for human rights, human dignity, and privacy of suspects having links with terrorists and insurgents in general. They simply don’t understand extra-judicial killings of suspects and criminals – through the proverbial “encounter” or “cross-fire” – further aggravate the problem of terrorism-insurgency.

To conclude, Bangladesh should use the US Pacific Command’s CT-COIN Manual, developed by the Asia-Pacific Center for Security Studies (APCSS), which is all about intrastate and interstate cooperation to contain and defeat terrorist-insurgencies in various countries in the Asia-Pacific region, including Bangladesh. While the Comprehensive Security Response to Terrorism (CSRT) method stresses the importance of intrastate civil-military and inter-agency cooperation, including intelligence sharing, the Advanced Security Cooperation (ASC) suggests interstate cooperation among civil-military and intelligence agencies at the international level.

Again, both the CSRT and ASC methods stress the importance of good governance, democracy, and respect for human rights as antidotes to terrorism and insurgency. CT-COIN operators in Bangladesh should learn, there’s no substitute for good governance, which is transparent and accountable, and ensures democracy, the freedom of expression, human rights and dignity. In sum, there’s no police or military solution to the problem of terrorism and insurgency.