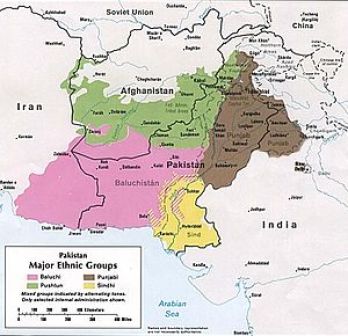 Two Balochistan Constabulary personnel were shot dead while another one sustained injuries in an attack by unidentified militants in Quetta, the provincial capital of Balochistan, on January 17, 2018. The personnel were reportedly deployed at a flyover for security duty.

On January 16, 2018, unidentified militants shot dead a Police constable while he was going to report for duty in Quetta.

On January 15, 2018, five Frontier Corps (FC) Personnel were killed and another six injured in an ambush by unidentified militants in the Shapok area of Kech District. Two FC vehicles, transporting soldiers from Panjgur Town in the District of the same name, to Turbat town in Kech District in Balochistan, were attacked with automatic weapons when they were crossing the mountainous area of Shapok. Turbat Assistant Commissioner Jamil Baloch disclosed that, “as a result of the firing and overturning of the vehicles, five FC personnel got martyred and six others sustained injuries”.

On January 9, 2018, seven people, including five Policemen, were killed and another 16, including eight Policemen, were injured in a suicide blast by a Tehreek-e-Taliban Pakistan (TTP) terrorist near GPO Chowk on Zarghoon Road in Quetta. The suicide bomber targeted the Police contingent returning from duty at the Provincial Assembly building, ramming into the parked Police truck.

Significantly, the decline in fatalities was the sharpest in the ‘militant’ category. Militant fatalities declined by 63.75 per cent, as compared to a decline of 49.67 per cent and 27.09 per cent registered in the SF and civilian categories, respectively, indicating that the SFs were progressively relinquishing the operational initiative.

As with the fall registered in overall fatalities in terrorism-linked violence in the Province, other parameters of violence also witnessed a decline. The number of major incidents (each involving three or more fatalities) decreased from 59 (resulting in 500 fatalities) in 2016 to 39 (resulting in 273 fatalities) in 2017. Similarly, the Province saw a decrease in the number of bomb blasts: 43 in 2016 to 34 in 2017, even as the resultant fatalities decreased from 262 in 2016, to 134 in 2017.

The problem of extra judicial killings in Province persisted through 2017. According to the SATP database, out 183 civilians killed in the Province in 2017, at least 86 were attributable to one or other terrorist/insurgent outfit. Of these, 10 civilian killings (all in the South) were claimed by Baloch separatist formations, while Islamist and sectarian extremist formations – primarily LeJ, TTP and Islamic State (IS, also Daesh) – claimed responsibility for another 76 civilian killings, 53 in the North (mostly in and around Quetta) and 23 in the South. The remaining 97 civilian fatalities – 71 in the North and 26 in the South – remain ‘unattributed’, and a large proportion of these are believed to be the handiwork of state agencies or their proxies.

Balochistan has recorded at least 6,785 fatalities since 2004, including 4,029 civilians, 1,500 militants and 1,256 SF personnel (data till January 21, 2018). The maximum number of fatalities in the ‘civilian’ category has been the result of extra-judicial killings by SFs in retaliation to targeted killings of SF personnel by ethnic Baloch insurgents. Of the 4,029 civilian fatalities, at least 1,168 have been attributable to one or other terrorist/insurgent outfit. Of these, 395 civilian killings (225 in the South and 170 in the North) have been claimed by Baloch separatist formations, while Islamist and sectarian extremist formations – primarily LeJ, TTP and IS – claimed responsibility for another 773 civilian killings – 690 in the North (mostly in and around Quetta) and 83 in the South. The remaining 2,861 civilian fatalities – 1,694 in the South and 1,167 in the North – remain ‘unattributed’. A large proportion of the ‘unattributed’ fatalities, particularly in the Southern region, are believed to be the result of enforced disappearances carried out by state agencies, or by their proxies, prominently including the Tehreek-e-Nafaz-e-Aman Balochistan (TNAB, Movement for the Restoration of Peace, Balochistan). The large number of unattributed civilian fatalities strengthens the widespread conviction that the Security Agencies execute “kill and dump” operations against local Baloch dissidents, a reality that Pakistan’s Supreme Court has clearly recognized.

A December 28, 2016, BBC Urdu report, attributing data to Pakistan’s Federal Ministry of Human Rights, claimed that at least 936 dead bodies of ‘disappeared’ persons, often mutilated and bearing the signs of torture, had been recovered in Balochistan just since 2011. Most of the bodies were dumped in Quetta, Qalat, Khuzdar and Makran areas, where the separatist insurgency has its roots. Thousands of people have disappeared without trace in Balochistan since the separatist insurgency gained momentum in 2007. BBC Urdu, quoting the International Voice for Baloch Missing Persons (IVBMP) head Nasrullah Baloch, reported that most of the bodies “are of those activists who have been victims of ‘enforced disappearances’ – people who are picked up by authorities and then just go missing.” The IVBMP claimed that it has recorded 1,200 cases of dumped bodies, and there are many more it has not been able to document. None of the mainstream media reported such state sponsored atrocities, as media reporting from these areas is strictly forbidden.

Continued extra-judicial killings by the Pakistani security establishment has made Baloch insurgent groups more violent towards non-Baloch people in the Province, with the result that a in a series of attacks have targeted Punjabi and other non-Baloch settlers in Balochistan. These killings have been orchestrated by Baloch groups including the Balochistan Liberation Army (BLA), Balochistan Liberation Front (BLF) and the Baloch Republican Army (BRA), among others, who have openly to voiced anti-Punjabi sentiments. According to partial data compiled by SATP, a total of 198 settlers have been killed in Balochistan since the killing of Nawab Akbar Bugti, leader of the Bugti tribe and President of the Jamhoori Watan Party (JWP), on August 26, 2006, (data till January 21, 2018). Bugti was killed in a military operation in the Chalgri area of the Bhamboor Hills in Dera Bugti District. Out of the 198 ‘outsiders’ killed, at least 75 were Punjabis. While 23 Punjabi settlers were killed in 2017, 2016 witnessed no attack on Punjabis. The number of such fatalities stood at six in 2015; 17 in 2014; 29 in 2013; 26 in 2012; 13 in 2011; 21 in 2010; 18 in 2009; and one in 2008. No such fatalities were recorded in 2007 and 2006. While Punjabis have been the main targets, other ethnic groups, such as Urdu-speaking people from Karachi and Hindko-speaking settlers from Haripur District in Khyber Pakhtunkhwa (KP), have also been singled out in acts of ethnic violence.

Significantly, most of the Punjabi settler killings were recorded in South Balochistan (principally in Bolan, Kech, Gwadar, Panjgur, Khuzdar, Sibi and Lasbela Districts) which accounted for 156 killings; followed by 27 in North Balochistan (mostly in Nushki, Quetta and Mustang District). The overwhelming concentration of such killings in the South was because of the presence and dominance of Baloch insurgents in this region, while the North is dominated by Islamist extremist formations such as TTP and Lashkar-e-Jhangvi (LeJ), groups that are primarily engaged in sectarian killings within Pakistan.

Other than non-Baloch people, those associated with China-Pakistan Economic Corridor (CPEC) programs, including the Gwadar Port project, were also targeted by Baloch nationalists and insurgents who consider CPEC an instrument of exploitation of local resources and marginalization of local populations. On May 13, 2017, at least 10 labourers were killed and another two injured when unidentified motorcycle borne assailants opened fire at a construction site in the Pishgan area Gwadar Town. The slain labourers belonged to the Naushahro Feroze District of Sindh. BLA claimed responsibility for the attack. Since the start of CPEC projects in Balochistan in 2014, at least 57 workers (all Pakistani nationals) connected with these projects, have been killed.

The Balochistan president of the Awami National Party (ANP), Asghar Khan Achakzai, alleged on October 9, 2017, that the Pakistan Government was ignoring the Province in CPEC related projects: “Balochistan is being ignored in the development process and all resources were being diverted towards Punjab”. Earlier, on March 13, 2017, Munir Mengal, the President of Baloch Voice Foundation, asserted that CPEC was a ‘strategic design’ by Pakistan and China to loot Balochistan’s resources and eliminate Baloch culture and identity.

Indeed, according to Pakistan’s Federal Ministry of Interior data, shared with Parliament on September 2, 2016, though Balochistan is the starting point of the CPEC, the lion’s share of the project has been assigned to Punjab. According to official statistics, out of the total of 330 projects, 176 were in Punjab while only eight projects were allocated for Balochistan.

While terrorism-related violence in the Province has dropped to a seven-year low, the long standing discontent of the ethnic Baloch with regard to the Federal Government’s persistent neglect and injustice continues to rise. Violence in the Province has reduced, but the dynamics that propelled it are well in place, and are increasingly compounded by the activities of Islamist and sectarian extremist formations that have long been active in the North and are progressively pushing into the southern areas of the Province as well.

SATP, or the South Asia Terrorism Portal (SATP) publishes the South Asia Intelligence Review, and is a product of The Institute for Conflict Management, a non-Profit Society set up in 1997 in New Delhi, and which is committed to the continuous evaluation and resolution of problems of internal security in South Asia. The Institute was set up on the initiative of, and is presently headed by, its President, Mr. K.P.S. Gill, IPS (Retd).