‘Since When Did a City of Only Dead Bodies Celebrate Eid?’

There was commotion on the road, local mosques were empty and shops overcrowded with people stocking up on essentials. The only thing missing that would make the day of a recent Shopian encounter look like Eid were firecrackers. And soon, tear gas shelling and pellet gun sounds compensated for that. 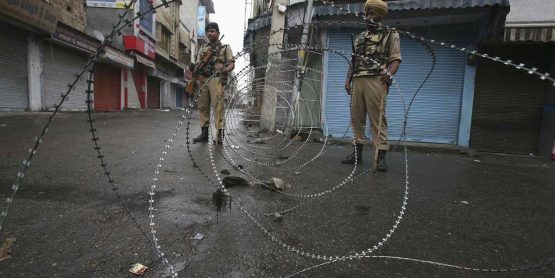 The darkness of my room was extinguished by a notification on my phone: ‘Encounter started in Killora Shopian.’

It took me a few minutes to realise that internet would be the first casualty of this encounter, and I had a few important e-mails that needed to be sent. It was the evening of August 3, and I had had a long day. My tired body was reluctant to do any further work. Unwillingly, I managed to send the e-mails. “What a tough choice,” I heard myself saying. A smile relaxed the muscles on my face. I had had a sudden realisation – since when did people living in conflict areas have choices?

Before going back to bed, I checked Facebook and found people, especially young Kashmiris, praying and asking everyone to pray for the trapped militants. The same smile of realisation etched along my lips again as I stared at those posts. Since when did prayers from conflict-torn zones get heard?

I put my phone down and lit the darkness again, and went to sleep as if nothing had happened.

Around 6 am the next morning, a loud bang on my door woke me up. “Get up, we got a lot of work to do. The situation outside is not good,” I heard my mother saying. There was an urgency in her voice. “What a bad news to start the day with,” I complained to my cushion. Since when has news from conflict areas ever been good?

Still in my bed, I could feel the bitterness in the sunlight, I could hear the walls whispering and see the air shivering. Usually, I leave my bed within minutes. But on that day I continued to lay there as my mother kept banging on the door. Perturbed, I came out yelling, “Can’t a man sleep in peace here?” and went straight to the washroom. This time, no smile appeared, only realisation ensued. Since when did peace prevail in conflicts?

There was something happening on the road outside which was familiar, rare and unseasonal. I saw a large number of people marching. Cars and motorcycle horns blaring in disharmony. Men busy doing ablution in the stream flowing opposite our house and women moving hurriedly. If the road was alive, it would surely have died of overburden that day. The road passing by our house is a link road, it is only this busy on Eid.

“Oh! Is it Eid today?” I asked myself surprised.

“But no one was wearing new clothes, no firecrackers and no early morning sermons on loudspeaker,” I answered.

Not able to fathom and ashamed to ask anyone on the road what was going on, I went inside and inquired. “Umer has been killed in the encounter,” My mother said.

It was not the news of a death that quietened my inquisitiveness, as killings of people in conflicts are commonplace, but the moistness in her eyes, indicating that she knew him.

Umer Nazir Malik, who was from Malgund village in Shopian district, had become popular after joining Lashkar-e-Taiba in April last year. He was its district commander.

On the evening of August 3, a joint force of 44 Rashtriya Rifles, Central Reserve Police Force and J&K Police cordoned off Killora village, 55 kms from Srinagar, and launched searches. Militants there opened fire on the search party, which retaliated, triggering a gunfight. Malik was killed in the initial exchange of firing. 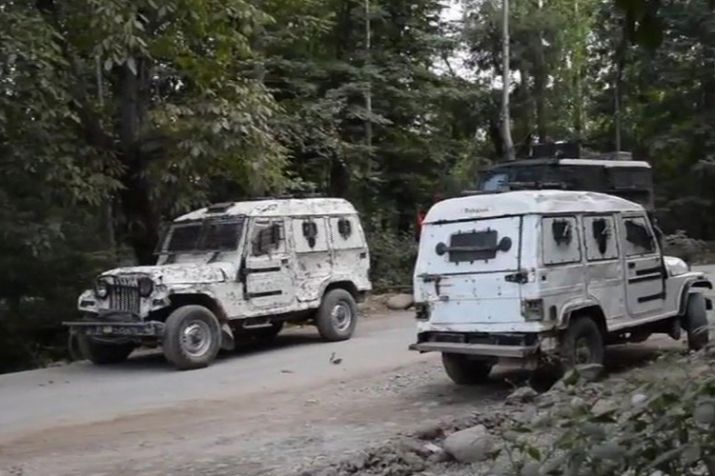 Before joining militancy, Malik worked as a volunteer at the district hospital in Shopian as a multi-purpose male health worker for almost two years. He left that job to open a ready-made garment shop near the district court in Shopian. The shop was a part of his mother’s inheritance. But after a year, he moved slightly up the hill road and near Padapawan (a village about five kms from Shopian), where he opened a medical shop on the famous Mughal Road.

Padapawan happens to be my maternal village. I have only visited his medical shop there, and that too once when I got a bruise on my left hand. I couldn’t recall how he had looked or what conversation we had that day.

“It was inevitable,” I tried to console my mother. She gathered herself, handed me a blue nylon bag and asked me to get 40 extra bagels, commonly known as tchochi wor in Kashmiri.

“Why extra?” I questioned.

“Because people from Padapawan have to go through our town to reach Malikgund (Malik’s village), and on their return, they would be tired and hungry and will surely visit us,” came an experienced reply from my mother.

This is what we would do on Eid. All our relatives who came for Eid prayers to Jamia Masjid Shopian would definitely pay us a visit. They would also bring us sweets and would give us Eidi. But this time, they were not going for Eid prayers, but for a funeral. They will not bring sweets, but only sadness, and there will be no Eidi, only grief.

Just as I stepped out of the house, I encounter my father, who was returning from his shop. “I got the bagels and extra milk. You stay inside, encounter has not ended yet,” he informed me.

Ordering me not to step outside, he returned to his shop. There is a general store next to our house. It has a backdoor entry which is quite useful during strikes – the number of strike days in south Kashmir is greater than the number of holidays in a year. With disturbance everywhere, I went back into my room for peace. I returned to reading Elif Shafak’s The Bastard of Istanbul. A half hour later, my sister came running into my room. She looked tense. Her loud breathing broke the silence and her words my concentration. “Khalid has also been killed,” she sobbed.

I stopped reading for a few seconds but kept my eyes on the book. “Okay,” I said.

‘Okay’ was not the answer she had expected. “How can you be so cold? It is Khalid, our neighbour. Your senior in school.” She almost yelled at me. I kept myself busy reading the book. She banged the door hard in resentment and went downstairs. My cold reaction was because I knew Khalid and Umer were members of two different militant groups. “They can’t be together,” I assured myself.

The horns outside grew harder. It reached to the point that I could no longer concentrate on my reading. Unwillingly, I went out again.

People seemed in a hurry and were moving faster. Maybe to reach early to occupy the front rows from where they could see the body of Malik clearly. The street was quite noisy, but I manage to hear a conversation between a middle-aged man and an elderly man. The latter said in a whimsical tone, “Zakir Musa is also trapped.” The other man was obliged to answer in his favour: “If it is him then this will go long.”

“This will be the last nail in the coffin, since people are already very angry with the Article 35A hearing,” the aged man said.

“Rumours,” I said. Rumours are the azaan of strikes.

My father called out to me to handle his shop as he was running short of few essential items. And if unprofessional soothsayers were to be believed, this was going to be a long strike.

The shop was already filled with customers when I entered. One of our neighbours, after taking the last soft drink bottle, said, “Get the godown full.”

At first, I couldn’t comprehend, but I nodded in agreement. Cigarettes were a coveted item. I couldn’t unpack the cigarette box properly to arrange them on shelves. They lay scattered on the floor. Such was the rush. Such footfall early in the morning was a rare sight. That would also only happen on Eid.

The road which was full of grief and noise in the morning became ghostly still by noon. No cars, no horns, no whispering, no shouting, no humans and no sentiments – only silence, suspense and sadness. By then, the encounter had ended with the killing of five militants. The other four militants killed were identified as Arshad Ahmad Khan, son of Abdul Rashid Khan of Ganowpora village in Shopian; Aijaz Ahmad Paul alias Salahudeenbhai, son of Abdul Rasheed of  Lasdenow, Shopian; Waqar Ahmed Sheikh alias Abu Huraria, son of Muhammad Aslam Sheikh of Malik Gund,  Shopian and Arif Mir of Pahalgam, Anantnag.

“There is no Khalid in the list,” I said loud enough to be heard by my sister, who was still angry at me.

“Not our Khalid but somebody’s Arshad, Aijaz, Waqar, Arif. Somebody’s neighbour. Somebody’s senior in the school,” I kept the tension alive and went for afternoon prayers. The Zuhar prayer in our mohalla mosque was attended by only three people including me. More and more people had gone for funeral prayers to Malik’s native village. On Eid as well, more and more people prefer to offer prayers in Eidgahs or Jamia Masjids and not in local mosques.

The only thing missing that would make the day look like an Eid were firecrackers. And in an hour or so, tear gas shelling and pellet gun sounds compensated for that. “Now this looks like Eid with no celebration,” I said to myself.

The energetic crowd of the morning came back in the afternoon like a looted caravan. Ignoring each other, everyone was walking separately in the crowd. There was something in their eyes which they didn’t want to lose through eye contact with others. Their memories and phone galleries were full with photos and video of living Umer and dead Umer. They were trying hard to escape from the crowd of which they were a part but only managed to trudge. I couldn’t look at them for they were living dead bodies.

“This definitely is not Eid. Since when did a city of only dead bodies celebrate Eid?” I heard my smile saying.

Rouf Fida is a Shopian based journalist.