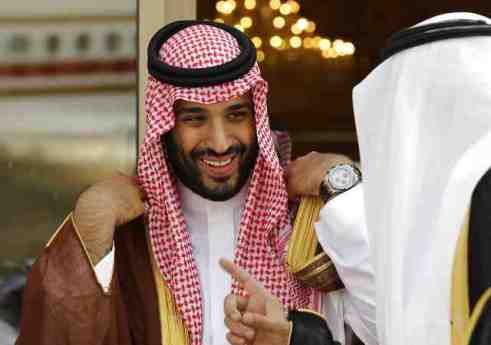 Saudi King Salman plans to relinquish power next week in favor of his son, Crown Prince Mohammed bin Salman who earned a special niche in an international area with his anti-corruption move, targeting princes, royal families and top officials with links with royal corridors of power. Unless something dramatic happens, which is quite unlikely, King Salman will announce the appointment of MBS as King of Saudi Arabia next week, now it is official.

King Salman will not let himself into oblivion but will play the role of the queen of England. He will only keep the title ‘Custodian of the Holy Mosques.’ Speculation of King Salman’s possible abdication surfaced in late June when the monarch deposed his nephew, then deputy crown prince Mohammed bin Nayef as the heir to the throne and offered the position to his favorite son, in what analysts described as a “political earthquake” back then.

The consolidation of power into the hands of one strong man will have the little trickle down effect on them. The selling off the ARAMCO shares was going to fund the economic diversification plan anyway, to get the country off its oil dependency.

The development is considered as the final stage in Mohammed bin Salman’s push for a power grab, which intensified earlier this month after the mass arrest of over 40 princes and government ministers in a so-called anti-graft probe. The number of the arrestees in the recent purge reportedly stood at more than 500, and twice that number had been questioned.

Many observers consider the crackdown as a self-promotion campaign launched by the crown prince aimed at consolidating his power. Since the establishment of Saudi Arabia as an absolute monarchy in 1932, the system has been effectively known as a hereditary dictatorship and monarchy.

Prince Salman has yet to present his plan on how to make Saudis take pride in working, historically considered to be a slave occupation.

After ascending to the throne, Mohammed bin Salman will shift his focus to Iran and Lebanon’s Hezbollah resistance movement possibly by seeking assistance from Israel, the main enemy of Arabs and aggressor on Palestine, killing the besieged Palestinians, including children. According to a report, the Saudi crown prince has already promised Israel billions of dollars in direct financial aid if they agree.
Islam should not seek help from the Satan sworn to destroy Palestinians and other Arabs and confiscate their lands for expansionist purposes.
Meanwhile, MBS is convinced that he has to hit Iran and Hezbollah,” an insider said. “Contrary to the advice of the royal family elders, that’s MBS’s next target.”
It was a pleasant surprise, and possibly a big mistake for the Saudis to come out of the closet over their secret relationship with the Israeli Zionists all of this time. The downside is the backlash from the Palestinians for having been played by the Royal Family all of these years, funding them, but in the bad with Israel the whole time.
Riyadh has taken on more aggressive policies since bin Salman’s elevation to the position of the defense minister and deputy crown prince in 2015, and later to the position of crown prince.

While the Royals run the country like a mafia in religious robe costumes, the kingdom is currently struggling with plummeting oil prices. The Al Saud regime also faces criticism over its deadly military campaign against neighboring Yemen, which it launched on March 26, 2015. Many also see Riyadh’s policies as a major cause of the crises unfolding in the region, especially in Syria and Iraq.
The country used to be a big garbage dump because no Saudi would ever handle garbage. This allowed the first major wave of US company nonoil contractors to create the first garbage collection service, with foreign slave workers of course. Thus began the US first inroads of the plan to balance the oil imports balance of trade with development contracts and military course equipment.
And, of course, the USA and especially Trump will have no problem working with another strong man – be a dictator or democrat or US agent. All that Americans want is the king and allies serve particular US interests.
Russia’s strongman Putin is consistently polling higher than any democratic leader in history, and our media and government organs propagandize us with stories about how Russia is suffering under a despotic leader, that any suffering is really due to our sanctions and anti-Russian jihad which is only serving some multinational interests.

Political observers consider the recent mysterious resignation of Lebanese Prime Minister Saad Hariri in Saudi Arabia as a prelude to Mohammed bin Salman’s push to confront Hezbollah. Lebanon says Hariri, who led a coalition government including Hezbollah, has been forced by the Saudi regime to resign and is currently being held there, with President Michel Aoun calling the detention an act of aggression against his nation.

Senior Lebanese officials and other world leaders have been trying to figure out what is going on behind the scenes in the Hariri case, with many of them pressuring the Saudi regime to secure the safe return of Hariri to his homeland. A source close to Hariri said he is expected to leave Saudi Arabia for France before flying home to Beirut to officially submit his resignation.
The various former colonialists all had their weapons sales inroad with the former colonies, who just happened to be NATO countries, so the US was happy to share as it kept those countries arms industry in production all during the cold war.

The Higher production runs brought down the “per unit” cost for domestic use, and hence stirring up foreign conflicts became an ongoing dirty business for Western democracies. Even the effective strength of the Soviets was puffed up by the CIA to keep our armaments up.

Western supremacy game today is different than from the Cold War days, but the goal has never been to win or lose, but to keep the game going. And we are seeing that going on now at the most sophisticated level in its history.

Here USA and Russia in their usual ways while China plays a bit differently, while countries like India and Pakistan, controlling alien Jammu Kashmir by illegal and immoral means, is unable find its place in the game.